If the amendment is approved this would limit the number of parks with encampments to 10, and only allow 10 tents in each park. 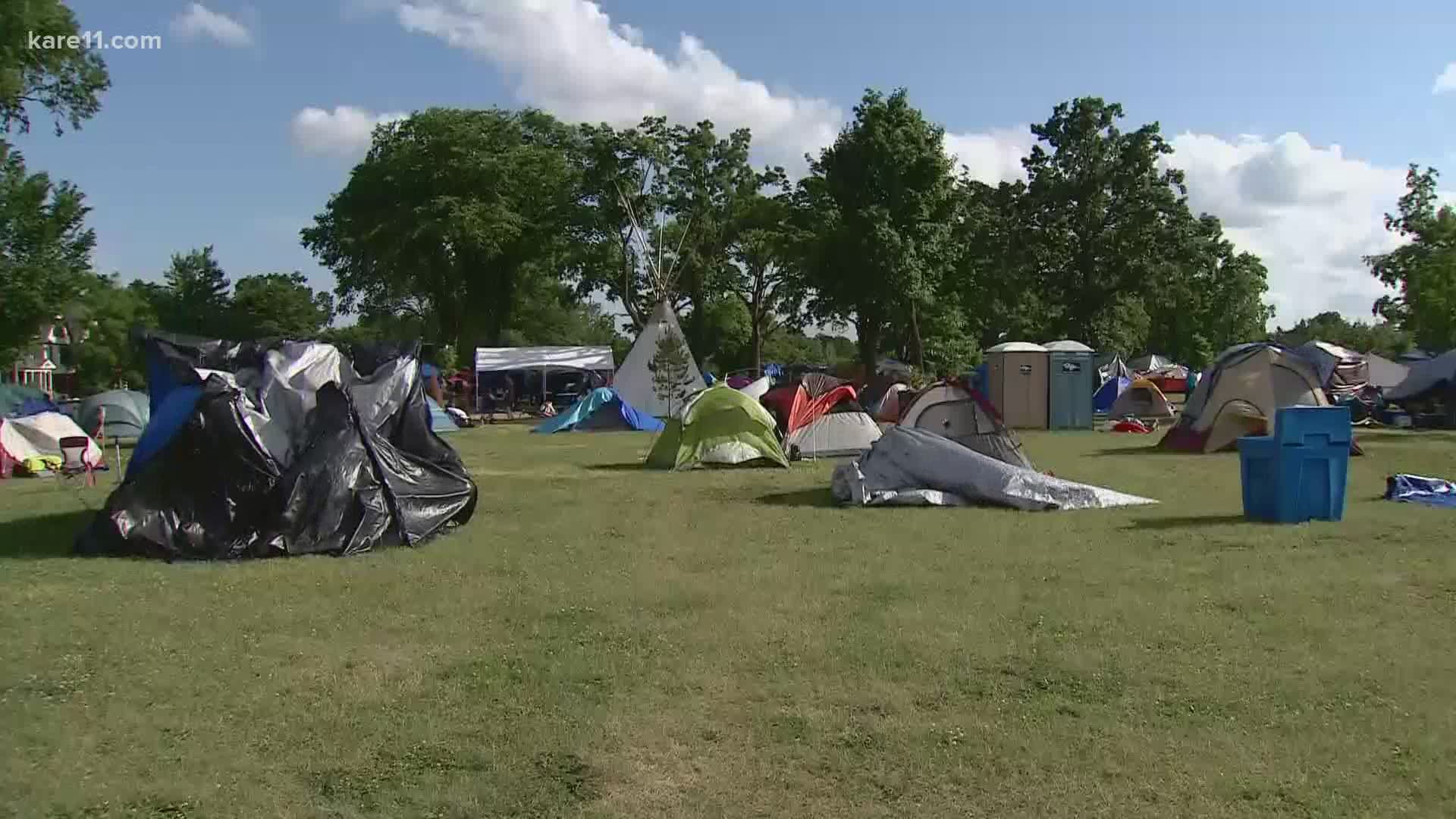 MINNEAPOLIS — Its been nearly three weeks since hundreds of people set up camp in Powderhorn Park and now with the potential of being forced out in the coming months many people say they have no plans of leaving any time soon.

The south Minneapolis park has become a place where some go to unwind and enjoy a little outdoor recreation, but for others it's become a safe space and a home.

"You got everybody over here getting food, clothing, whatever they need, they've got a shelter, tents," said resident Vaughn Yaints

Less than a month ago, the Minneapolis Park and Recreation Board deemed neighborhood parks a refuge place for the homeless. However, a new amendment could force people, like Yaints, out come September 1st.

"We're staying, they send the cops in its not only going to be us they have to face they're going to have to face our neighbors," said Yaints.

If the amendment is approved this would limit the number of parks with encampments to 10, and only allow 10 tents in each park.

"They don't have enough parks to do that," said Yaints.

"I think that its extremely inhumane to set regulations or any kind of specific requirements around things without providing the resources or the tools to be able to meet those," said Lamb.

While this community within a community awaits its fate, residents say the park will remain a safe space if some of the neighbors have anything to do with it.

"Until someone gives me an answer of where else they can be I don't see another scenario," said Yaints.

We did reach out to the president of the Minneapolis Park and Recreation Board however, we are still waiting to hear back from him.