A march instead of a parade was held this year, returning Pride to it's roots. 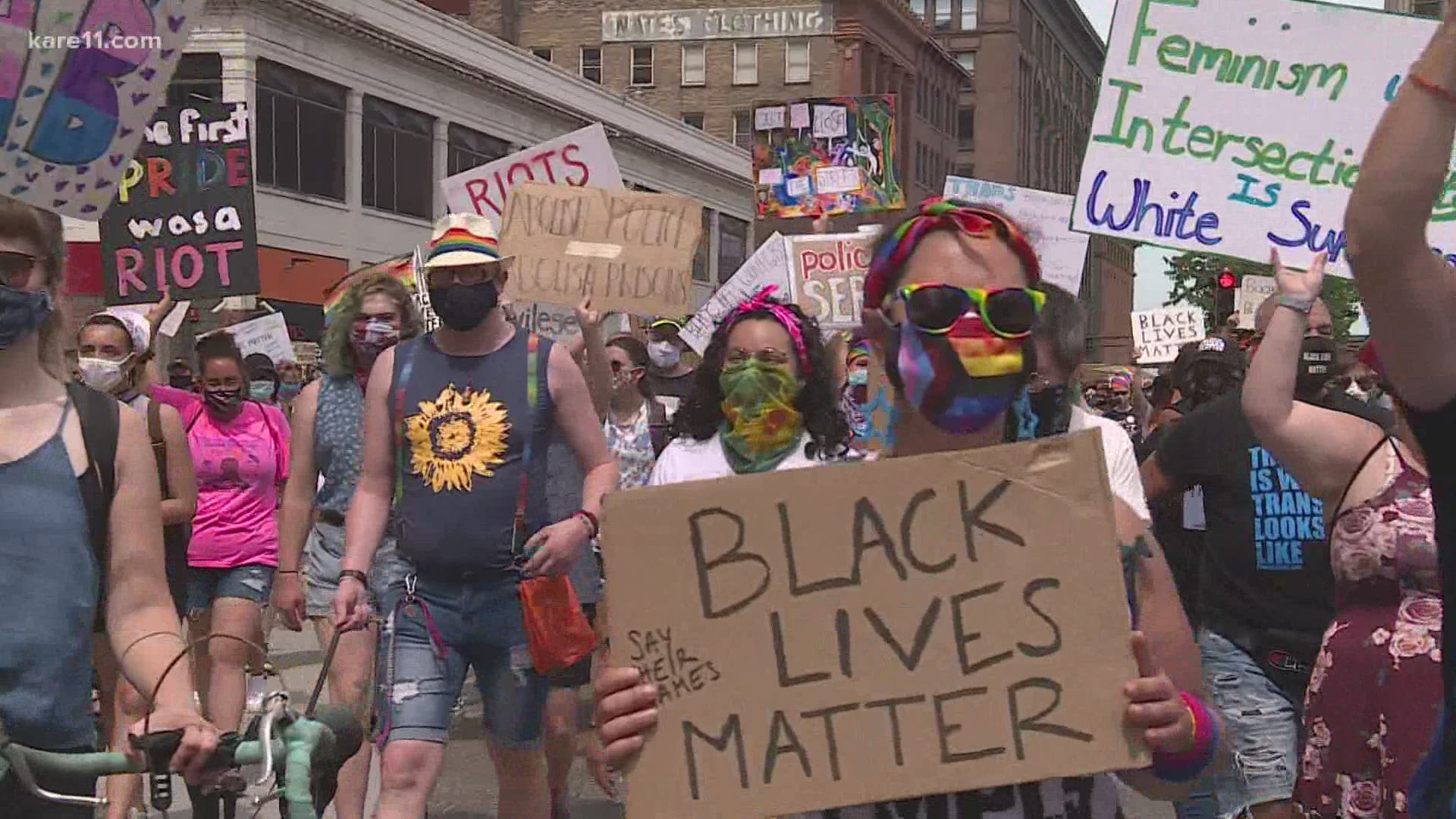 People still danced and wore colors of the rainbow but the Rhythm of hurt is what led many LGBTQ people and their supporters to Hennepin and 4th Street Sunday. Black LGBTQ people say they want to make sure their voice is heard in the fight for Black lives.

Instead a Pride parade, there was a protest demanding justice for George Floyd, Community Control of Police  and defending Black Trans people. Organizer DJ Hooker said this is the fourth year The Twin Cities Coalition for Justice 4 Jamar, TCC4J,  called for protests at Twin Cities Pride. The organization formed after Jamar Clark was killed by police in 2014. The group rallies around police crimes.

"We are calling this the 'Pride take back.' We are taking back pride," Hooker said. "It is really sad times. It has been a month since George Floyd's death and that still impacts a lot of people.

Ten-year-old Danni VanPelt was among the participating sharing their truth.

"Being trans and 10 isn't the best thing," VanPelt said. "I continuously felt unsafe during police protest. Whenever I see a police officer I start shaking. It is not fair. That is not supposed to be happening."

Among the group of nearly 1,000, many said they were proud to stand up for what they believe is right. The group started in downtown Minneapolis near the Gay 90's Bar, another symbol linking today's demonstration to the roots of Pride. Riots erupted in New York City in June 1969. The New York City Police Department  raided a gay bar named the Stonewall Inn,  another example of discrimination. Stonewall become known as the catalyst for a half-century of LGBTQ civil rights activism.

"I am glad [the parade] is not happening and we are doing this march. A lot of people have lost the meaning of Pride. Really it was black trans people who fought against police and the Stonewall riots," one participant said. "People are awakening and understanding a lot of things. The more people that show up the better to show we are not happy. Change isn't going to happen if we don't raise our voices and show up."

Several demonstrators said the death of George Floyd inspired them. A red star bearing Floyd's name is among the stars at First Avenue. Next to it, there is a rainbow created with mini post-it notes. Embedded in the rainbow is the message "Stronger Together."

RELATED: Not having in-person Pride can be hard on LGBTQ youth