Retrieve a Golden of the Midwest (RAGOM) celebrates their 35th anniversary

They have saved over 9,000 dogs since their start and are celebrating with a special event this weekend. 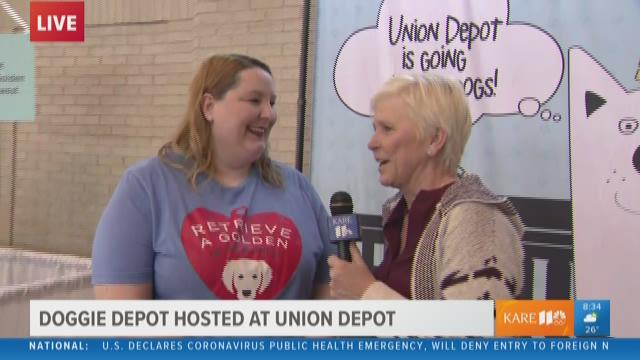 MINNEAPOLIS — Retrieve a Golden of the Midwest (RAGOM) was started in 1985 by Jane Nyggard who is still involved with the organization. It all started by her fostering a shelter dog whose time was up.

9,000+ Golden's and countless volunteers later, they have grown to be the largest Golden Retriever rescue in the Midwest and one of the largest in the U.S.

RAGOM doesn't just take in dogs from the Midwest.  They bring in dogs in need all over the country and have brought in 145 Golden's from Turkey, China, and Korea.

This Saturday, Feb 15th from 5 p.m. - 8:30 p.m., they are celebrating their 35th anniversary with a "Be Mine" valentine's themed party.  There will be appetizers, non-alcoholic drinks, a cash bar, “Foster Show,” raffles, kissing booth, and more. The event will be held at the Hyatt Regency Minneapolis (1300 Nicollet Mall, Minneapolis, MN 55403).  To purchase tickets and find out more, visit their event page.

RELATED: Top cat and dog names in Minneapolis in 2019

RELATED: After every puppy in her litter died, dog 'adopts' orphan puppies