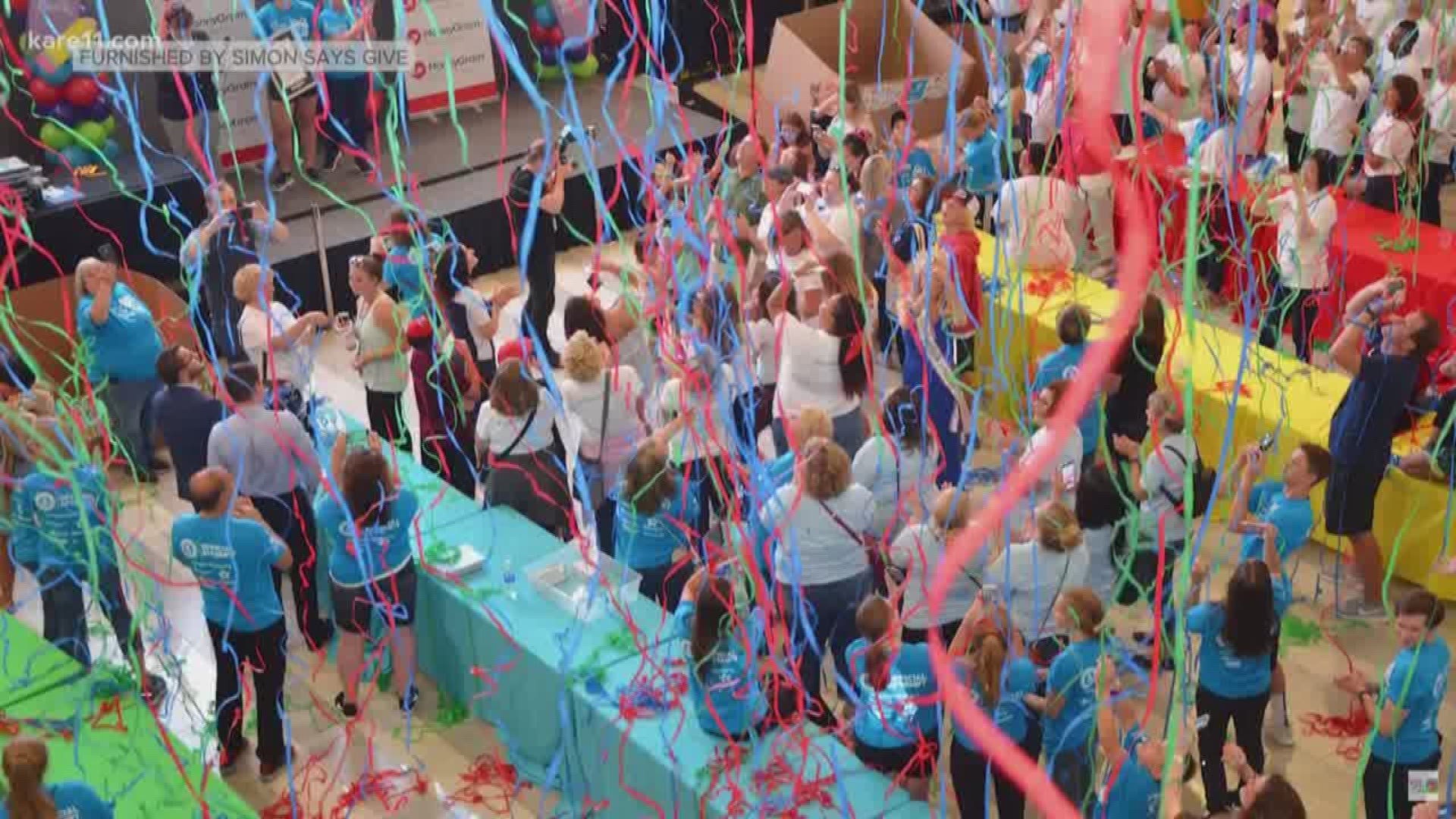 BLOOMINGTON, Minnesota — Simon Says Give is gearing up to stuff thousands of school backpacks for local children at the Mall of America in Bloomington. The event is Saturday, July 27, from 10 a.m. to  3 p.m. in the mall’s rotunda. Simon Says Give was started eight years ago. 7 year old founder Mandi Simon realized not all children could afford to celebrate their birthday and wanted to change that. Simon Says Give began to provide Birthdays in a Box for children in need.

Since then, the charity expanded to create High Five for Supplies.The donated backpacks and school supplies will be distributed to deserving kids in the Minnesota area. Simon Says Give expects to pack 8,000 backpacks in six hours. The public is invited to cheer on volunteers!