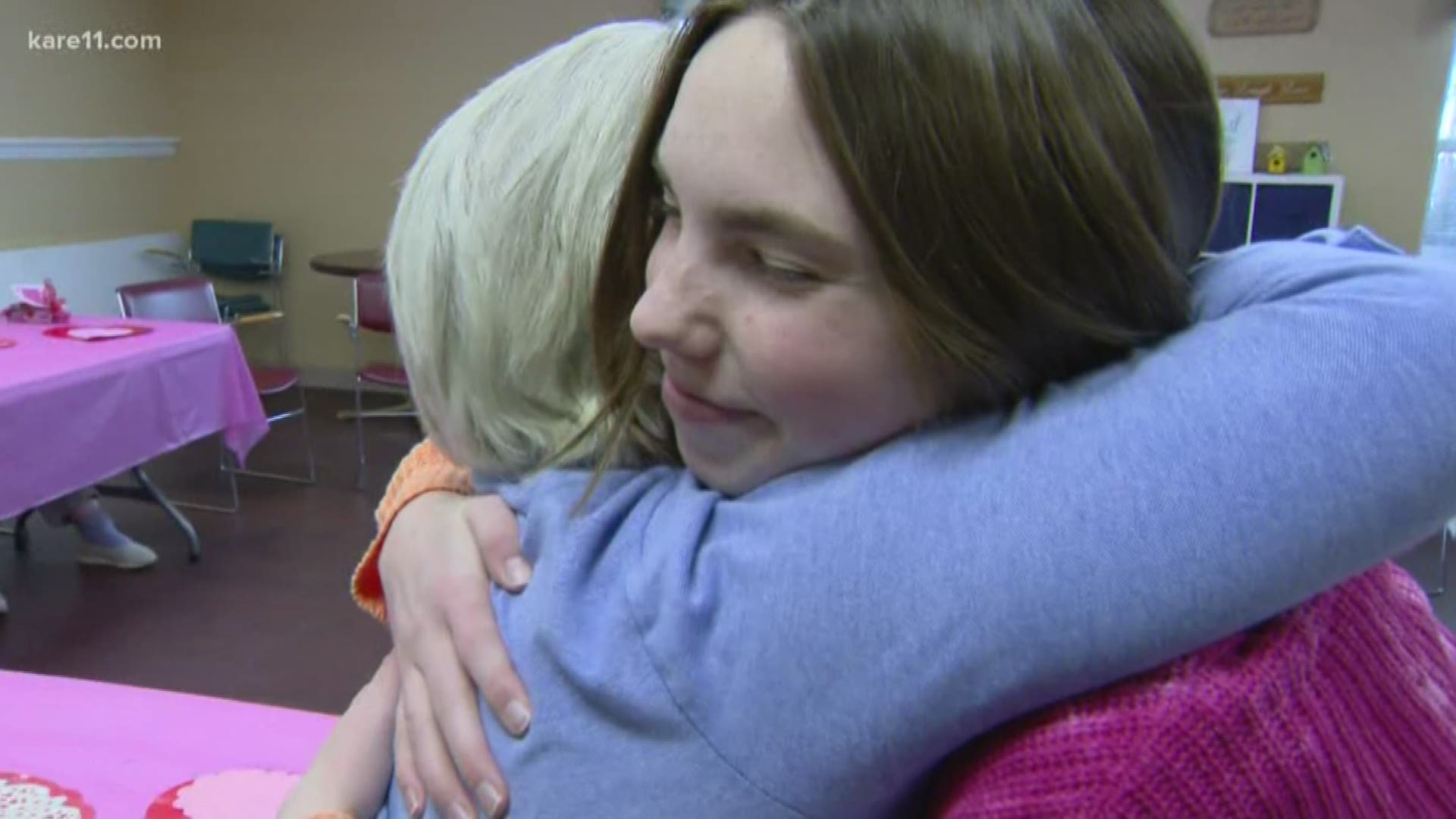 MINNETONKA, Minn. — A 15-year-old Twin Cities girl has made it an even dozen.

For the 12th straight year, Carly Glomstad has delivered Valentines and warm hugs to hundreds of seniors, cancer patients, homeless youth and others.

Carly started her Valentine’s Day tradition at age of four. “She got a book for her birthday,” Tina Glomstad, Carly’s mother explained. “It was called ‘Love, Ruby Valentine.’ It was about a little girl who loved valentines so much that she delivered treats, all in her wagon, to everyone in her town.”

Carly was inspired by the book – then, and now.

Each year, she fundraises to pay for the contents of her goodie bags. The excess, Carly  donates to charity – a total of $45,000 in donations since she started.

“I’ve been here almost four years and every year she’s been here,” Aggie Kubal, a New Perspective resident, said.  “She’s an angel – she is.”

From the activity room, Carly pulled her wagon through halls, knocking on doors and treating more residents to hugs and gift bags.

“She's created this community of people that expect her to show up every year,” Carly’s mother said.  “I don't think she has it in her to say no this year.”