Whether it's a Turkey Trot or Drumstick Dash, thousands of people across the metro are working up an appetite before the big feast. 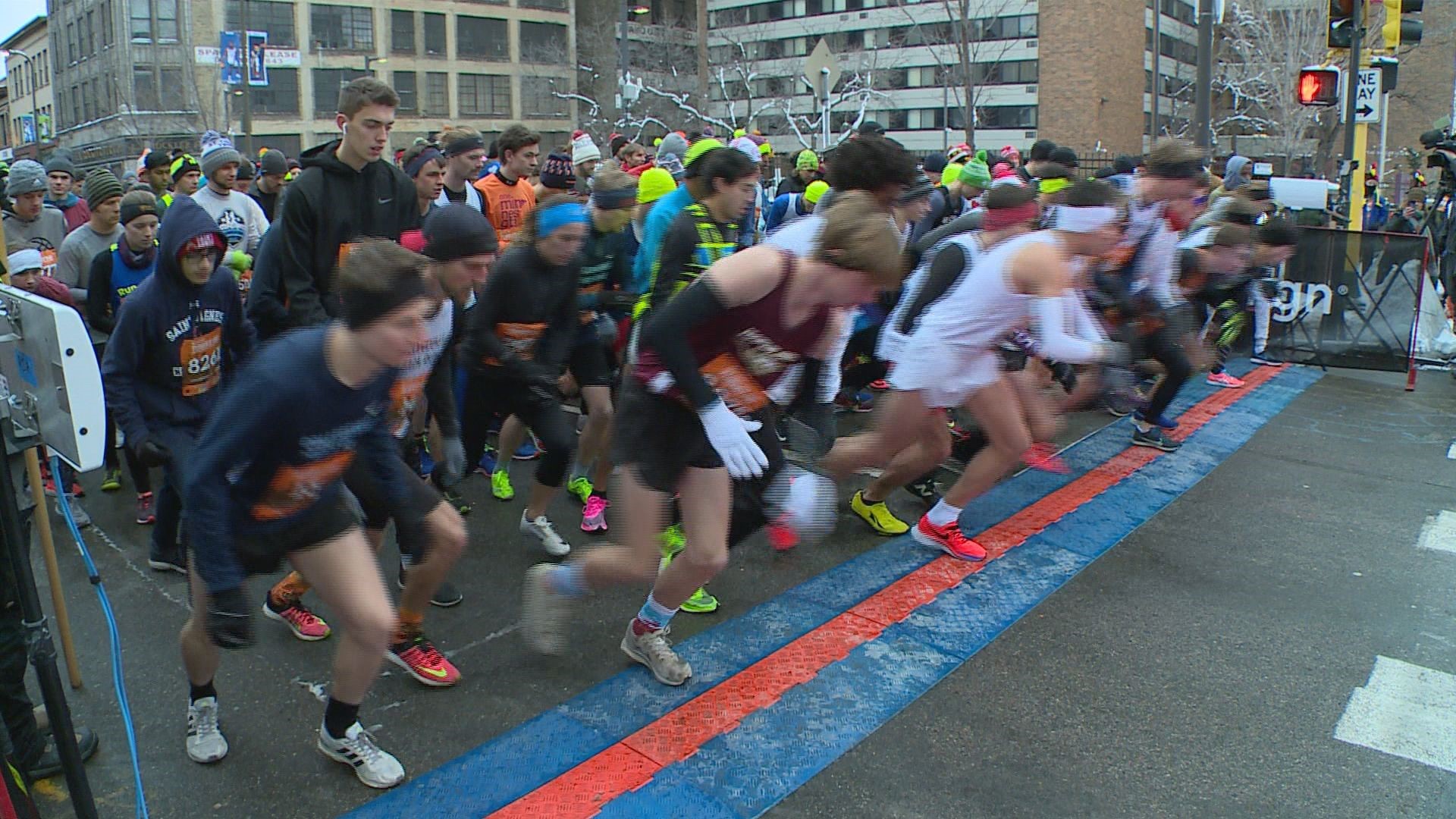 MINNEAPOLIS — On this snowy Thanksgiving Day people across the Twin Cities metro are getting some last-minute exercise before piling up their plates with food.

According to RunGuides, up to 10,000 people will participate in the St. Paul Turkey Trot this year. Thousands more were expected at the Chanhassen Turkey Trot, the Rochester Turkey Trot, Maplewood's Turkey Day Trail Trot, and the Drumstick Dash 10K in Minneapolis.

The Invisalign Turkey Day 5K also takes place in Minneapolis. According to Life Time, which produces the race, 7,500 people preregistered and another 500 people were expected to sign up this morning.

Now in its 31st year, the 3.1 mile route winds through downtown and features views of City Hall, US Bank Stadium, the Guthrie Theater, Gold Medal Park, the Stone Arch Bridge and mighty Mississippi.

While not a requirement, many people dress up as turkeys before going home to... well... dress a turkey.

It's a win-win. Not only are participants doing something good for their own bodies, they're also feeding local people who rely on the more than 1,000 food shelves Second Harvest Heartland supports.