Boemer says he’s grateful for the community’s support and their help in reuniting him with his smoker. 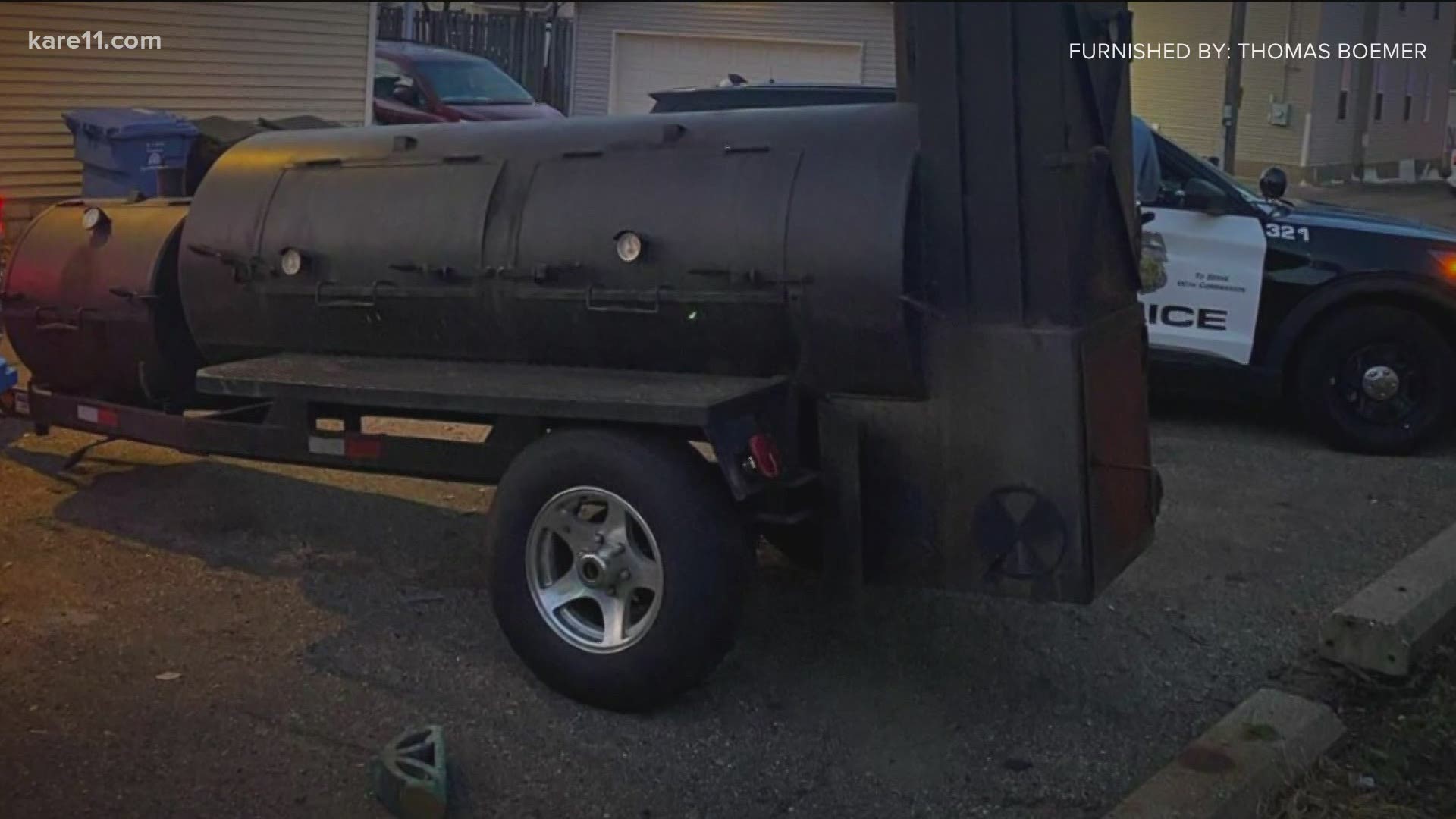 MINNEAPOLIS — Sunday afternoon, Twin Cities chef Thomas Boemer went to South Minneapolis to perform some routine maintenance on his smoker. The smoker had been parked in the parking lot of his former restaurant, Corner Table. When he pulled into the lot he noticed that his prized two-ton, custom built smoker had been stolen.

Boemer says the smoker had been secured with steel cables. “Whoever took it cut through those cables like it was nothing,” Boemer told KARE 11’s David Peterlinz.

He used the smoker for numerous community events and charity functions over the years, and was devastated. “It was a very intense level of defeat, especially at this time,” according to Boemer.

His family encouraged him to put a call-out on social media and within hours the community responded. Boemer says in addition to the messages of support that he was getting “showered with,” he said people went out to actively look for the smoker.

Late Monday afternoon, a tipster had called Boemer’s Revival location in St. Paul and told staff that they thought they had located the smoker in an alley in South Minneapolis. One of his chefs relayed the message to Boemer who made a “beeline” to the location where the caller had thought they spotted the missing smoker.

When Boemer drove into the alley he knew right away that it was his smoker. “It’s there… it’s not busted, it’s not broken. I was just glad to have it,” Boemer says. Boemer immediately called Minneapolis police who came out to investigate the scene.

According to Boemer, police have not charged anyone yet. Boemer says he’s grateful for the community’s support and their help in reuniting him with his smoker. He says he hopes the perpetrator(s) are ultimately caught.

When Twin Cities chef Thomas Boemer posted to social media that his 2-ton smoker had been stolen, the community rallied around him in a huge way. Tonight we’ll hear from a grateful Boemer & how the community played a role in a happy reunion. Join us for @KARE11 News at 10. pic.twitter.com/lgDujPI4pk