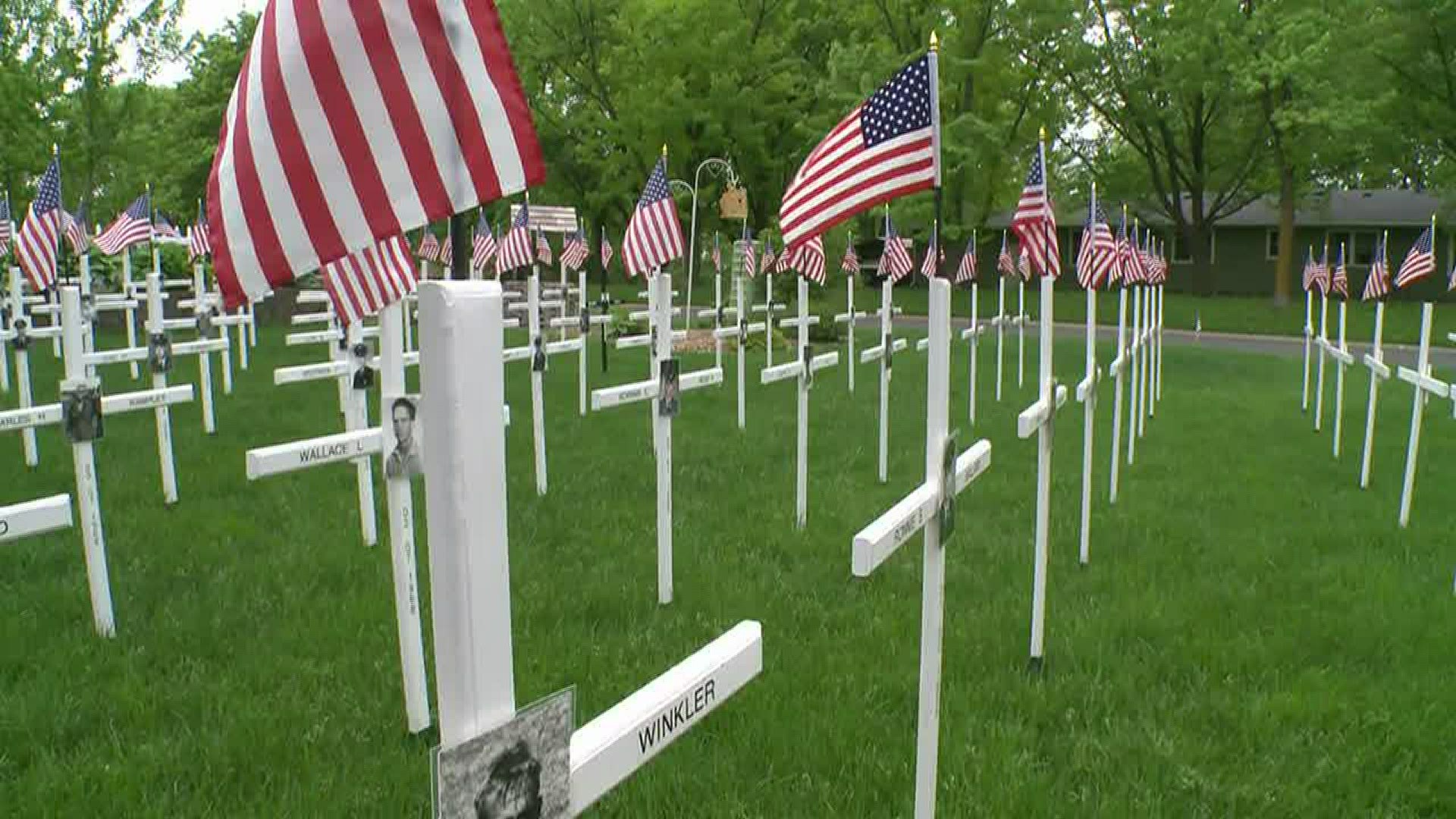 WATERTOWN, Minnesota — Every year on Memorial Day, Rick DeNomme's yard in Watertown holds 95 crosses. Each cross has the name of a soldier, their picture and the date they were killed in action.

"It's a remembrance," said Rick DeNomme, who served in the U.S. Army from 1966-1967 during the Vietnam War. "You get a lot of people. Some drive by, some drive slow... some people come up and talk to me and visit for a little while and I just love that."

DeNomme created this memorial of crosses for the men he served with and the ones who came after who never made it home.

"These are the guys that served with Charlie Company, 3rd Batallion, 22nd Infantry from September of '66 through '71. There's 95 killed in action," DeNomme said.

DeNomme personally knew the men in the first row and a half.

He recalled an encounter with PFC George A. Fogarty saying, "When we were on the ship, he was leaning up against the post one day all by himself and looked very sad and I went over and talked to him. I said, 'What's up?' And he said, 'I'm not coming home.' He knew then that was he not coming home and he ended up being the very first man that got killed over there."

The company now has a scholarship in Fogarty's name.

DeNomme's been placing the crosses in his yard during the week leading up to Memorial Day since 2001. He was inspired by the company's reunion in Baton Rouge, Louisiana where a trail was lined with crosses of all those killed in action.

"You forget that these men that were killed are like 19, 20 years old. You think of them as being old men... they're not. They were all young, very young. I mean when Rick went in, he was 19," recalled Joyce DeNomme, Rick's wife.

Rick's family helped him make the memorial. He plans on taking down the crosses on Tuesday.

RELATED: How to observe Memorial Day in the age of coronavirus

On Memorial Day morning, the American Legion Post 121 surprised DeNomme with a visit to his memorial. They read a poem and played "Taps" among the crosses.

DeNomme said, "Memorial Day weekend is for these guys—all my brothers."