Matson was shot and critically wounded the night of Jan. 6, 2020 as he responded to reports of a suspicious person at a home in Waseca. 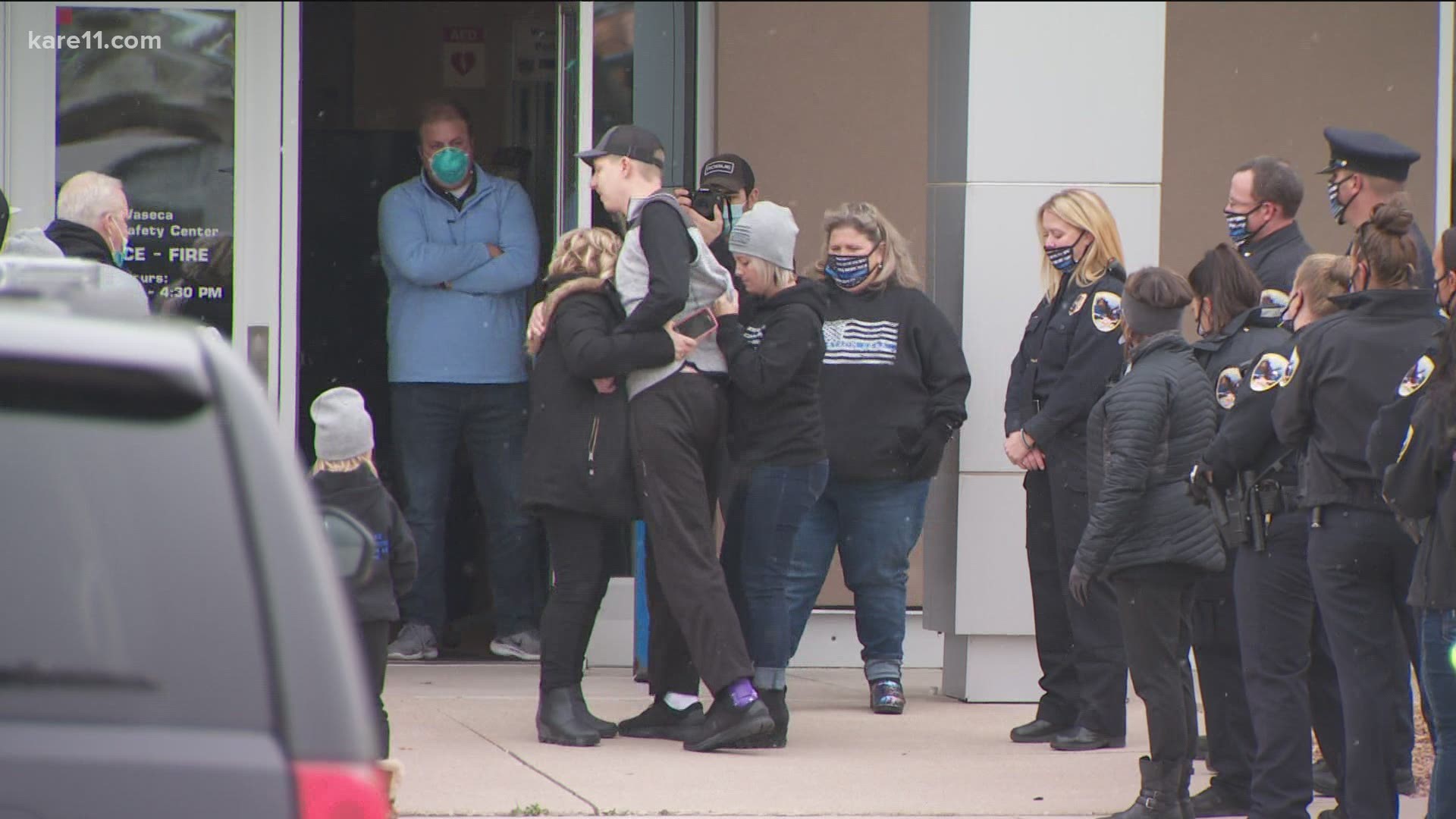 WASECA, Minn. — Defying the winds of winter and a usual lunchtime lull, the community of Waseca came to the curb Monday afternoon to welcome home one of their own.

More than 10 months after he was gravely injured on the job, Officer Arik Matson returned home Monday. And the community lined State Street downtown for a welcome home parade.

“We’ve been watching on the news ever since he got hurt. Just glad to see he’s finally going to get back home,” said Nyla Hansen, who drove with her husband Larry from St. Ansgar, Iowa, to greet Officer Matson.

“He’ll be able to see how many people have been watching and following him,” shared Stacy Holling, who brought her three daughters and niece to downtown Waseca for the brief parade.

The downtown parade offered a stark contrast for the recovering officer. For the last several months, Matson has received treatment at several out-of-state medical facilities.

“He had to fight this battle himself because no one could go to Omaha to see him until about one month ago,” said Joyce Langerud, Officer Matson’s grandmother.

But on Monday, Matson took his next steps toward recovery surrounded by his family, fellow officers and community.

“Today he didn’t have to do it alone. No, he’s got a lot of support today,” Langerud said.

For more information on a fund that has been set up to help purchase an accessible car for the Matson family, click here.