Shot in the head while responding to a call last year, officer Arik Matson received the customized cart to help him get around and increase his independence. 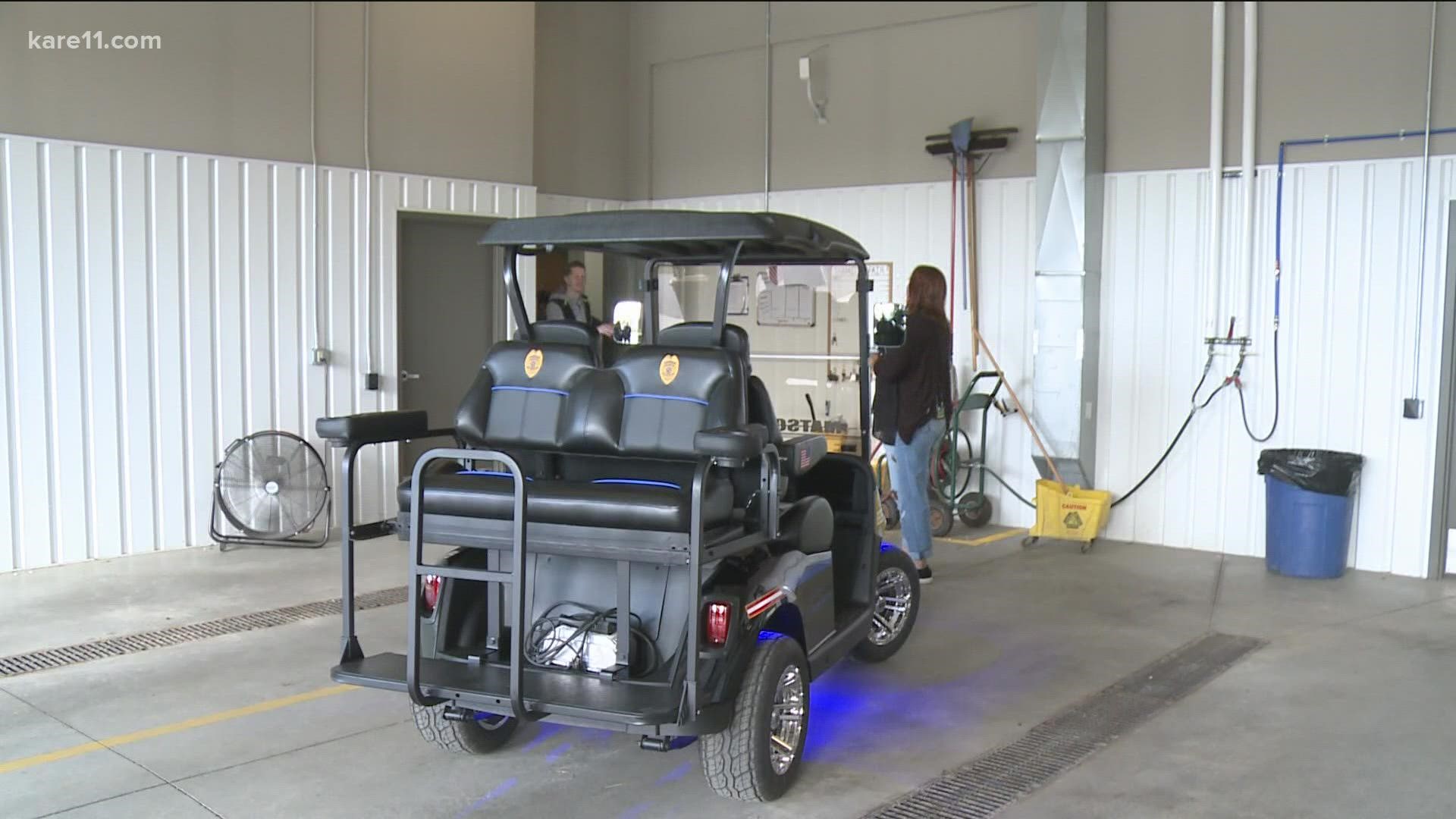 WASECA, Minn. — On Monday, there was a special surprise for the Waseca police officer who was shot in the head while responding to a report of someone prowling around a backyard.

Officer Arik Matson survived the January 2020 shooting but the bullet left him with a traumatic brain injury.

"I have met him before," Bartlett said. "I went to a few fundraisers and did a few things."

This time, she helped raise money for a customized golf cart. Bartlett says she provided Minnesota Golf Carts with some design ideas and the company exceeded expectations.

"It was a team effort," Bartlett said. "The suite seats, the decals. The captain of the Waseca Police Department. Everybody came in and put their heart and soul into it."

Bartlett presented Matson with the golf cart at the police station Monday. Matson's wife, Megan Matson, was in on the surprise.

"I hope this motivates you and pushes you each and every day to want to get outside," she said to her husband.

After 16 months straight, Matson is now taking a break from in-person therapy to prioritize his mental health.

"We have had the last month off and within that last month we have noticed that Arik has finally found the motivation inside himself," Megan said.

They believe their daily lives will also improve now that Matson can drive their daughters around.

"They're just going to jump in here and be like this is so cool," Matson said. "I've just had to rely on Megan and ride with people so this will make it so much easier to get out and have some independence back. I feel so comfortable driving something like this versus an actual vehicle."

Matson plans to use his new golf cart to take his daughters trick-or-treating this year. One of them plans to dress up as a police officer. The other, a surgeon.