Cooper HS girls to get championship rings after all

Kindness: it has a nice ring. 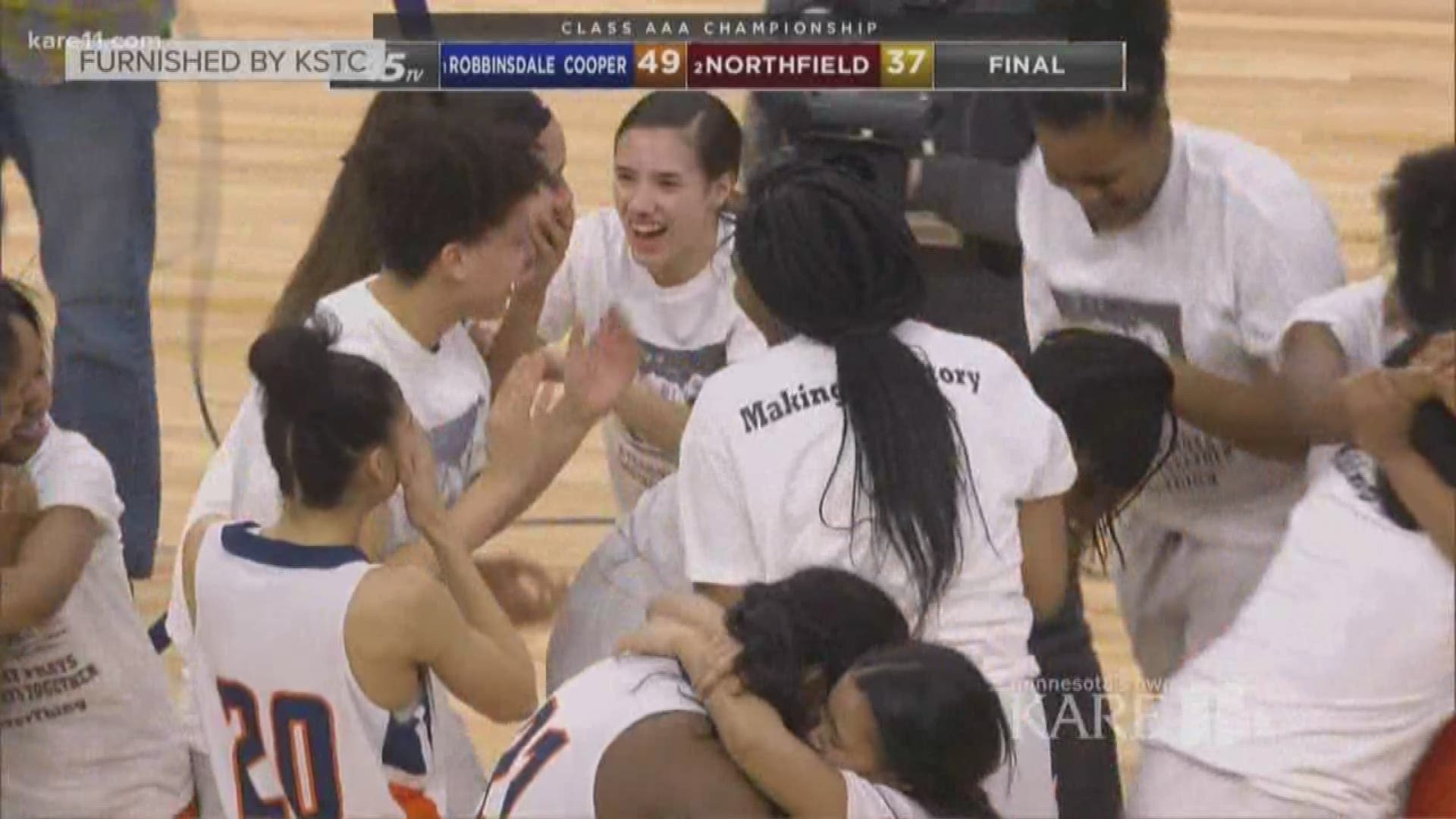 NEW HOPE, Minn. – A crowdfunding campaign is about to put championship rings on the fingers of the Cooper High School girls' basketball team.

Donations to a GoFundMe page have topped $5,000, the goal set by the fund organizer.

“That's so generous, we love our community for that,” said Jayla Reliford, a freshman ballplayer.

The fund was started after a misunderstanding. Upon winning their state championship, each girl was handed a catalog of rings. Players assumed they just needed to pick one out.

Days later, they asked coach Kiera Buford when they would be sized.

“We've got to buy them,” Burford told her players.

But few of, if any, of the girls could afford a $300 championship ring. “We were heartbroken,” said senior T.T. Longs.

Their coach could empathize. “It's funny,” Buford said, “because I remember doing the same thing when I was a player.”

Buford helped win two state championships as a student player for St. Paul Central. She didn’t get a ring either time, and has regretted it ever since.

“This time around I would like to get the rings,” she decided.

That’s where the Cooper community stepped in, contributing more than $5,000 in three days.

The money will pay not only for the rings, but for an extra special end-of-season banquet.

Kindness: it has a nice ring.

“I'm never taking it off when we get it,” said Cooper freshman Andrea Tribble. “It's not coming off my finger.”