Reggie McAllister is on the tail-end of his recovery journey after months of hospitalization and rehabilitation. 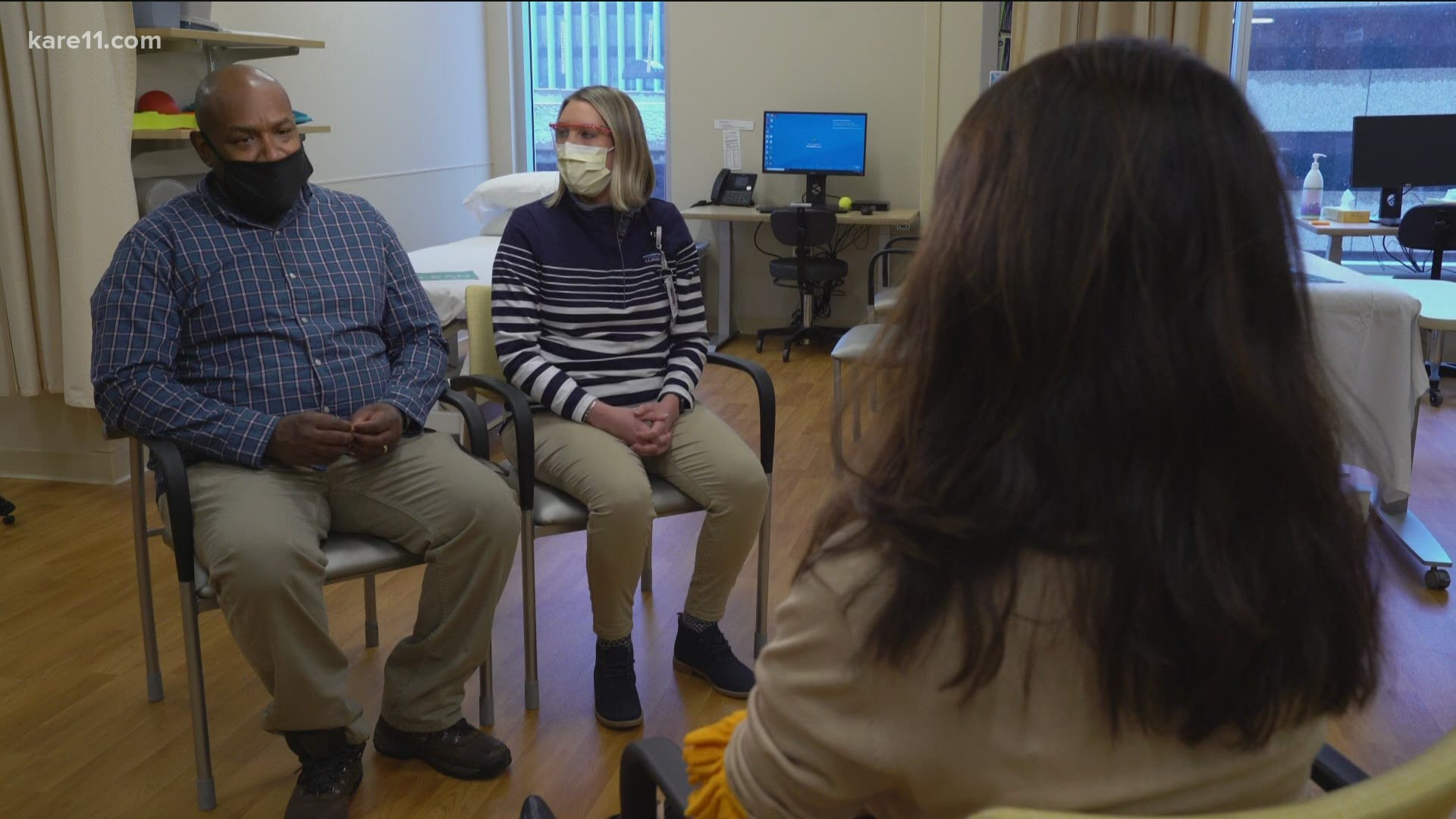 MINNEAPOLIS — Learning to drive all over again in a hospital room wasn't a part of Reggie McAllister's plan for 2021.

"I'm back independent again, and slowly getting back to the way I used to be," McAllister said.

Last year, around this time, he didn't need help driving or help working on his reflexes and hand-eye coordination. However, COVID-19 changed all that.

"It was around the end of April, I was completing my shift at Wellstead of Rogers," The certified nurse assistant said. "I was having a headache, fatigue, and a headache. At the end of my shift, I took my vitals, come to find out I had a 101 fever."

A positive COVID-19 test and just a few days after, Reggie's condition worsened to a point where he had to be put on a ventilator.

McAllister said he remembers not being able to do much when he came to.

"Feeling helpless, and not being able to see my family, that was the worst part of it all," he said.

From there, Reggie had to start from scratch. COVID having left him bereft of motor functions, and the delicate coordination between his eyes and brain.

"He had some pretty notable nerve issues with numbness and tingling in his arms and hands, he was having problems with his fine motor coordination," Courtney Mitchell said. "He said cutting meat and stuff like that was challenging for him as well as larger gross motor movements that was testing well below normal limits. Reggie also had some notable issues with visual perception, so how your brain is interpreting what you're seeing."

McAllister said he remembers having some pretty dark days.

"Just feeling a little depressed to be honest," he said. "My job as a CNA is to care for others, and just to be on the other end of it, it was really a shock."

Months of hard work and therapy have landed him at the tail-end of his recovery. Reggie is now the first person to remind others of the long-term consequences of COVID-19.

"Definitely been a lesson, on how people should take it serious," he said. "They should take this serious."

"I know we've had a lot of people in the ICU that are in their 30's, Reggie is only 50," Mitchell added "It really impacts a large variety of people and in a much more profound way than most people realize."

You can find out more about Reggie's recovery and the work of the doctors from Hennepin Healthcare where Reggie made his recovery, here.