Engines were dispatched around 5 p.m. after a report of a building on fire at 2412 Central Ave NE. On arrival fire crews found flames extending from the 2nd floor. 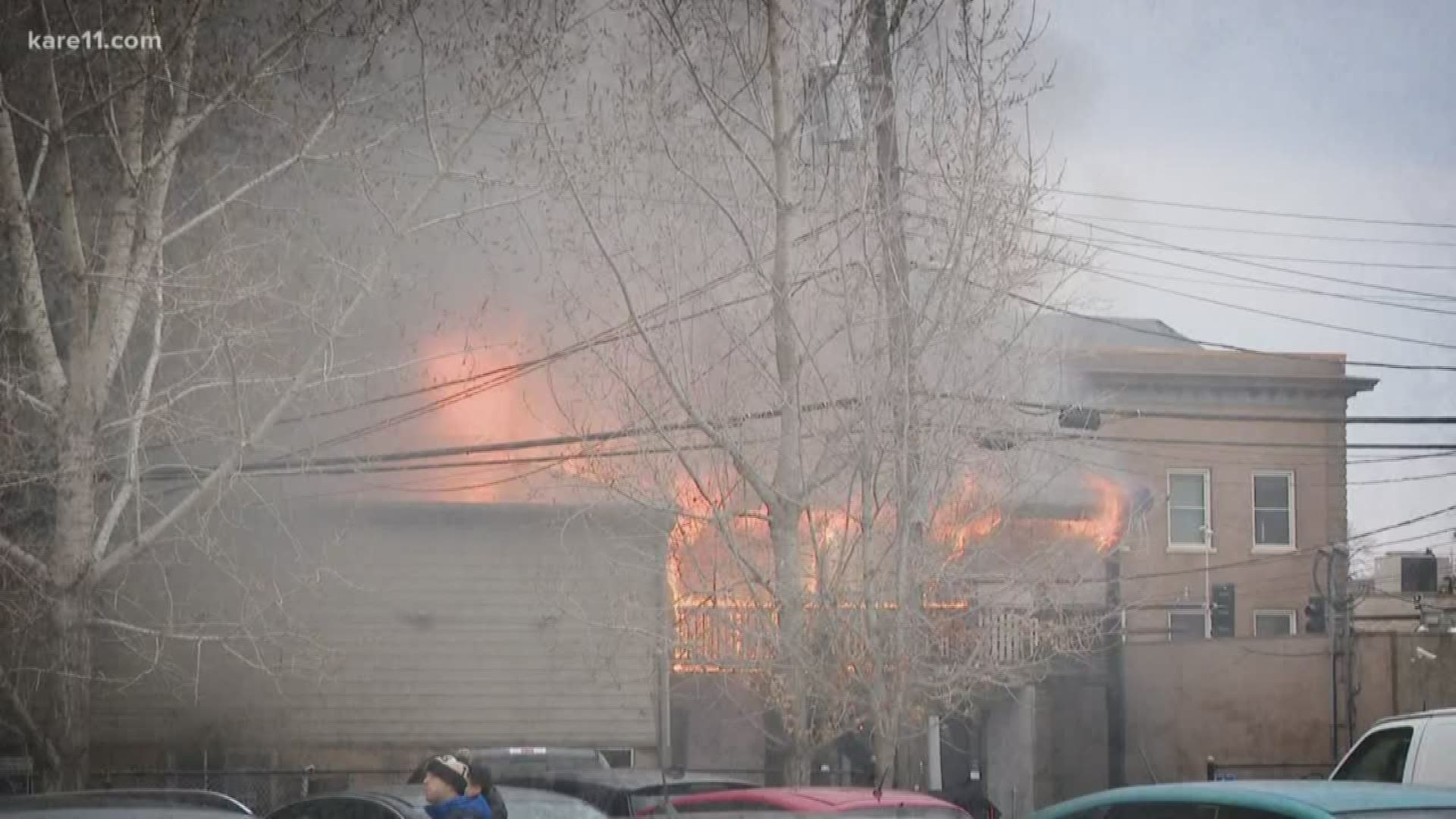 Minneapolis Fire officials say engines were dispatched around 5 p.m. after a report of a building on fire at 2412 Central Ave NE. On arrival fire crews found flames extending from the 2nd floor.

The Northeast restaurant staple El Taco Riendo is in one of the buildings affected by the fire. On its Facebook page El Taco Riendo told customers to stay strong, and urged them to visit the new location in Crystal.

Minneapolis City Council member Kevin Reich was on scene for much of the night, and on social media lamented what he calls the loss of "some of our community’s most well-known and beloved independent family-owned businesses."

Council Member Kevin Reich
A tragic situation is unfolding in the heart of Northeast right now,... with a 4-alarm fire on one of Central Avenue's most active blocks. The fire apparently started earlier this evening in an apartment above El Taco Riendo and even though the Fire Department went all in on suppression, it now threatens several more buildings.

The Red Cross is assisting a number of residents who lived in the apartments above the ground floor businesses with food, clothing and shelter.

At this point investigators have not commented on a specific cause.

OTHER NEWS: Canada says no athletes at Tokyo Olympics if no postponement; Australia says prepare for 2021

OTHER NEWS: Do you have medical masks you could donate to health care workers? Here's where you can drop them off