One day after Minneapolis resident and expectant mom Natalee Fadden showed KARE 11 surveillance video of a man stealing a crib from her front doorstep, Target stepped up with an offer to replace it, no strings attached. 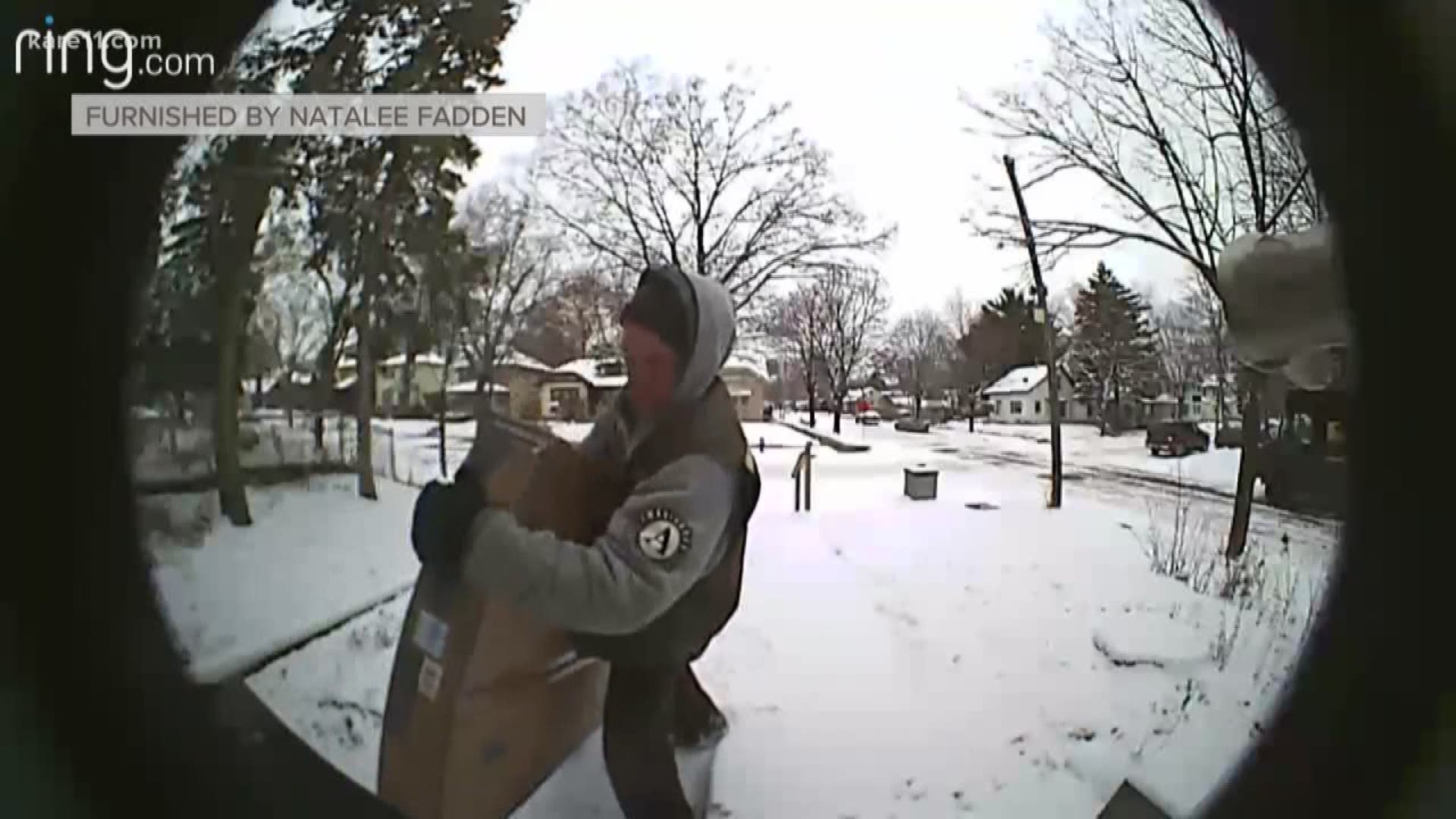 MINNEAPOLIS - Never doubt the sympathetic power of an expectant mom, and the beauty of happy endings.

On Wednesday we introduced you to Natalee Fadden, a Minneapolis woman who is waiting on a little package of her own this Holiday season. Unfortunately, Natalee and her husband had one BIG package stolen right off the front steps, but today came word Minnesota-based Target is stepping up to return joy to their season.

"Target is sending me a new crib, no questions asked (delivery address changed for obvious reasons so don’t even try, thief, since I’m sure you’re seeing all of this go down! and UPS Corporate got back to me and will be speaking with local UPS about this," Fadden posted on the True North-Legacy Facebook page. "The point is, y’all in NoMi have rallied together for a pregnant lady you don’t even know and I’m lucky to live in a community that cares so much! So thank you all and happy holidays!"

In addition, UPS has told Fadden they will be sending a $200 check to cover the inconvenience of the ordeal. Her surveillance tape shows UPS delivered the package but did not ring the doorbell or knock to alert Natalee, who was home.

The saga started a few weeks ago when Natalee, just a couple months shy of her own delivery of a baby boy, was expecting a different kind of package to show up at their front door.

"I ordered a crib on a Cyber Monday deal," she said. "And it came within two days and I was home and waiting for it."

She checked her Target order and it said it was delivered -- but there was no giant crib box in sight. So she checked their doorbell video app.

"Sure enough UPS had delivered it," Fadden said. "They didn't ring the doorbell, they didn't knock on the door."

They continued watching the video, eventually revealing a Grinch with a maternity twist.

"And then about an hour after the footage of the UPS guy dropping it off, there was footage of some stranger in a tan Trailblazer that just came and took the package and left."

Fadden said she imagines the size and shape of the big box was alluring.

"More than likely they thought they were stealing a TV. The box was TV-shaped so ...," she said.

Fadden reported the theft to Target, UPS and the police -- and then posted it on a Facebook community page.

The post was meant to be a warning for others in the area but it quickly turned into an outpouring of support, from a community wanting to take care of one of their own.

"A lot of people wanted to pitch in to try to replace the crib for us or give us their own crib they're not using anymore," she said. "This part of Minneapolis doesn't always get the best rap for it, but there's a lot of good people over here that really want to help."

Fadden says they can replace the crib.

"I just keep telling myself that maybe they needed it more than I did," she said.

But she's grateful for the affirmation, from a community delivering kindness at just the right time.

"Because as we know it takes a village to raise a child," she said, "and it's a huge village over here that wants to help."

Police want to remind everyone to consider having your package delivered to your work, to a neighbor who is usually home, or request that a signature be necessary for a package to be left.