It's unclear if any of the the shootings are connected. 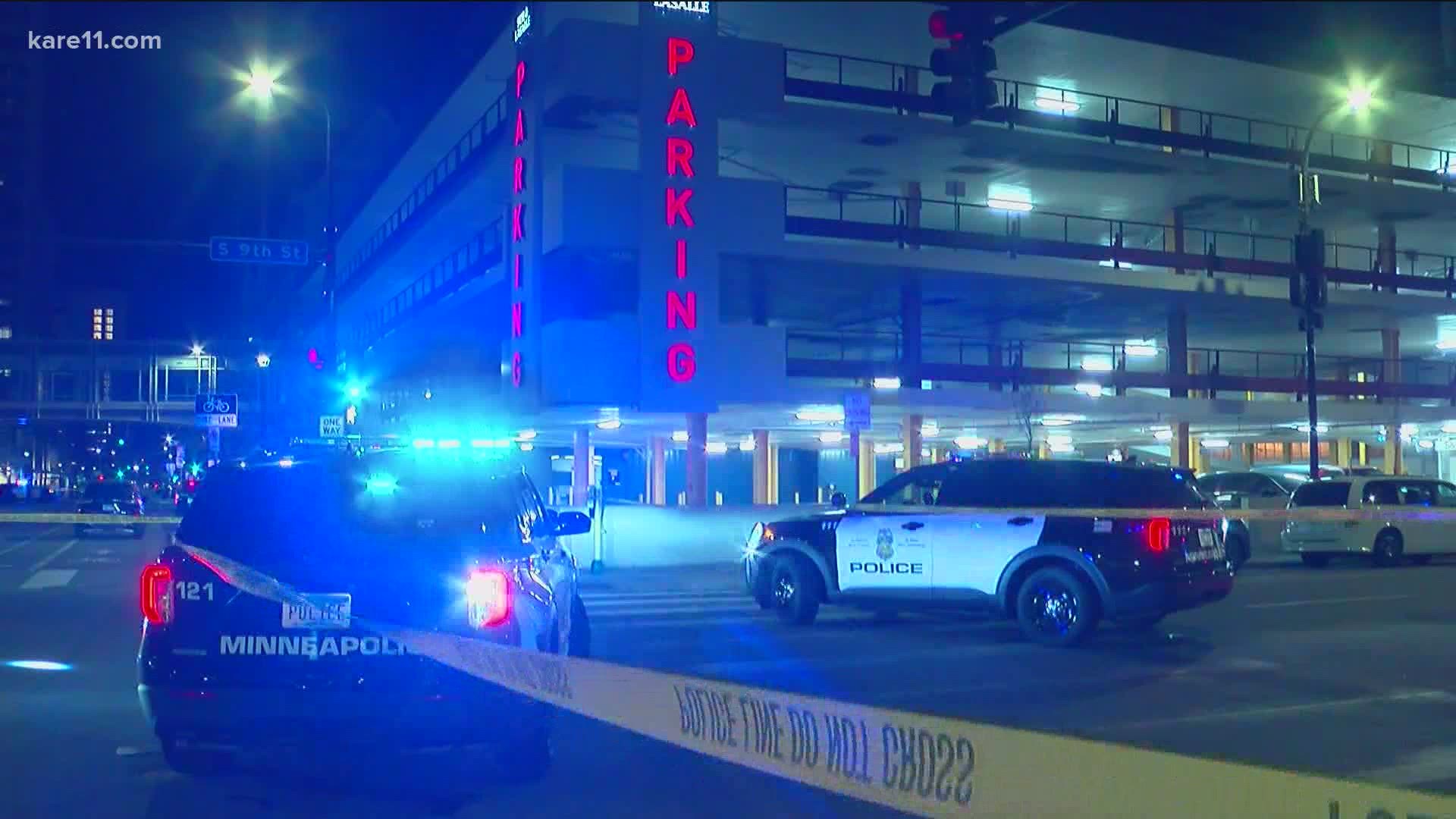 MINNEAPOLIS — A woman was killed and a man was injured in a Saturday night shooting in downtown Minneapolis, police said. It was one of several shootings to occur throughout the night across the city.

According to Minneapolis Police Department spokesperson John Elder, officers responded to the area of 9th Street South and LaSalle at 10:22 p.m. after 911 callers reported hearing gunshots.

On the way, they were told that a man appeared to be lying on 9th Street South between LaSalle and Hennepin avenues. Elder said police arrived and found the man. He had been shot, but his injuries weren't life-threatening. He was taken to the hospital via ambulance.

Other officers at the scene found a woman dead on the 9th Street and LaSalle parking ramp. It's the city's 26th homicide this year.

According to Elder, the suspect fled before police arrived. Police have conducted interviews with people who may have been in the area during the shooting, but no one is in custody.

Earlier in the night, police say two people arrived at North Memorial Medical Center after a shooting just after 7:30 p.m. near the 4200 block of Webber Parkway.

Just before 3:30 a.m. Sunday, officers responded to a report of shots fired at a party in the area of the 2100 block of West Broadway. When officers arrived, they found a man inside a building with an apparent gunshot wound. He was transported to North Memorial and is in critical condition, according to police.

Authorities say shortly after the man arrived at the hospital, another man was dropped off at North Memorial with a gunshot wound that officials say wasn't life threatening. Within an hour of the shooting, a woman was dropped off at Methodist Hospital after being shot. Police say her injury is believed to be non life-threatening as well.

It's unclear if there if any of the shootings are connected.

On Sunday, KARE 11 spoke to Spike Moss, who calls himself a "Freedom Fighter against gang violence."

At this time it's unclear if the shootings were gang-related, but Moss says if we want to change gun violence we need to look inside the home and get rid of the snitching mentality.

Spike has held gang summits all around the country and will hold the summits inside churches.

"One of the things we still have in our favor is we have great pastors and this is a spiritual war," Spike said.

Moss says he is working with Gov. Tim Walz to organize a summit highlighting gang violence in Minnesota. He says he hopes it will take place soon and said we need to continue having these conversations.