One man was killed, a second man suffered a gunshot wound and is listed in stable condition. 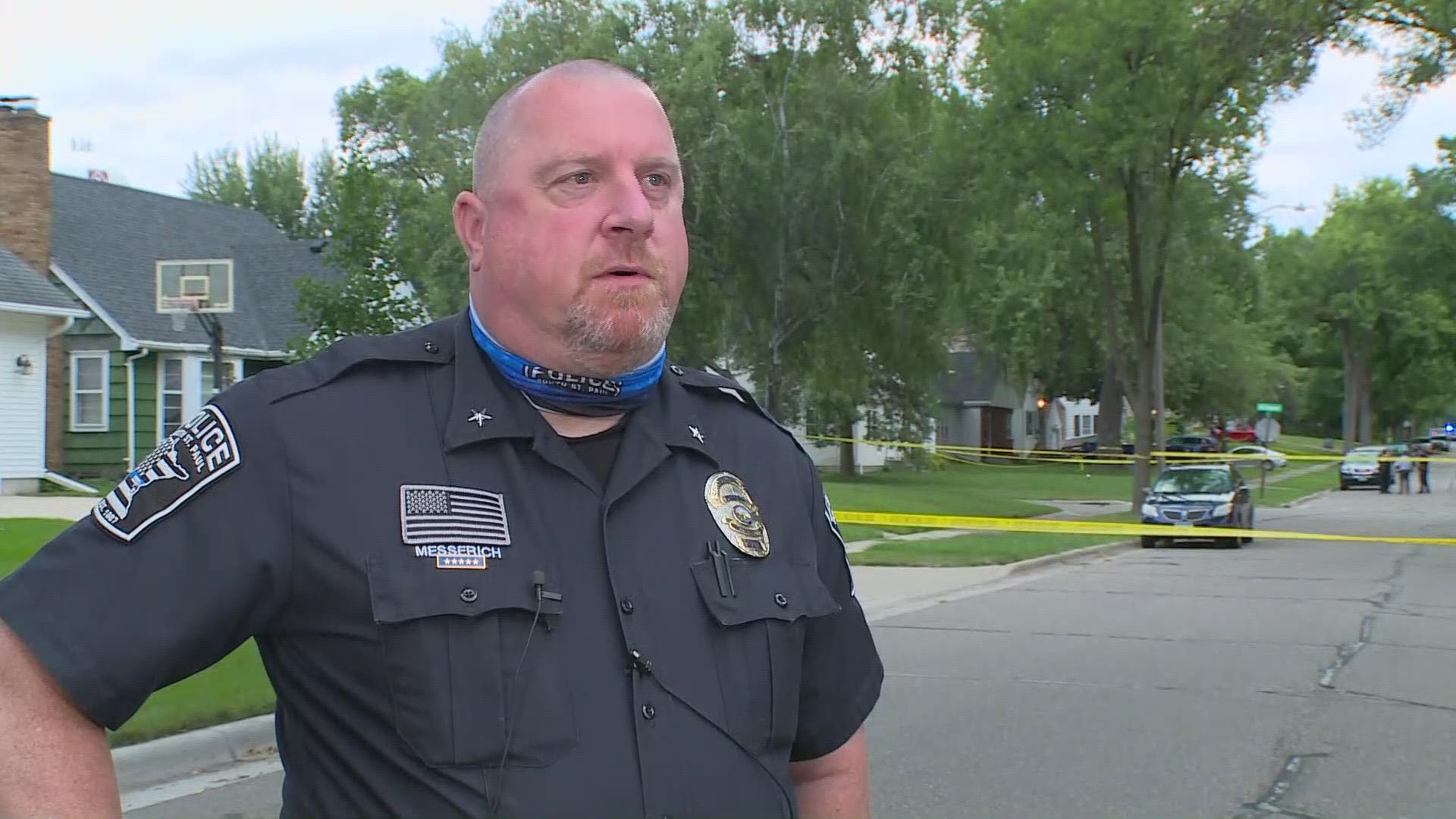 Jerome Deshawn Misters, 35, of Newport has been charged with murder and attempted murder in connection to the shooting.

Squads were dispatched to a scene near the intersection of 17th Ave. N and Congress Street just before 4 a.m. on a report of shots fired. When officers arrived they found two adult males in or near the street suffering from gunshot wounds.

Lifesaving measures were started and the victims were rushed to the hospital, where one died of his injuries.

The man who died has been identified as 33-year-old Matthew Perkins of St. Paul. An autopsy revealed Perkins had been shot five times and died of blood loss, officials said.

South St. Paul Police Chief William Messerich says the second man, a 36-year-old from Bayport is in stable condition, with wounds believed to be non-life threatening.

The 36-year-old was able to speak to police and said that he and Perkins had been shot after getting into a heated argument with a man in front of the house where the incident occurred.

A woman who was in the home with Misters told police that earlier in the evening, MIsters told her that he got into an argument with Perkins on the phone.

Misters then later told her he just received a threatening text from Perkins who was now outside the residence, police said.

Misters ran outside and the woman said she hear gunshots, police said.

The woman then also went outside and saw one victim lying on the street who was shot asking for help, the criminal complaint reads.

The woman said that as she dialed 911, she saw Misters standing over Perkins and shooting him, according to the complaint.

A neighbor said she opened her door and saw a man running down the street with a gun shooting the ground, and she later realized he was shooting a man, prosecutors said.

Officers located multiple shell casings, a glock in a storm sewer and a magazine about a block away from where they found the handgun, police said.

At around 7 a.m. the same morning, officers were speaking to staff at a hotel that Misters was known to frequent when they saw Misters walk into the hotel and asked staff to use the phone "because he needed help and wanted to call his family," the complaint reads.

Misters was then taken into custody.

#UPDATE: Two shooting victims, both male, one has died. Searching for suspect. pic.twitter.com/NPNx8Zita4

The Minnesota Bureau of Criminal Apprehension (BCA) is on scene assisting with the homicide investigation.