"She was truly a light," a friend and co-worker described the victim, Kjersten Schladetzky. 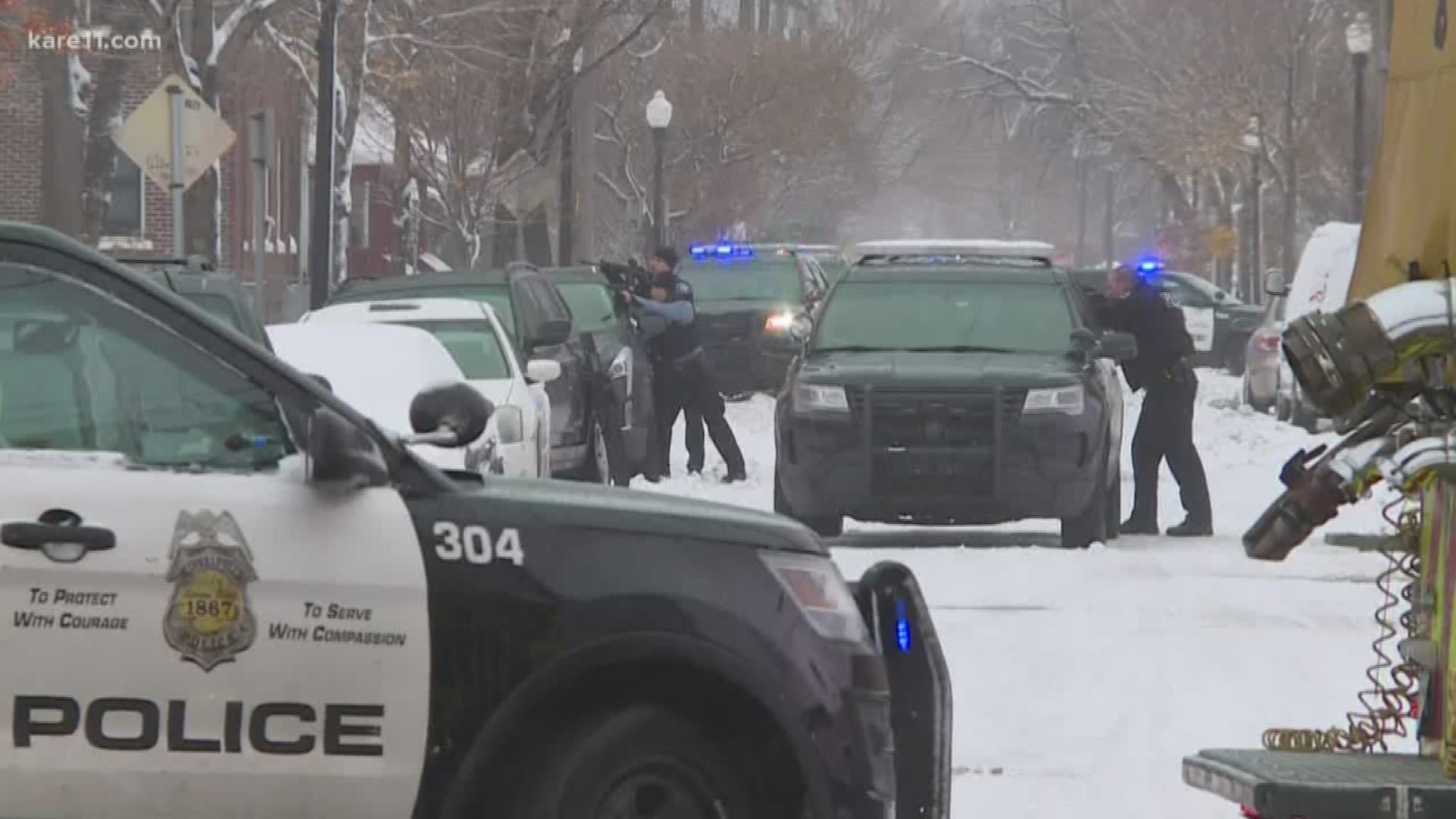 MINNEAPOLIS — Minneapolis Police say four people, including two children, a woman and a gunman, were shot and killed Sunday morning in the city's south side.

Police aren’t yet officially identifying those fatally shot in the incident but family, friends and neighbors say the victims are Kjersten Schladetzky and her sons Nelson and Will, ages 8 and 11.

Neighbor Erik Wiltscheck says he’d helped Schladetzky shovel her driveway earlier Sunday morning. Wiltscheck was walking home from a store around 10 a.m. when he saw the boys chased out of their home by their father, then shot and killed in the front yard.

"It was just so tragic. They were kids full of life. Always playing in the backyard. Just having fun," Wiltscheck said.

Officers quickly responded to the home on the 2700 block of Oakland Avenue S., near Abbott Northwestern Hospital. They found the two boys outside of the home with what would turn out to be fatal wounds.

Police spokesman John Elder said an "adult male," ran into a house where more gunfire was heard by the responding officers. According to Elder, the shooting appears to be a "domestic" situation. The suspected shooter is David Schladetzky. Court records show Kjersten and David finalized a divorce in June.

The Minneapolis Bomb Squad was also outside the home because they have a robot with a camera that allows them to see inside the house without risking the lives of officers. Elder added that bomb squad vehicles were also being used as meeting places for officers to keep them out of the cold.

Inside the residence, officers found a deceased woman and a deceased man. They believe the additional gunshots they heard were the ones that killed her.

Kjersten worked many jobs involving arts and culture. For the past four years, she was the consulting director for Tessitura Network—a nonprofit that works with arts and cultural organizations on their technology needs.

"Deep, deep sadness at the entire event. She was truly a light," said Andrew Recinos, president of Tessitura Network. Recinos said he considered Kjersten a friend and that she quickly was promoted to a director level.

"She was one of the few people I knew who was both tough as nails and gentle as a lamb," Recinos said.

Recinos said he had met her kids a couple of times and added, "She certainly talked about them all the time. They were her life."

Kjersten also spent 2001-2006 working as a box office manager for the Historic Theatre Group, a management company for the State, Orpheum and Pantages theaters.

"She was wonderful. She was always so sweet and kind," said Nichole Cassavant, who used to work the box office with Kjersten. "She could really just make you feel like a friend like right away when you met her."

Neighbors Eric Stiver and Wiltscheck put balloons, flowers and other items on the family's front porch. Other people were also seen Monday placing flowers at the home.

"It feels like there's a dark cloud over the neighborhood, as we speak," Stiver said.

Identification of the victims via the Medical Examiner's Office is pending.