When officers arrived they had to deal "with a chaotic scene." 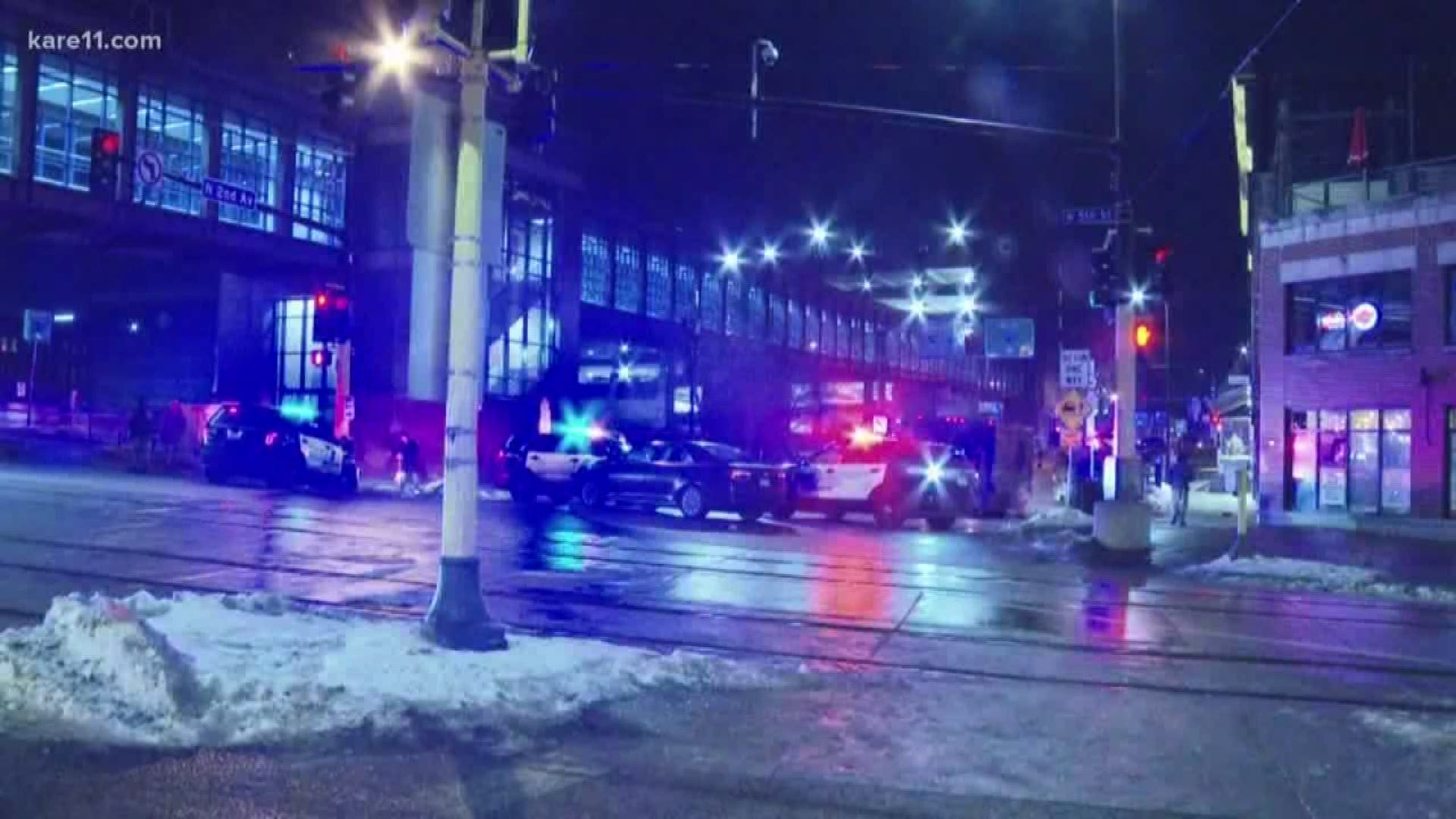 MINNEAPOLIS — One man is dead and another injured after an early Sunday morning shooting in downtown Minneapolis.

According to Minneapolis police, officers responded to a "chaotic scene" at Rouge at the Lounge shortly after 2 a.m. Sunday.

Several people called 911 reporting shots being fired inside the nightclub, which is part of the Warehouse District.

Police found a man in his 20s, suffering from a gunshot wound.

According to Minneapolis Police Spokesperson John Elder, the man had no pulse. Officers immediately began chest compressions until his heart began beating again and he was taken to Hennepin County Medical Center (HCMC). Elder said the man died several hours later at the hospital.

Employees from HCMC called police and reported that another man in his 20s walked into their emergency room with a non-life-threatening gunshot wound believed to be from the same incident.

The shooting happened just down the street from Dulono's Pizza & Bar. Victoria Gruett, a bartender and server at Dulono's, said, "It's bad for business. People don't want to come down here if they don't think it's safe."

Last summer, a rise in violent crime in downtown Minneapolis led to more attention on the issue.

"They're not just happening in downtown. There's other areas and parts of Minneapolis where crime is a problem and in Minnesota, in general," said Sarah Paul, general manager at Pizza Luce Downtown.

Paul said Monday morning she is attending a Late Night Alliance meeting. According to Paul, the alliance includes representatives from the city, hospitality industry, city council, Minneapolis police and more that work together to address issues.

"It's a great place for families to still come... Just down the street from the Target Center where they host Disney on Ice and all those sorts of things. So we're hoping that more businesses keep coming to this area," Paul said.

According to Elder, having a larger police department means they're able to adjust resources, as needed.

"As we look to move forward and head into the summer, there may be officers that are transferred into areas where we're seeing these trends or patterns that work in completely different units," Elder said.

Paul said she is encouraged by the partnerships happening in downtown, saying, "I just think the collective communicating, and working together, and having more eyes on the situation, and putting our efforts together collectively can help hopefully bridge the gaps that are occurring and not cover up those problems but help really find solutions to them."

Sunday morning's shooting happened just down the street from another one that took place early Saturday morning. Police responded to a call of shots fired in the area of 4th Street North and 2nd Avenue North at about 1:45 a.m. Two men suffered non-life threatening injuries.

Elder said, at this point, Sunday's shooting has not been linked to any other recent crimes but they are still investigating.

Tips may also be submitted at www.CrimeStoppersMN.org.

All tips are anonymous and providing information that leads to an arrest may result in a financial reward, according to a news release. 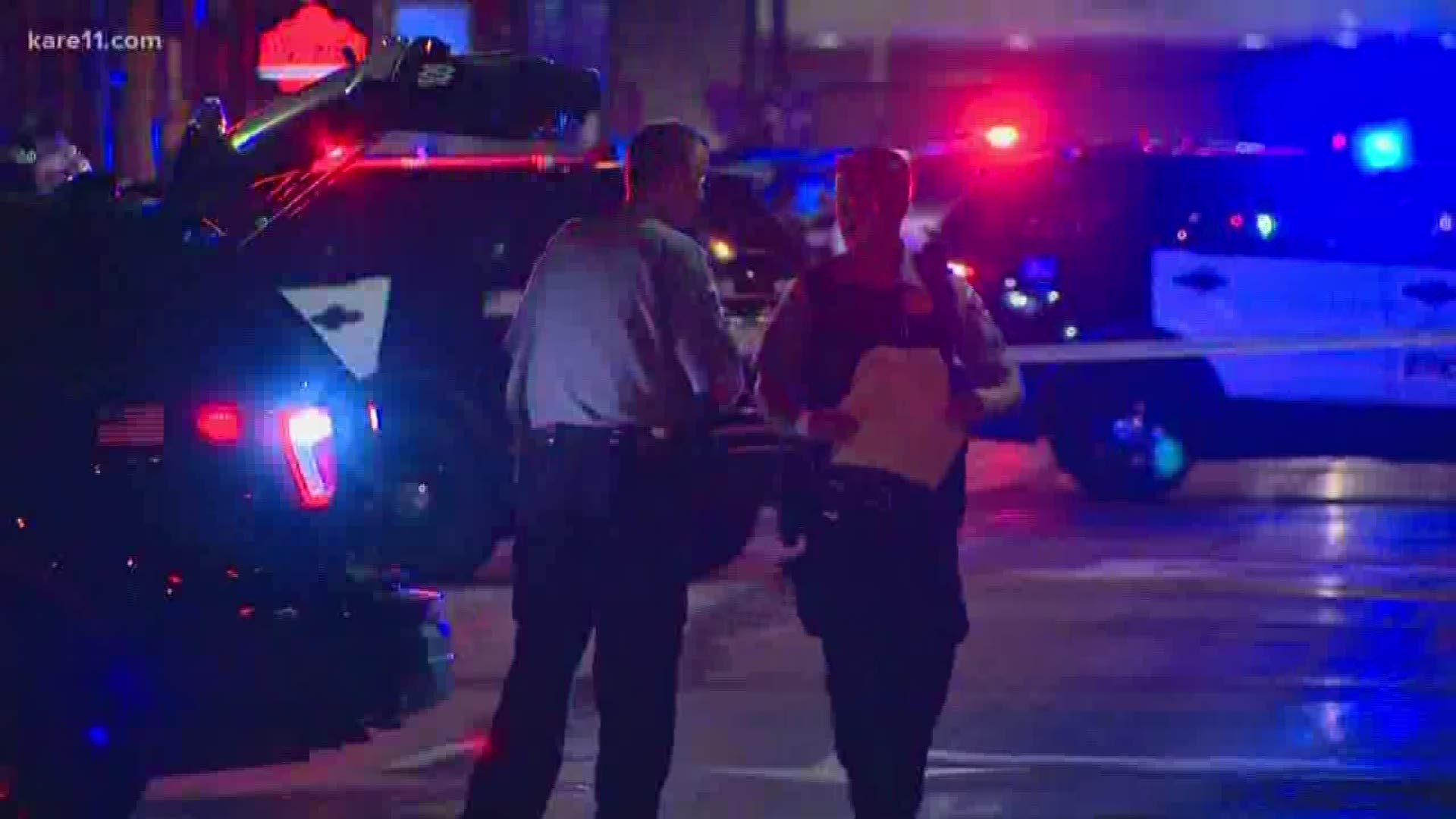