46 arrested in connection to carjackings, robberies in Minneapolis

According to a press release, during the three-day operation, authorities found 15 firearms and 12 stolen vehicles. 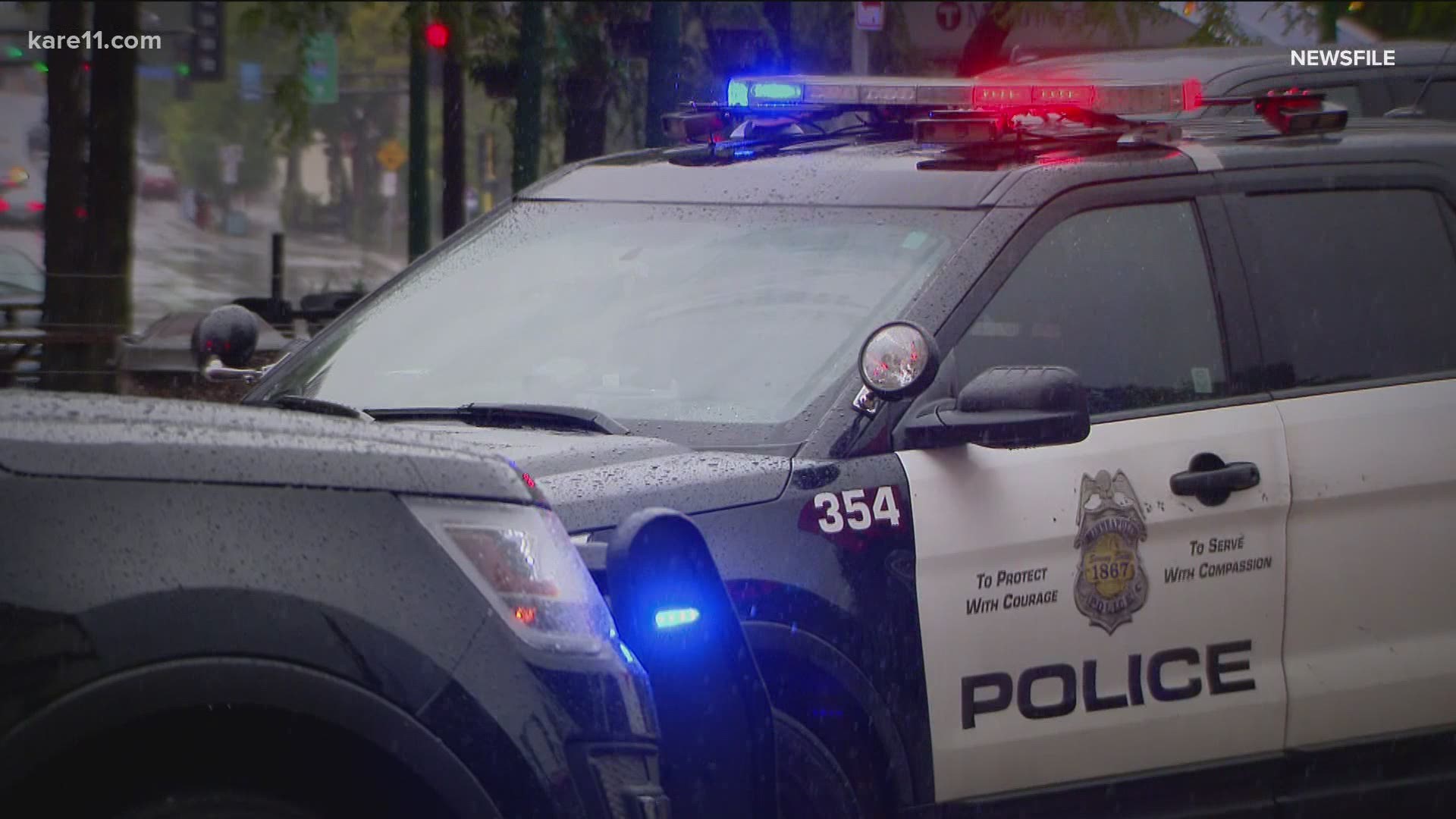 MINNEAPOLIS — Officials made nearly 50 arrests over a three-day operation in late January in connection to numerous carjackings and robberies in Minneapolis.

According to a joint press release from the Minneapolis Police Department and the Hennepin County Sheriff's Office, 46 people were arrested, including 69 felony level charges, following a sting operation that began Jan. 26 and went through Jan. 28.

During the operation, which included officers from the MPD, deputies with the Hennepin County Sheriff's Office Violent Offender Task Force and air support from the Minnesota State Patrol, authorities found 15 firearms and 12 stolen vehicles, according to the release.

“Our objective is simple: to protect innocent people from becoming victims of extremely violent crime,” said Hennepin County Sheriff David Hutchinson in the release. “This joint operation, like the one before it, was targeted and laser focused at getting the most serious criminals off our streets.”

Among the felony charges are probable cause carjackings, drugs and weapons violations, auto theft and fleeing the police, the release states.

A total of 46 people were arrested last week in a “targeted joint carjacking and robbery detail” by MPD, HCSO, and State Patrol. Minneapolis is among the many cities seeing an increase in carjackings. @kare11 pic.twitter.com/UGScnhffTu

“A few months ago, we ran a similar detail. We saw a reduction in these types of crimes. We promised our residents at that time that if necessary, we would run this public safety detail again. We continued to watch the data and listened to our residents. As you can see from these numbers, the need was there. The Minneapolis Police Department, and our law enforcement partners, continue to be committed to addressing violent crime that has impacted parts of this City,” said Minneapolis Police Chief Medaria Arradondo.

According to Minneapolis records, the city had 405 carjackings in 2020, which is more than a 300% increase from the previous year.

Tom Arneson, who leads the juvenile prosecution arm of the Hennepin County Attorney's Office, said back in November that 75% of the solved Minneapolis carjacking cases were committed by juveniles.

KG Wilson, a longtime peace activist in the Twin Cities, said that carjackings appear to be "almost like a new fad." He works tirelessly to remind kids of the consequences, although it appears many of them simply feel they won't get caught.

"Hey, if you don't have a car, the best way to do it, you've heard, from some other kids, is to do it this way. But nobody ever tells them the outcome could be fatal or jail time," Wilson said, noting that he's particularly troubled that many of the victims seem to be senior citizens. "Would you like somebody to carjack your grandmother, your mother, or your family member? No, you wouldn't. So, I tell you right now, to think about that every time the thought comes across your mind."