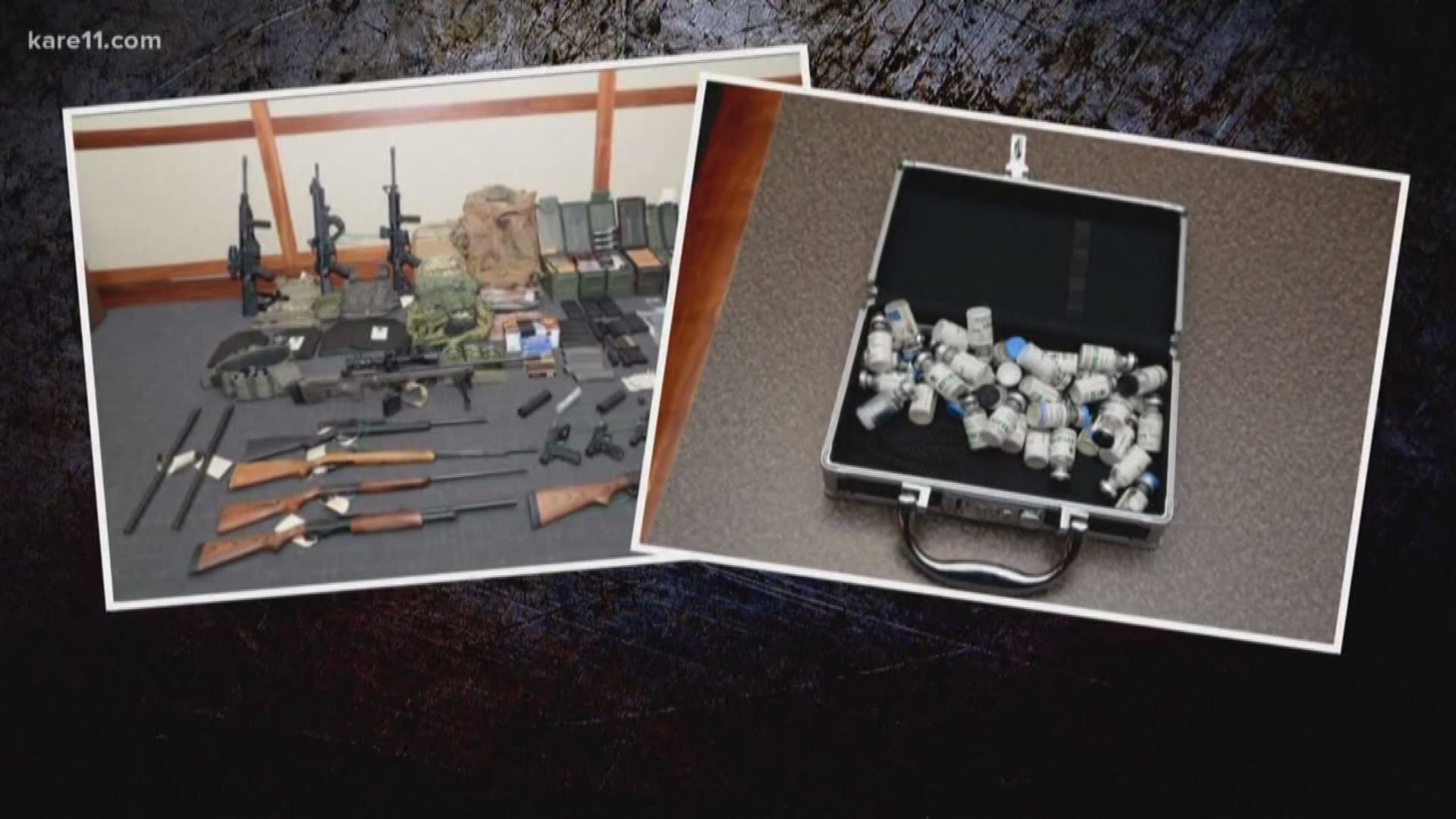 According to an order for detention, those charges are "the proverbial tip of the iceberg."

The court filing calls Hasson "a domestic terrorist, bent on committing acts dangerous to human life that are intended to affect governmental conduct."

The motion for detention alleges that he is a self-proclaimed White Nationalist and "intends to murder innocent civilians on a scale rarely seen in this country."

On Jan. 17, the motion says Hasson made a list of prominent Democratic leaders, activists and media personalities including Rep. Ilhan Omar, House Speaker Nancy Pelosi, Sen. Tim Kaine and others.

When authorities searched Hasson's Silver Spring, Maryland home they found 15 firearms and more than 1,000 rounds of ammunition, according to prosecutors.

In a drafted email dated June 2, 2017, prosecutors say Hasson wrote, "I am dreaming of a way to kill almost every last person on the earth." He went on to describe ideas including biological attacks and a bombing campaign. On his to-do list he wrote "Look up tactics used during Ukrainian civil war. During unrest target both sides to increase tension."

In September 2017, prosecutors say Hasson wrote another draft addressed to a neo-Nazi leader, identifying himself as a White Nationalist for over 30 years, and advocating for "focused violence" in order to establish a white homeland.

According to the motion for detention, Hasson also searched pro-Russian, neo-fascist and neo-Nazi literature online from 2017 to 2019. The filing states that he "routinely perused" the manifesto of Anders Breivik, a Norwegian terrorist who killed 77 people through two coordinated attacks.

Hasson has been stationed at the Washington, D.C. Coast Guard headquarters since June 2016. He also served in the Marine Corps from 1988 to 1993, and was in the Army National Guard for two years after that.

He is scheduled for a detention hearing Feb. 21. Federal prosecutors have asked that he stay locked up until then.