The suspect was found dead in the Minnesota River, some time after an exchange of gunfire with local law enforcement. 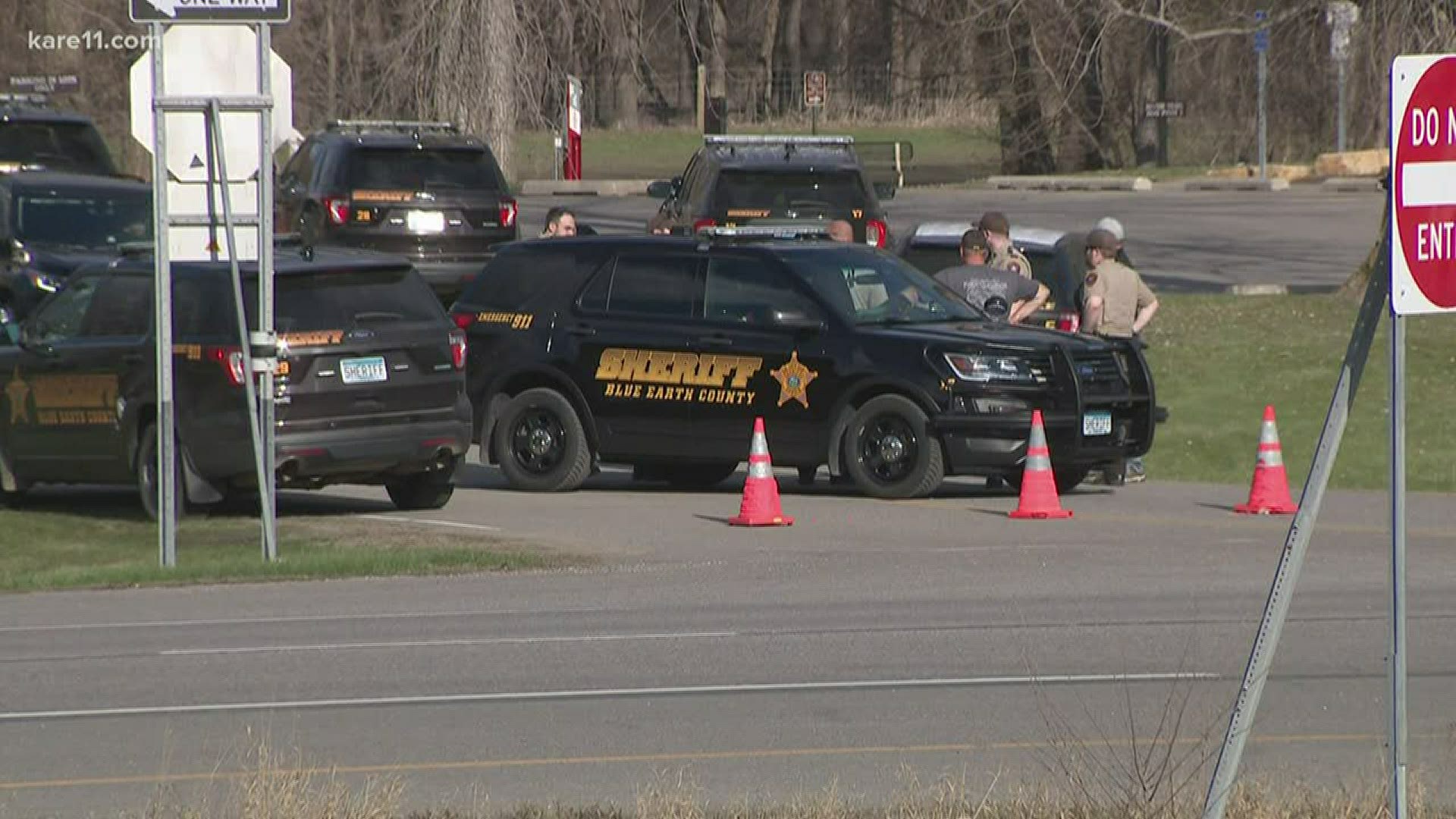 MANKATO, Minn. — The City of Mankato says an armed robbery suspect is dead after fleeing from police around 12 p.m. Saturday.

The suspect began to flee eastward on foot from 51675 U.S. Highway 169, crossing over the highway toward the Minnesota River.

After police searched the surrounding area, a suspect with a matching description was found in a raft.

The suspect opened fire several times upon police officers, with police returning fire "at some point."

The suspect was later recovered from the Minnesota River and determined to be deceased.

The whole ordeal led to a shelter in place emergency across three counties.

A bystander working at a nearby BP described what his coworker witnessed before the suspect fled on foot.  He said his coworker saw the suspect walk into the BP with a gun, but that he didn't point it at anyone.

The suspect grabbed some items from the store and left after the coworker asked if the suspect was going to pay for them.

The Minnesota Department of Public Safety Bureau of Criminal Apprehension is still investigating this incident.

No further information has been provided at this time.