Luke Oeltjenbruns is charged with four criminal counts including three for assault and one for fleeing a police officer. 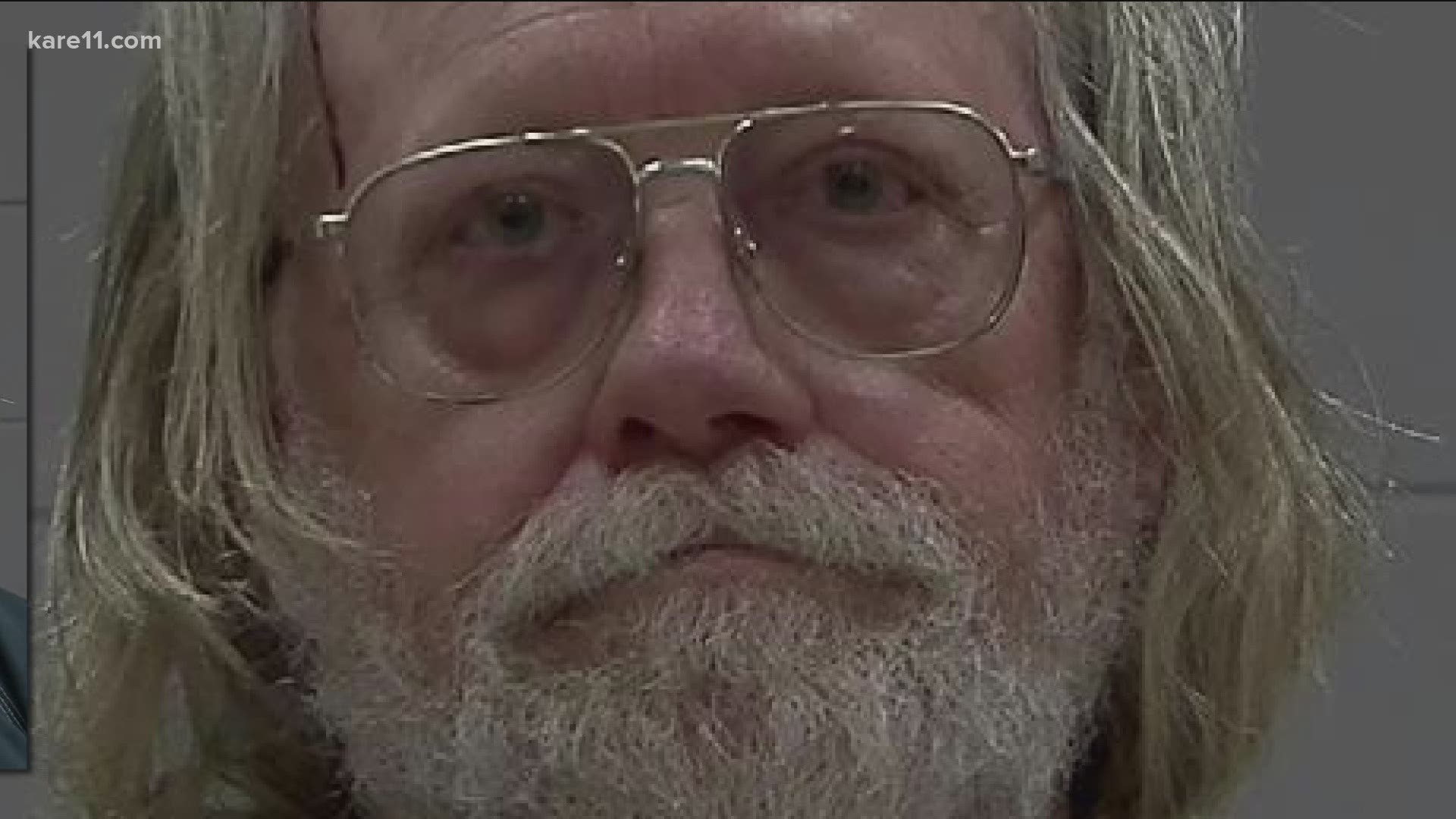 HUTCHINSON, Minn — A rural Hutchinson man is now charged in an incident police say began with an assault on an employee of a home improvement store, and ended with an officer being dragged by a vehicle at high speed.

Luke Oeltjenbruns made his first court virtual appearance Friday afternoon on four felony criminal counts, three for assault and the other for fleeing a police officer.

The criminal complaint filed against the 61-year-old Oeltjenbruns details a series of events that began shortly before 2 p.m. Wednesday, when two Hutchinson police officers were dispatched to the local Menards on reports that an employee had been assaulted.

The officers reviewed security footage and saw the suspect, described as an older white male with a grey beard, jabbing the employee with a piece of wood. Employees gave the officers a description of the suspect's pickup and a license plate number, and the vehicle was soon located in the parking lot of a nearby Walmart. According to the complaint, a Hutchinson police officer turned on the lights and squawked the siren on her clearly marked squad car and attempted to pull over the driver, soon identified as Oeltjenbruns, but he drove away slowly.

When Oeltjenbruns finally stopped for a red light, the officer got out of her vehicle and approached with her gun drawn. Two other officers soon joined her. They demanded he roll down his window and officers say Oeltjenbruns complied, but only dropped the window a few inches. The suspect was told he was at gunpoint and he allegedly replied that he didn't care, telling officers to shoot him, the criminal complaint said.

After driving away when the light was green, responding officers used their squads to surround Oeltjenbruns' truck, and ordered him out. Officers say he refused, and veteran officer Steve Sickmann approached the pickup to de-escalate the situation. When he attempted to reach inside the vehicle Oeltjenbruns reportedly rolled up his window, trapping the officers arm.

Video shot by a witness shows the suspect ramming Hutchinson squad cars, and then driving off at a high rate of speed with Officer Sickmann hanging from the truck. At one point, the complaint says the officer pulled a rescue hammer to break the truck window, but he says Oeltjenbruns wrestled it away from him and struck him on the head, causing significant injury.

Police were eventually able to stop the truck and Oeltjenbruns was taken into custody. Officer Sickmann was taken to the hospital where it took eight staples to close the wound on his head. He was also treated for a serious abrasion to his arm.

Investigators interviewed the Menards employee, who informed them he told Oeltjenbruns he wouldn't check him out unless he put on a mask. The defendant refused, allegedly attacking the employee with a piece of wood and then punching him in the head "five or six times."

During Friday's virtual court appearance, McCleod County Judge Amber Donley gave Oeltjenbruns the option of posting $100,000 cash bail or a $500,000 bond. His next omnibus hearing is set for May 11.

Oeltjenbruns' pubic defender noted that he is a military veteran and told the judge the defendant suffers from PTSD.