The child had multiple fractured bones including his arms and legs, was bleeding from the head and had suffered massive head trauma. 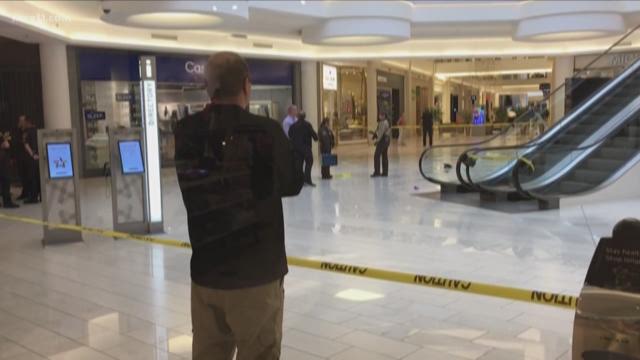 An attorney for the family of a boy police say was thrown from the third floor at the Mall of America says the child is still in critical condition.

The man charged in the incident, 24-year-old Emmanuel Deshawn Aranda, is charged with first degree attempted murder in the incident. He appeared in court on Tuesday.

A criminal complaint says Aranda had planned to kill someone at the mall the day he approached the 5-year-old boy without warning, picked him up and threw him off the balcony.

First responders indicated that the child suffered multiple fractured bones including his arms and legs, was bleeding from the head and had suffered massive head trauma.

Stephen Tillitt, attorney for the family, said the boy remains in critical condition as of Tuesday afternoon. He said the family is greatly appreciative of a GoFundMe that's raised more than $8750,000, and they find it “very touching” so many have donated.

RELATED: Child 'thrown' from third floor of Mall of America, suspect in custody

Aranda's bail is set at $2 million with conditions, including no contact with the family, witnesses or anyone under 18. He is also required to stay three blocks away from the mall.

The defendant's attorney, public defender Paul Sellers is urging the community to focus on mental health options for those who need it, instead of waiting for bad things to happen and then demanding retribution.

Sellers says his client has been in mental health court before. During a brief hearing Tuesday Aranda appeared lucid and followed the court's directions. Sellers says once he gets all the evidence from the state he'll work to determine the best outcome.

Aranda's next appearance is set for May 14.