Police say a white carjacking suspect, later identified as Bradley Michael Olsen, was firing at officers during a pursuit. 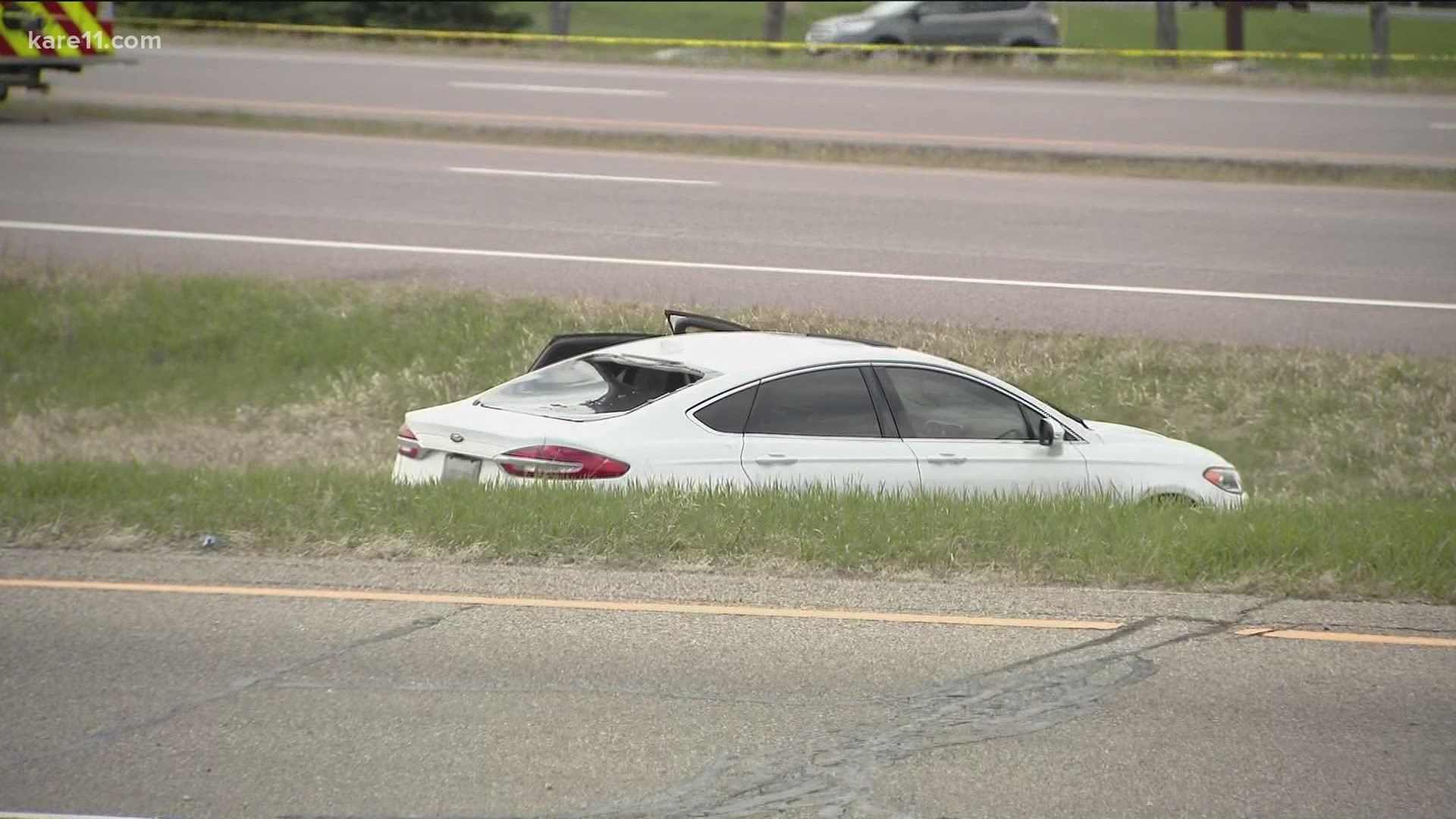 BURNSVILLE, Minn. — The Minnesota Bureau of Criminal Apprehension has identified the Burnsville officers who shot and killed a man police say was armed and involved in a carjacking.

Officers shot the man on Minnesota Highway 13 in Burnsville between Interstate-35W and Portland Avenue Sunday. Officials said he shot at law enforcement and "multiple officers" returned fire. The highway was closed for several hours.

The BCA is still investigating. When the investigation is done, the agency will hand over its findings to the Ramsey County Attorney's Office.

According to a press release from the Burnsville Police Department, officers located the suspect, later identified by the Hennepin County Medical Examiner as 30-year-old Bradley Olsen.  Police say Olsen was driving a vehicle with stolen plates when he subsequently crashed. Officers soon received a report that the same man was involved in a carjacking.

At approximately 3 pm on Sunday, April 18, the Burnsville Police Department was involved with an officer-involved shooting near Interstate 35W and County Road 13 resulting in the death of a
carjacking suspect. Learn more: https://t.co/6UkatPGe6y

Officers pursued the carjacked vehicle and Olsen allegedly fired gunshots at pursuing officers before crashing the vehicle and continuing to shoot at law enforcement. The release says "multiple officers returned fire," and Olsen was was taken to HCMC, where he was later pronounced dead of multiple gunshot wounds to the chest.

Officials say no officers were injured. According to the release, all Burnsville officers wear body worn cameras and that data will be given to the BCA as they continue to investigate.

BREAKING: We’re on scene in Burnsville where a high speed chase just ended at the interchange of Highway 13 & I-35W . We’re working on gathering details. Stay with @KARE11 for the latest. pic.twitter.com/uW2H0is7N7

Brooke Wells said she was waitressing at a TGI Fridays in Burnsville when a man ran in, confronting a customer.

"He came into the restaurant, approached her, picked the keys up off the table and ran right out the door," said Wells. "I chased him out the door. He jumped into the car that was by the door, and I'm like 'I wouldn't do that if I was you.'"

Wells said the man, later identified as Olsen, took off with the customer's Ford.

Olsen fired multiple gunshots as police pursued the vehicle, eventually exiting off Interstate 35W onto Highway 13 northbound before he eventually jumped from the moving vehicle and ran out onto the highway.

Below is traffic camera footage from MnDOT showing the suspect hop from the vehicle and cross over the highway, appearing to point a gun at a motorist.

"I seen him run into he middle of (Highway) 13 north," said Joycelin Goodman, who was watching from her car. "I don't know if this guys trying to rob this person or he's asking for help. As soon as that happened, that's when I heard and saw the cops lit off shots." 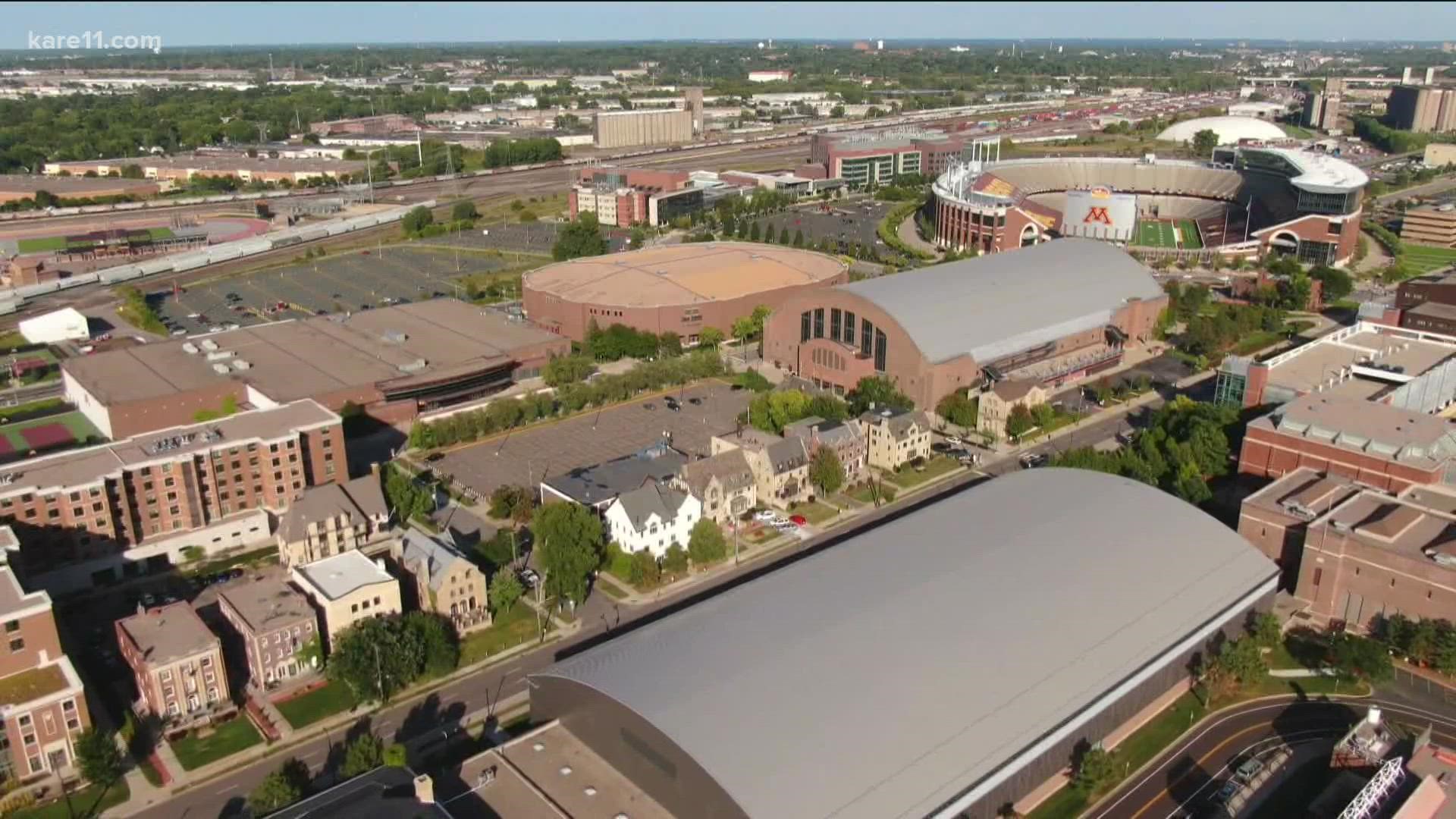