Art Knight was Deputy Chief and Chief of Staff when his Star Tribune quote about MPD diversity hiring led to his demotion, according to lawsuit. 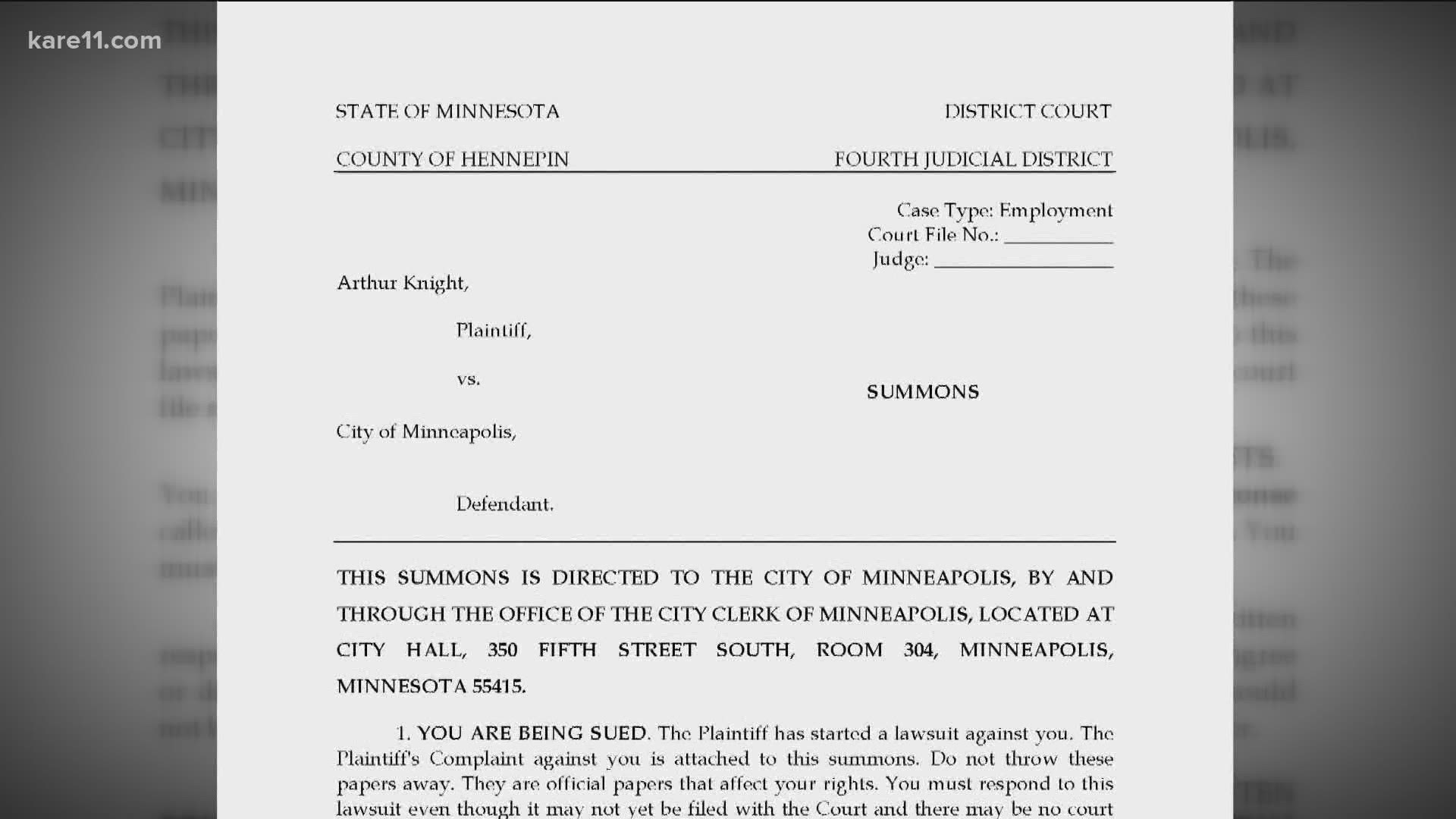 MINNEAPOLIS — Art Knight has been with the Minneapolis Police Department for 28 years, and worked his way up to Deputy Chief and Chief of Staff. A new lawsuit served in May and filed this week claims race discrimination, reprisal, Retaliation and a hostile work environment after a quote Knight gave the Star Tribune on the topic of diversity.

It was a provocative quote in an October Star Tribune article about the MPD's struggles to hire and retain officers of color. In the article, Knight said if the department keeps using the same hiring tactics, quote, "You're just going to get the same old white boys."

In a race discrimination lawsuit, Knight now says longtime friend and fellow African-American, Chief Medaria Arradondo, called him, said he was "getting a lot of calls and pressure," and demoted Knight to Lieutenant.

Knight is a well-known black officer with MPD.

According to the lawsuit, after Knight was demoted, "derogatory messages popped up on precinct chalk boards and on social media channels—some white officers proclaimed and bragged that, were the now demoted staff Lieutenant Knight assigned to oversee their patrol, they would refuse to follow his orders."

Knight goes on in the lawsuit to allege several several other acts of racism by white officers, such as:

The lawsuit calls out the Minneapolis Police Federation and then-union president Bob Kroll for staying silent on those issues while calling Knight's Star Tribune quote "racially-charged."

Knight says his statement was in fact, objectively true.

The Minneapolis Police Department and City Attorney's office declined to comment on the active lawsuit.

Knight and his attorneys declined an interview, they said, because he is still an active employee.