Crime in St. Paul is up over 2020, but Chief Axtel says the cuts "could have been worse" 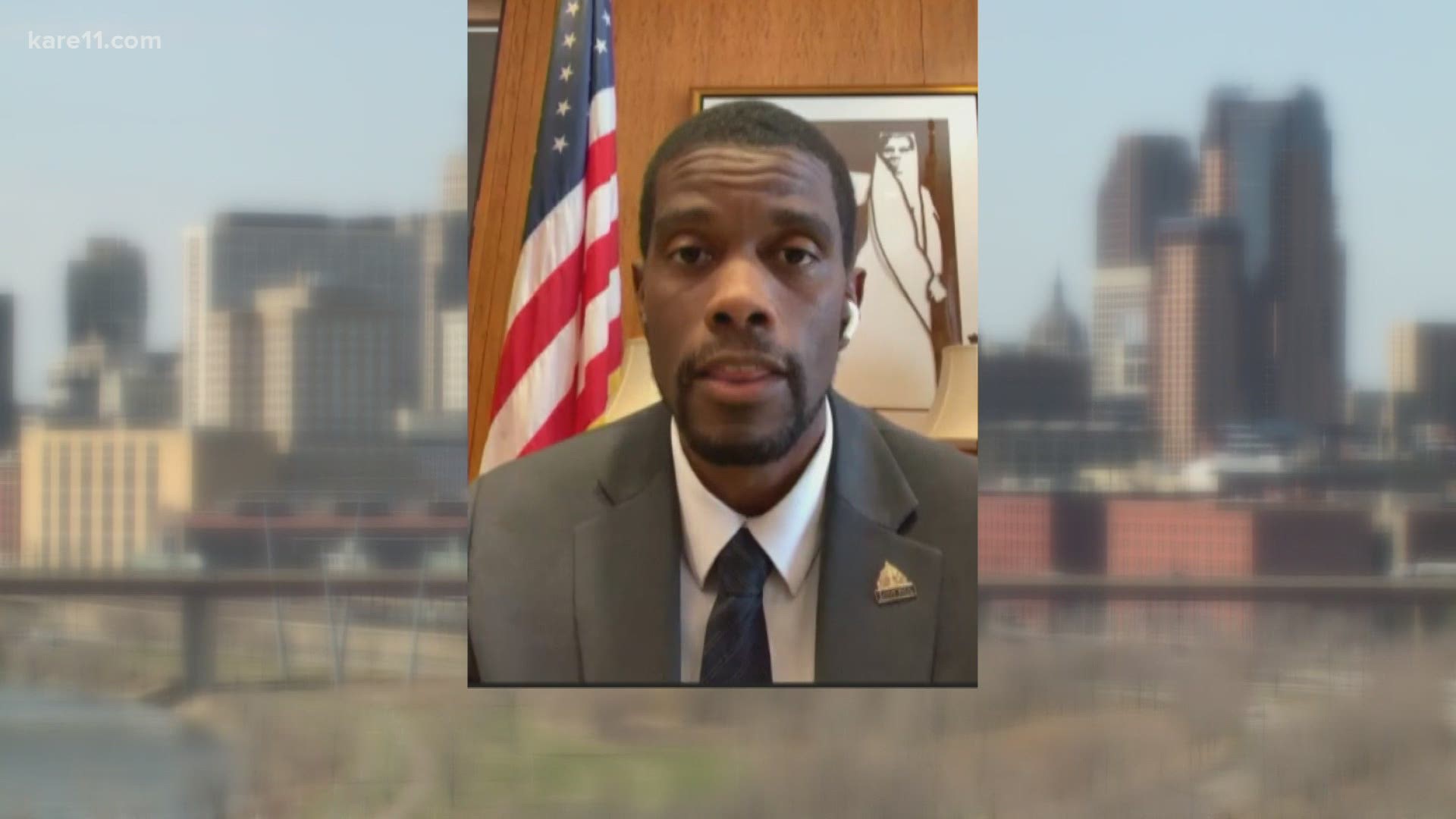 SAINT PAUL, Minn. — St. Paul Mayor Melvin Carter unveiled his proposed 2021 budget. And included among the nearly across the board cuts is a decrease of 41 St. Paul Police Officers.

That comes as crime in St. Paul rises this year.

"I'd caution you about doing the one-year to one-year comparisons," Carter said.

Mayor Carter, after his budget address, said they look at longer trends in crime stats when evaluating crime stats.

"On the whole, our 25-year crime rates have actually been trending downward," Carter said.

In a letter to police officers, Chief Todd Axtel said the $3.8 million dollar cut to the police department's budget would mean the 10 sworn positions are eliminated and another 31 open positions won't be filled. So the 41 fewer officers would come through attrition, not layoffs.

"It could have been much worse," the chief wrote.

Mayor Carter said the city is coming up with ways to respond to the lowest-priority 911 calls in ways other than sending armed officers.

If the uptick in violence continues throughout the year, there is still a chance changes to the plan could be made.

"We'll be working with the chief throughout the year to navigate and monitor staffing but i am confident that this is a budget that makes the most out of every penny we have to spend in terms of keeping our city safe," Carter said.

There will be public hearings before the St. Paul City Council approves the proposed budget.