The hostage situation reportedly started Monday. Police only found out about it after two victims were able to escape. 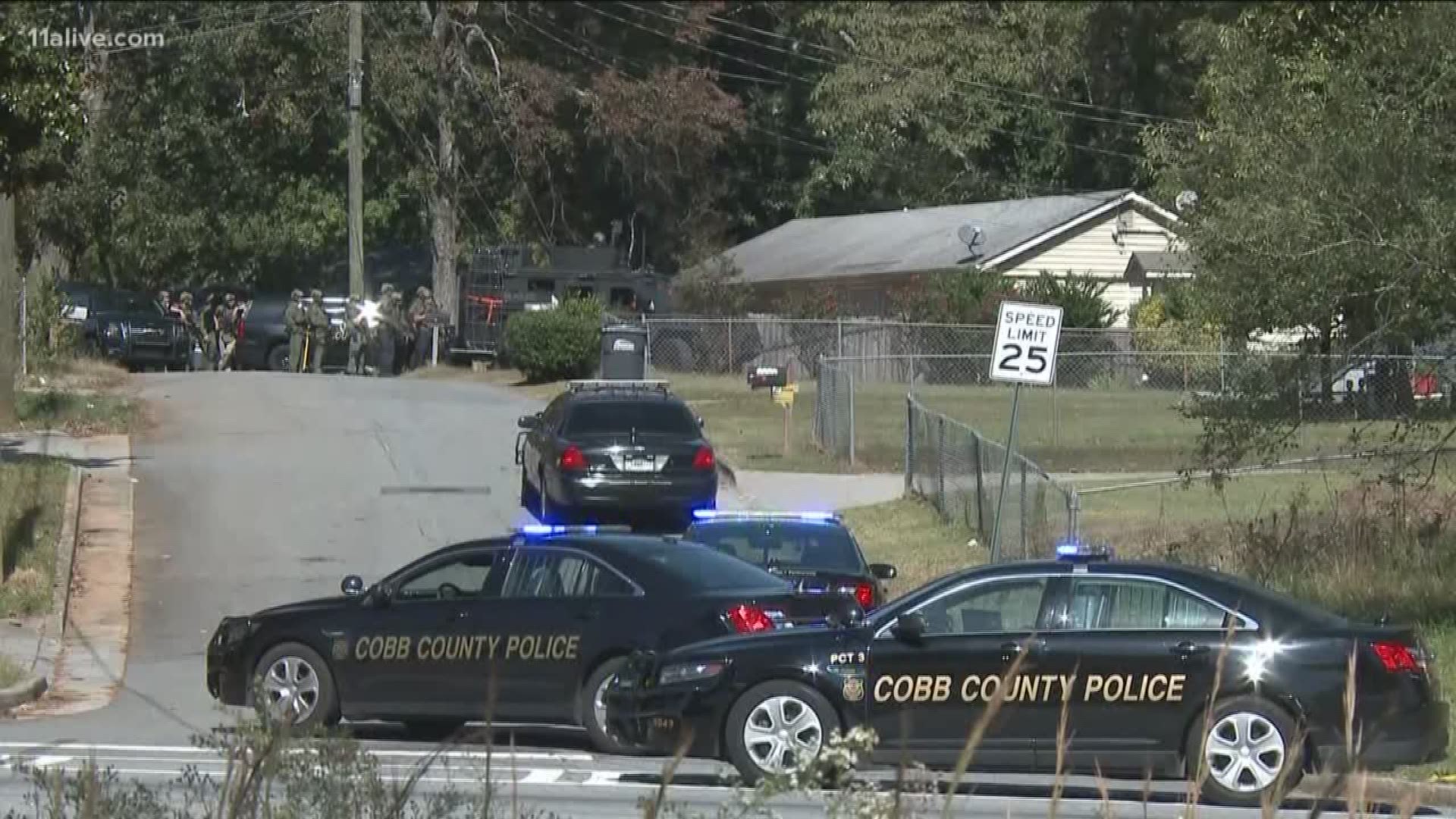 COBB COUNTY, Ga. -- A massive SWAT standoff in Cobb County in response to a hostage situation is now over, more than 24 hours after a convicted felon allegedly held three people against their wills.

SWAT officers surrounded a home on Arkose Drive Tuesday afternoon with guns drawn. Police said the call was regarding a barricaded person inside the halfway home. But they elaborated around 2:24 p.m. that the person inside may be holding a woman hostage. The SWAT response shut down major intersections in Cobb County, as police worked to resolve the situation.

Several schools in the area were also place under lockdown as authorities worked to negotiate with the man.

We are dealing with a hostage situation on Arkose Drive. Austell Rd remains closed between Windy Hill Rd and County Services Pkwy. pic.twitter.com/f9NQkpo7A2

As details developed, however, police learned that the hostage situation actually began sometime Monday afternoon, when a man working for the facility, Frank Malone, held three people against their will. But no one on the outside knew what was happening until two of the victims - a man and a woman - were able to escape.

11Alive's La'Tasha Givens spoke to one person who knows one of the hostages, as well as the suspect.

"Well apparently, he had all the ammunition out, and he said if the cops were called at any point, or if they tried to enter the house, that he would kill all of them, and they need to follow him into the bedroom because he had to get something out of there and when -- he went in first -- and when the other three were lined up behind him, two of them got away," the woman explained.

Police say Malone lived and worked at the halfway house. They believe drugs may have played a role in the situation, but investigators still don't have a motive for why he held the three people hostage. They have not said what he will be charged with.

Authorities said they had been called to the home four times this year.