Colten Treu sentenced to 54 years behind bars in deaths of 3 Girl Scouts, mom

The sentence should keep 23-year-old Colten Treu behind bars well into his 70s, and on electronic surveillance for the remainder of his life. 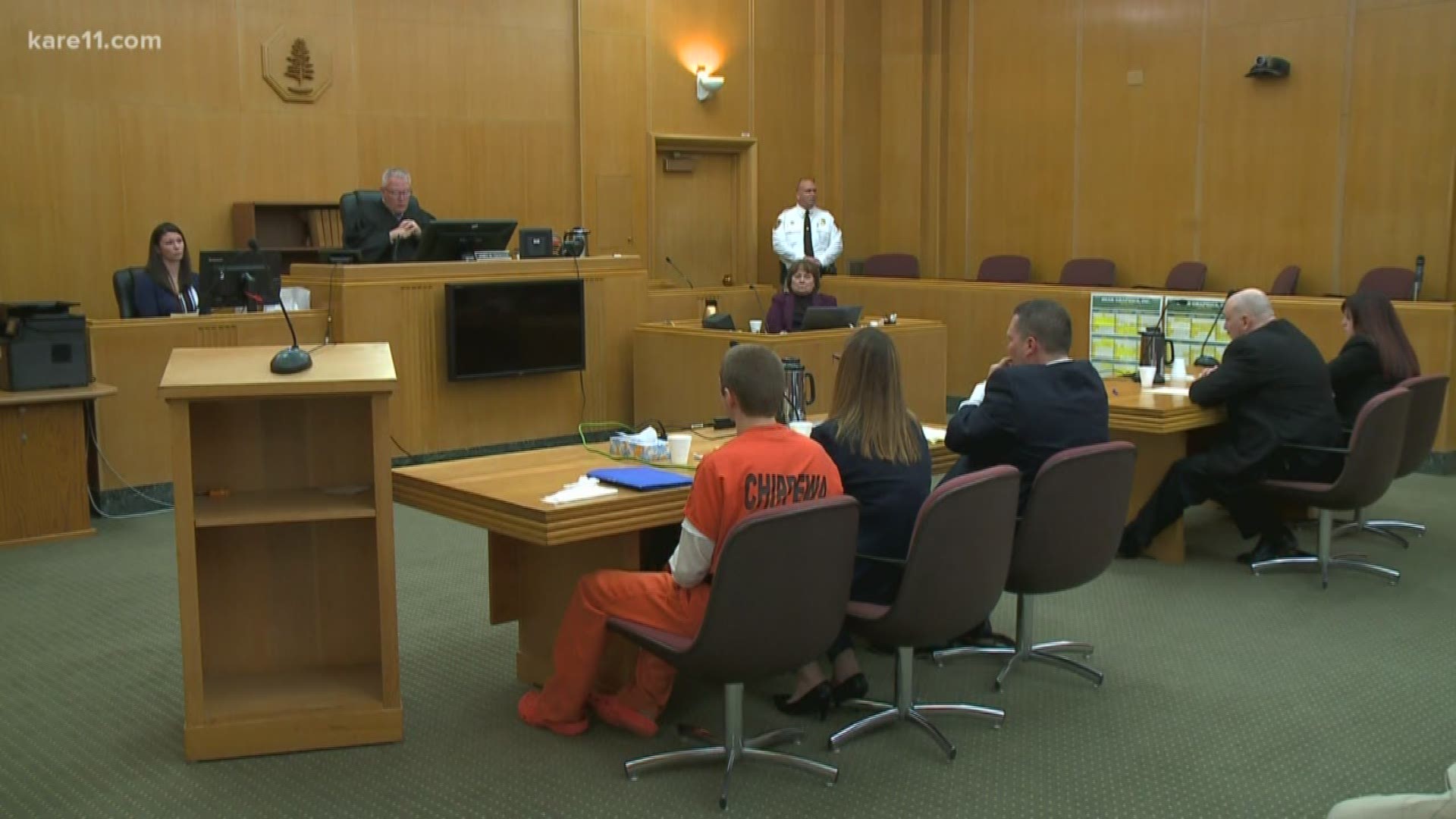 CHIPPEWA FALLS, Wis. — A western Wisconsin man was sentenced to 54 years behind bars for the deaths of three Girl Scouts and one of their mothers while driving high on a rural Chippewa County road in the fall of 2018.

In imposing Treu's sentence, Judge Isaacson noted that the victims were among the best and brightest of the Chippewa Valley, cleaning up the highway and working to make their community a better place when they were mowed down by Treu's truck. "They were innocent, doing the right thing," Isaacson said.

Both the Chippewa District Attorney and Treu's defense team laid out their cases during closing arguments in day two of Treu's sentencing hearing. District Attorney Wade Newell asked Judge Isaacson to sentence Treu to 25 years for each of four homicide counts, and an additional 13 years for a single count of hit-and-run. Newell asked that the sentences be handed down consecutively, meaning Treu would receive 113 years, virtually guaranteeing he would never leave prison.

The judge has wide discretion over Treu's sentence, and could opt for up to 40 years on each homicide count. 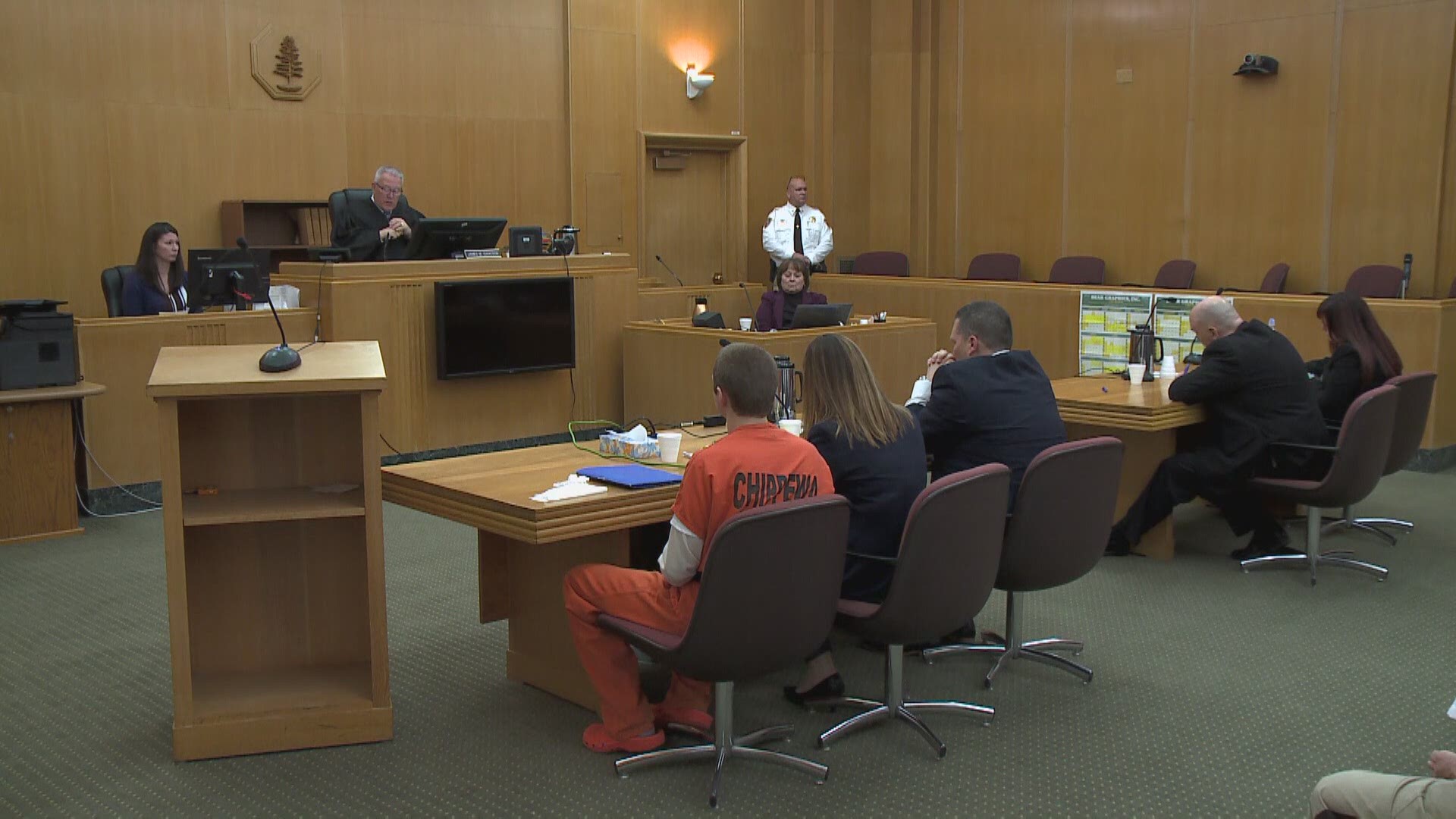 Treu, 23, pleaded "no contest" in December to four counts of homicide by intoxicated use of a vehicle while having a prior intoxicant-related conviction. He also pleaded guilty to another count of hit-and-run causing great bodily harm. A "no contest" plea in Wisconsin means a defendant will not admit or deny guilt, but will not contest the facts of the charge.

Treu had earlier pleaded not guilty to 10 felony charges related to the crash, which happened the morning of Nov. 3, 2018. Police say a pickup truck veered into a roadside ditch as a group of fourth-grade Girl Scouts were collecting trash along with a parent chaperone. The crash killed four people in the group.

Credit: Chippewa County DA
This is the last photo ever taken of 3 young Girl Scouts and an adult chaperone who were killed when struck by a pickup truck driven by Colten Treu.

On day one of Treu's sentencing hearing the defendant did not address the courtroom, but instead expressed remorse on a video played by his defense team. But he also blamed the crash on the passenger in his pickup, who Treu says grabbed the wheel. Treu's mother addressed the court, apologizing to victim families for their losses but also insisting that not everything prosecutors are saying about her son is true. 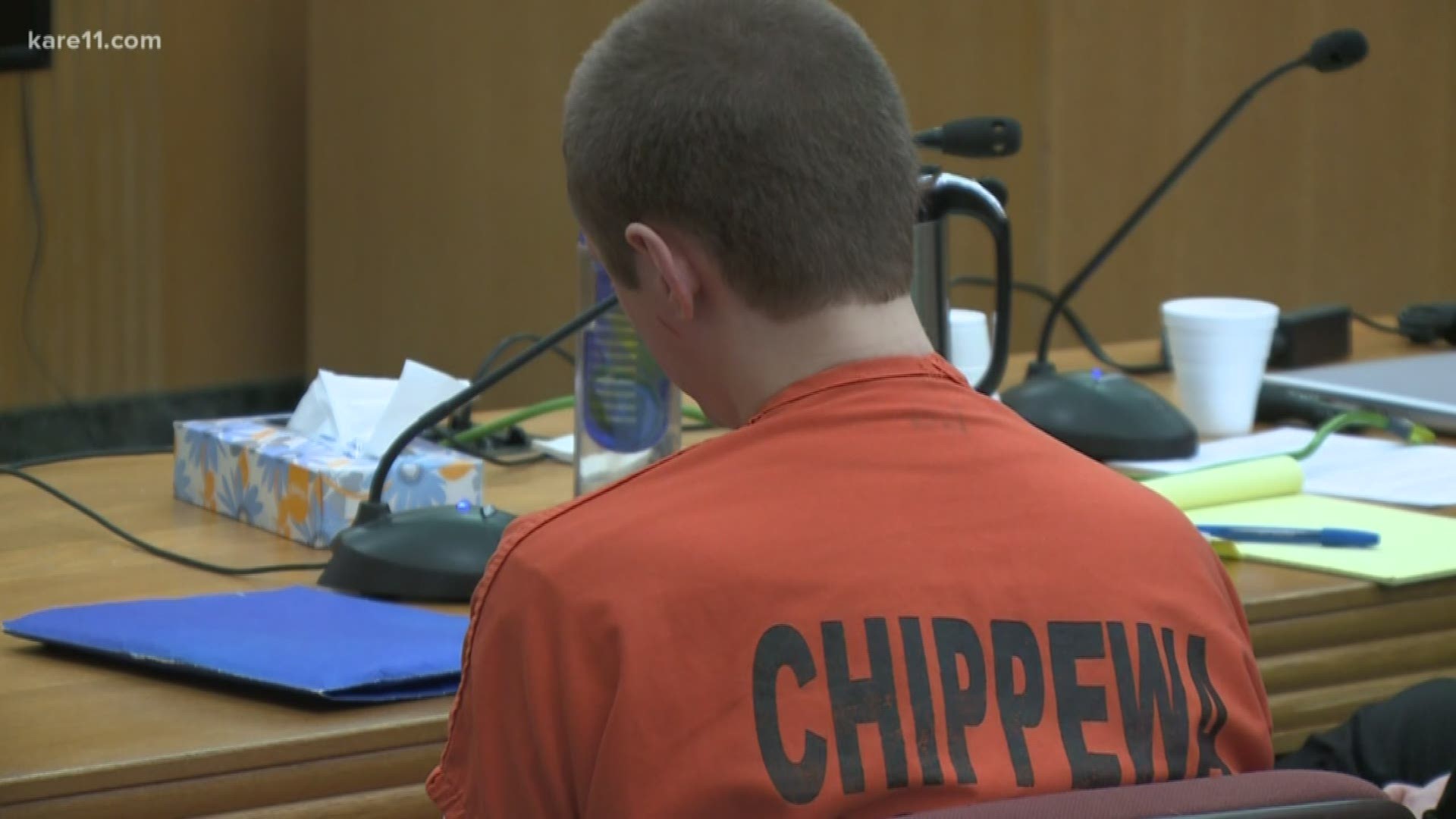 The most impactful moments of day one involved statements read by family members and friends of Treu's victims.

"I set up this Girl Scout event. It was my idea to have my troop commit to cleaning a highway. I thought we did everything right. I never knew a monster was going to be driving on County Highway P that morning," said Robin Kelley, Jayna's mother, in her victim impact statement. "Next thing I know, I hear the sound of a truck, plowing at what feels like impossibly high speeds through our people. The truck hit her so hard. She didn't have a chance."

Madalyn Zwiefelhofer, 10, was also critically injured and had to have open heart surgery.

"I can't envision myself ever forgiving the defendant for what he did that day. My wish is that he goes away, and we never have to hear about him again. I hope the world forgets his name. And I hope they remember our girls," said Brian Kelley, Jayna's father.

"I saw what Colten Treu did. I never saw brake lights. What I heard was acceleration. Acceleration through body by body," said Kim Helgeson, Autumn's mother. "My child's life was sacrificed for an air-duster high that he couldn't wait seven minutes for."

RELATED: 'She loved being a kid': Parents remember daughter killed in hit-and-run

Judy Schneider, the mother of Sara Schneider and grandmother of Haylee Hickle, said, "It has changed me and them forever."

In one of the saddest moments in the hearing, Brooklyn Helgeson, Autumn's younger sister, said, "My heart will never heal. I have no one to bring me smiles in the morning or make me giggle at bedtime. I can't talk to my big sister when I get scared, or emotional because Colten Treu ran her over right in front of my eyes."