A Cottage Grove man is charged with murdering his wife after prosecutors say he shot her and staged the scene as a suicide. 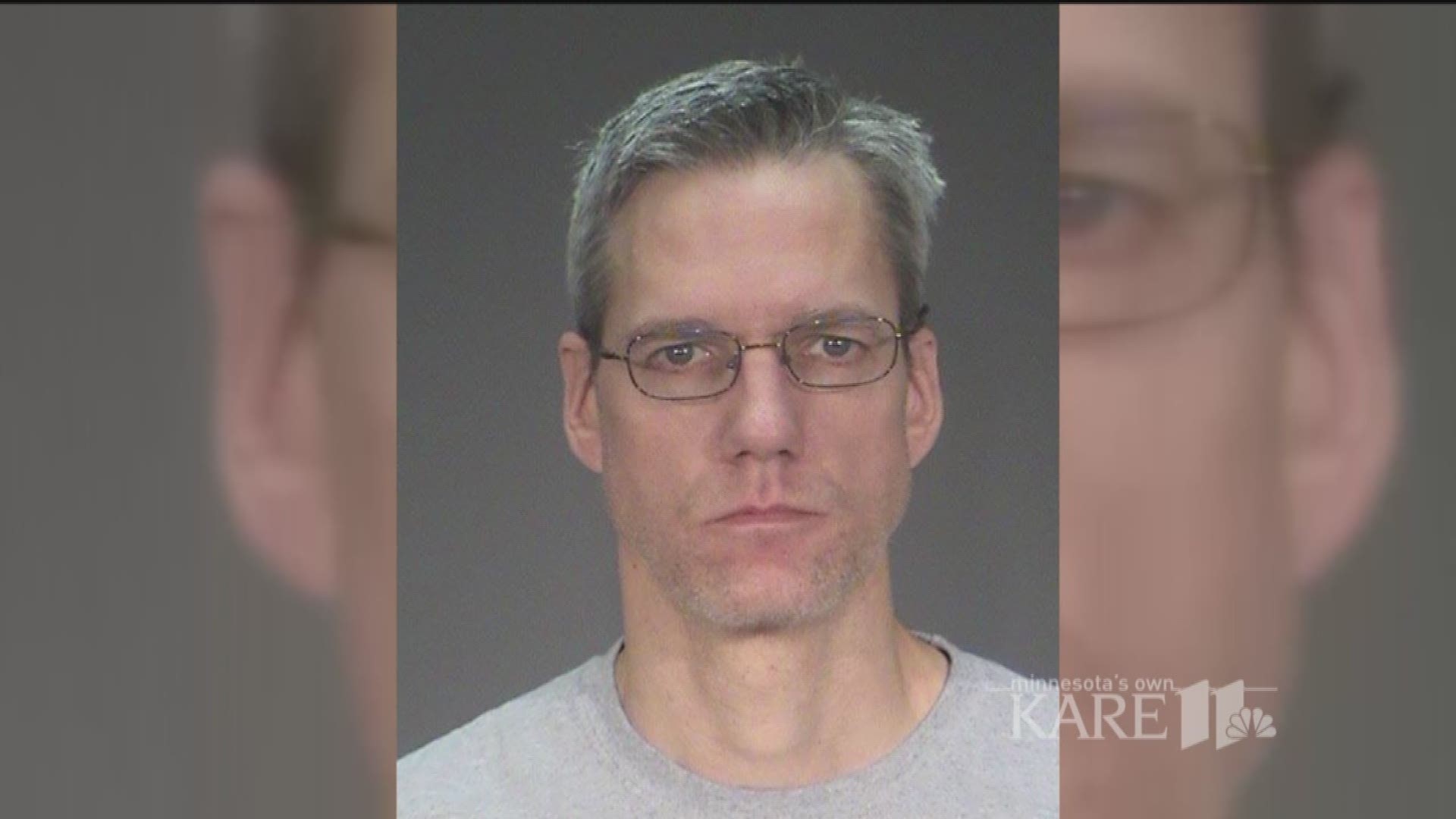 COTTAGE GROVE, Minn. - A Cottage Grove man is charged with murdering his wife after prosecutors say he shot her and staged the scene as a suicide.

A criminal complaint filed in Washington County details how Stephen Carl Allwine, 43, allegedly shot his wife, Amy, in the head after engaging in several affairs and trying to contact a hit man on the 'dark web' to kill her.

Cottage Grove Police responded to the Allwine home around 7 p.m. November 13, 2016, on a report of a gunshot wound. Officers found Amy Allwine in a bedroom with a single gunshot wound to the head and a 9mm gun resting on her forearm. She was declared dead on the scene.

Investigators searched Stephen Allwine's computers and multiple cell phones and say they uncovered evidence he had been engaging in activity on the 'dark web', a supposedly non-traceable form of the internet that allows users to remain anonymous and untraceable. They allege that in February and March of 2016 Allwine tried to contract with a hit man to kill his wife while she was on a trip to Moline, Illinois. The user, named "dogdaygod," offered detailed information on the intended target including where she would be on certain days and times.

When that hit didn't happen, investigators say "dogdaygod" told the alleged hit man that the job could be completed during a trip Amy had set for Atlanta, or at her home. The home was supposed to be burned down after she was killed.

Forensic experts say a Bitcoin account transferred from Stephen Allwine's phone to his computer proves that he is the user known as "dogdaygod."

A search of cell phone records led investigators to a woman who said she began an affair with Stephen Allwine after the two met on Ashley Madison, a site for married people seeking extramarital affairs. They also found contacts for a second woman, who told detectives she went out on a date with Allwine after meeting him on Ashley Madison.

The criminal complaint also says testing showed gunpowder residue on Allwine's right hand after he was taken to the Cottage Grove Police station after his wife's body was discovered. An autopsy on Amy Allwine revealed no gunpowder or blood on either of her hands, and other findings that are in consistent with a self-inflicted gunshot wound.

Stephen Allwine was arrested Tuesday. During a court appearance Wednesday, bail was set at $1 million without conditions, and $500,000 if he is monitored by GPS, doesn't travel out of state and refrains from visits with the couple's 9-year-old son.