Seven female students told police that Officer Adam Pelton would inappropriately touch them while giving hugs inside his office. 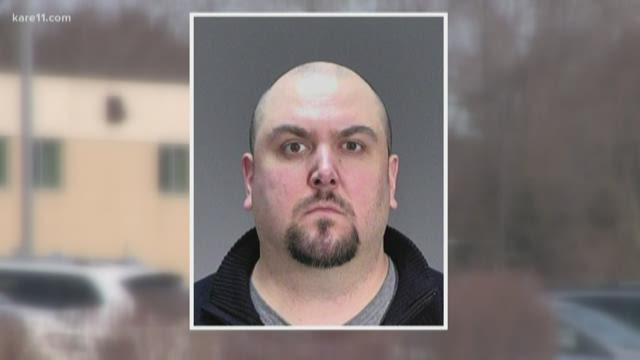 At least seven female students told investigators that Pelton would give them hugs inside his school office, which did not have surveillance cameras installed. All of the alleged victims were juveniles at the time. The students say Pelton would initiate a hug and then place his hands on their buttocks.

Some of the students also said Pelton would communicate with them on Snapchat calling them "sweetheart" or "beautiful," and one told detectives he asked her to send nude photos.

Many of the students say they witnessed Pelton inappropriately touch other female students.

An assistant principal at Park High School told police she was concerned about Pelton's relationships with at-risk or "vulnerable" students, describing at least one interaction between the resource officer and a student that seemed inappropriate.

According to the complaint, when questioned by investigators, Pelton denied initiating hugs with students, but said he would not pull away if they initiated one. When showed surveillance video from the school hallways showing Pelton hugging students, the officer admitted initiating physical contact. Pelton denied accusations that he touched the buttocks of students. The officer initially denied asking for nude photos, but when pressed told law enforcement he requested them from one student "as a joke."

Adam Pelton no longer serves as a school resource officer. He is officially charged with seven separate counts of criminal sexual conduct.

I am writing to let you know about a situation that affects our school community.

I understand that this news is both surprising and upsetting. At Park High School, our first priority is the safety and wellbeing of the children you place in our care.

Due to privacy laws, I am unable to share any additional information. For further questions about the criminal charges, please contact the Cottage Grove Police Department. If you have any questions that you believe I can answer, please call me at 651-425-3700.

Thank you for supporting your child and Park High School.

RELATED: DOC officer charged with having sexual relations with inmate