Domestic violence advocates say cases on the rise during the pandemic

There are some reports claiming that domestic violence is up nearly 10% after experts analyzed data from 18 studies across the country. 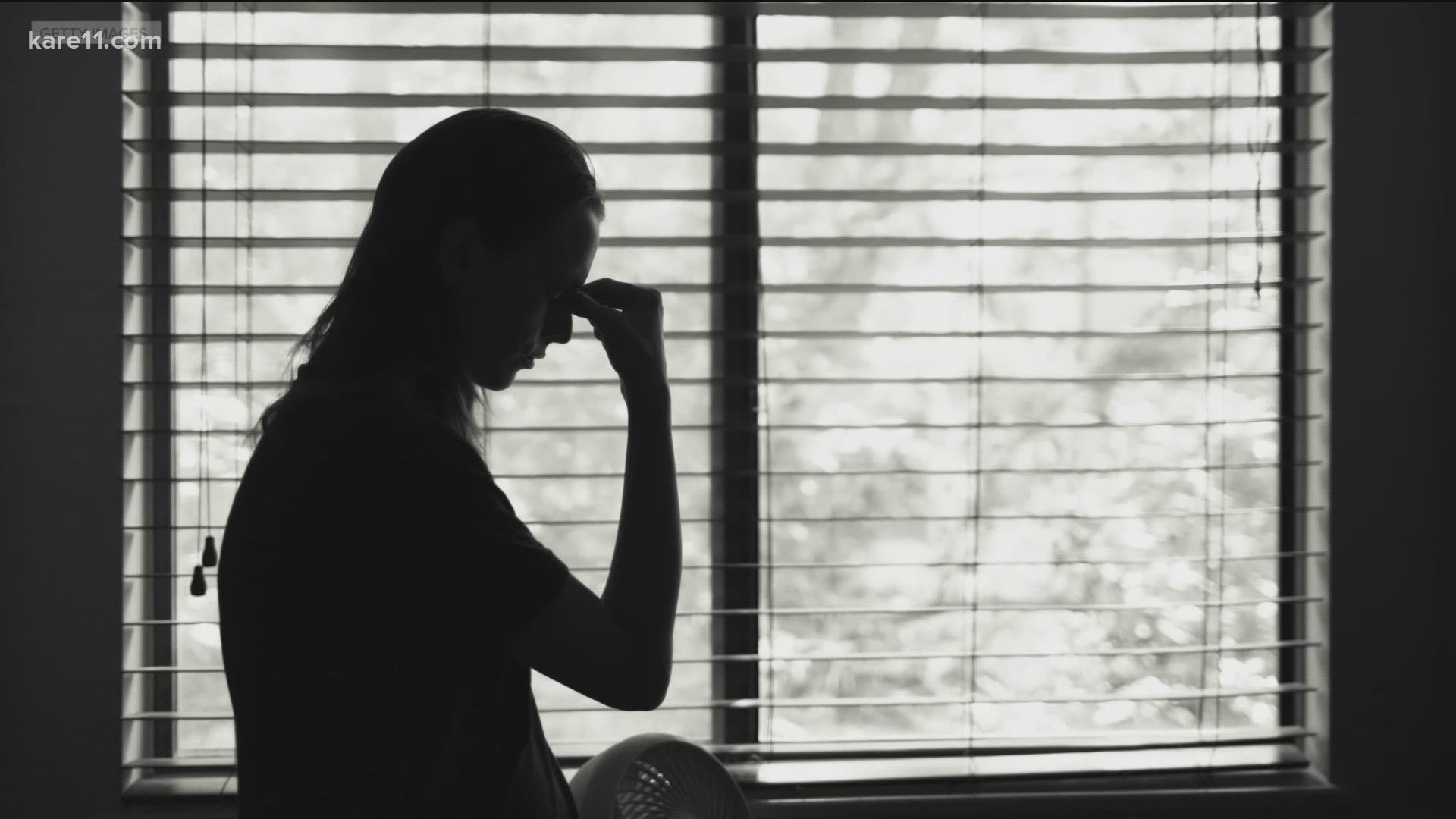 ST PAUL, Minn. — Mary Beth Becker-Lauth knows all to well the long term effects of the pandemic on victims of domestic violence.

"I've gotten calls from people from the back of their closets, in the back room with the shower running, because they're not alone," says Mary Beth Becker- Lauth, Crisis Resource and Outreach Navigator with Women's Advocates.

"We have been told by the Saint Paul Police Department that the number of domestic related calls to 911 are up, but our calls to the crisis hotlines are down," she says. "I think there's something to be said that the pandemics effect on closing and limiting hours to prevention programs."

Some reports say that domestic violence is up nearly 10% after experts analyzed data from 18 studies across the country.

Including here in Minnesota.

Most recently, Brooklyn Park police arrested a 42-year-old man in connection to a woman found dead at a home in St. Paul. Police say they found evidence leading them to believe she was assaulted by a domestic partner which resulted in her death.

"Domestic violence and intimate partner violence usually includes a lot of things, but primarily it's about gaining power and control over another individual," says Cornerstone Executive Director, Meg Schnabel. "There's a real need to be aware of the potential for domestic violence during the pandemic."

Both advocates say while the pandemic shouldn't be an excuse for abusers, they want people to know there is help available for those in need.

"What would really help is if abusers stop abusing, but for survivors, we want them to know that we are still here," says Becker-Lauth.