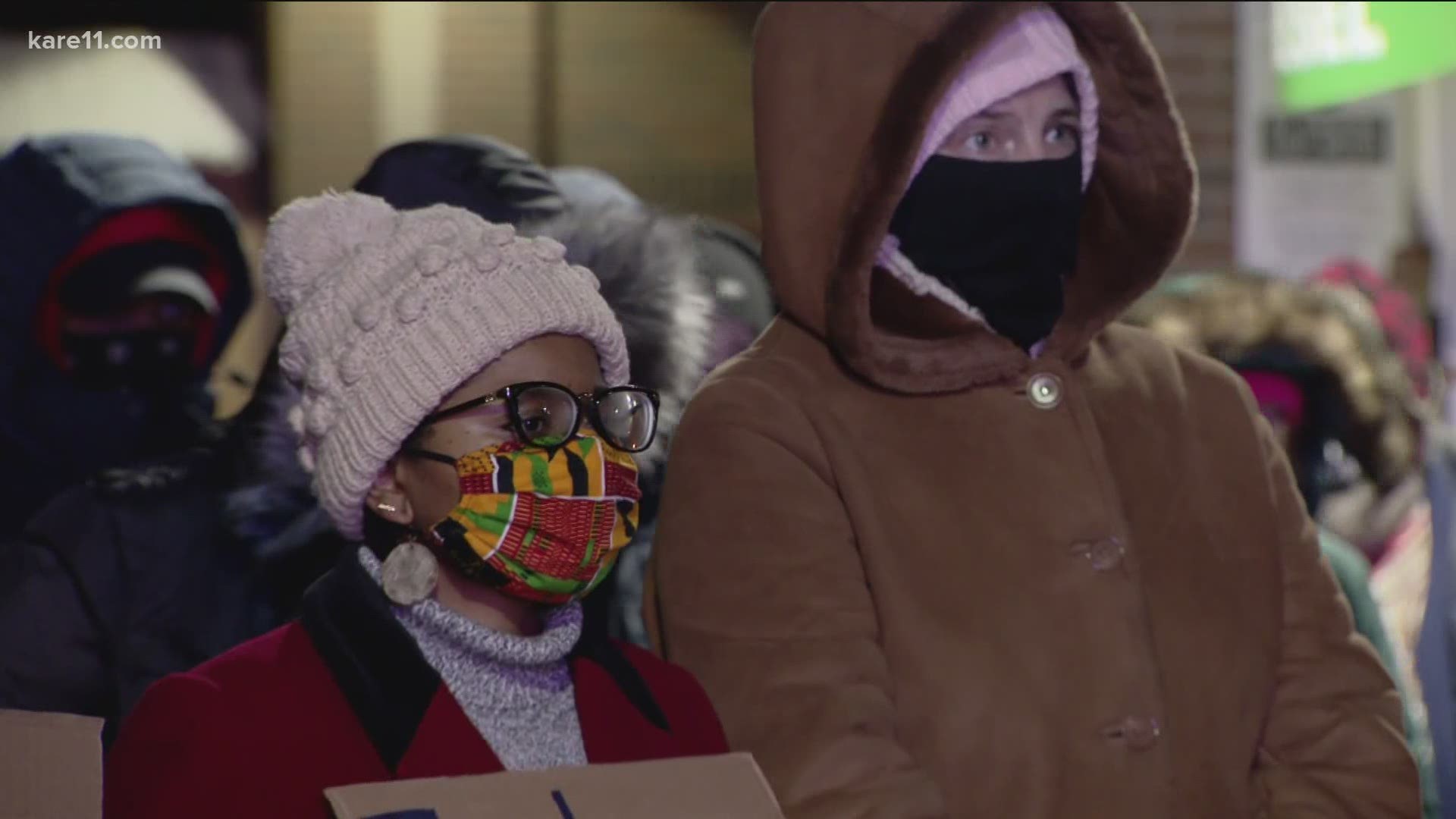 MINNEAPOLIS — "I really am honored and glad to see so many of you coming out to this space right now," said CAIR-Minnesota Director Jaylani Hussein.

On the same grounds where 23-year-old Dolal Idd was killed Wednesday night, demonstrators stood united and heartbroken, while demanding more answers amid cries for justice in his name.

"We're going to demand for an investigation that is transparent, that is open to us so that we can see the full facts of what took place," said Hussein.

Idd was shot and killed in an exchange of gunfire during a traffic stop, which police say started with Idd shooting first, and newly released body cam video is what police are using to back those claims.

However, for those who gathered at Wednesday night's vigil, what's seen in the video isn't enough to justify Idd's death.

"We know that video was inconclusive," said Hussein.

"It blows my mind that that's even a question for people to be like well that person shot first or this and this. Don't we have all these different classes and trainings that the people go to in order to avoid a situation where its escalated to the point where there's a weapon drawn," asked Mona, a Minneapolis resident.

"There are so many ways to deal with incidents like this. They have no de-escalation efforts at all," said Hussein.

For those gathered in Idd's name, the message to the city and police department is clear…

"You cant kill our people and get away with it," said Hussein.

"People are not going to be happy about this," said Mona.

MORE NEWS: 2 found dead in a car in Brooklyn Park