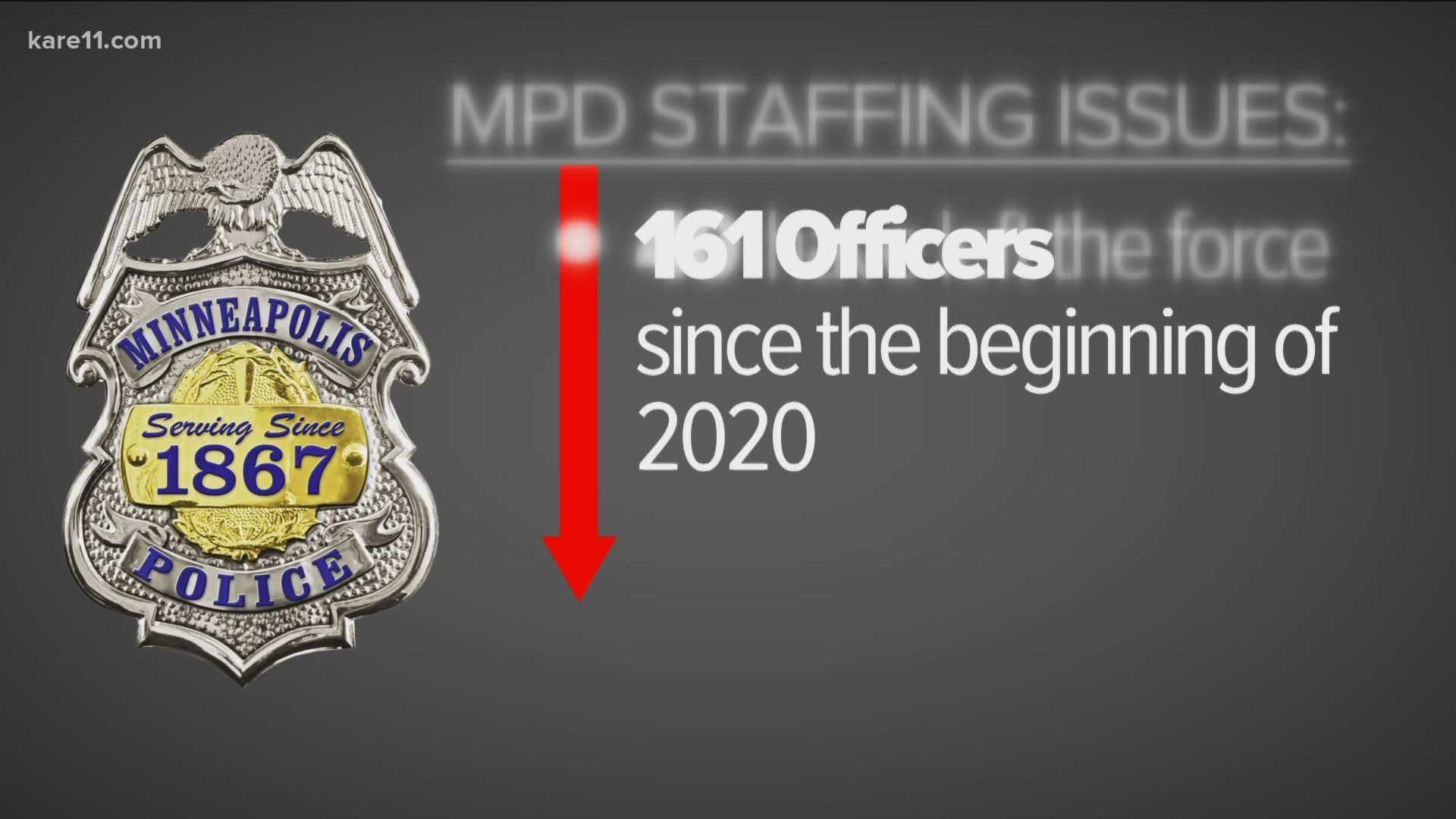 MINNEAPOLIS — In October, in order to adjust for a huge shortfall in the 2020 budget caused by the pandemic, the Minneapolis City Council approved a retirement incentive offer worth $30,000 to get eligible employees, including police officers, off the payroll.

The offer comes as the city council just approved $500,000 to pay for other departments to help MPD.

According to Human Resources director Patience Ferguson, the city could not deny the offer to police.

"The retirement incentive, which helped the City adjust its 2020 budget to account for losses due to the pandemic, was offered to all City employees. We could not deny this incentive to employees of an entire department."

Eligible police officers received a letter that said full time employees whose age plus full-time years of city service total at least 80 (Rule of 80) can retire and receive a lump sum cash payment of $20,000 and a lump sum payment of $10,000 to their heath care savings plan account.

The later was sent October 21.

The city council heard public comment Monday on the Minneapolis Police Department budget for 2021. Mayor Jacob Frey recommended $179 million in funding for MPD, about a 7% cut. The council may want more stripped from the department.

More than 160 residents signed up for the public comment session, most of them asking for more officers on the streets.

"I don't feel safe in my own city. I don't go downtown to visit my brother anymore or go to breweries, not because of COVID, but because I don't' want to get mugged or car jacked. This is a very real fear," one woman said.

But there were also several people participating in the virtual meeting who asked the city council to stand by its pledge to dismantle MPD and divert funding to other programs.

"I hear the fear of the callers before me, but the fact really must be stated that the police respond after an event occurs. They don't and won't keep us safe. You pledged to defund and dismantle the Minneapolis Police Department. And we're here to hold you accountable," one woman said.

Chief Medaria Arradondo says MPD is down 161 officers from the beginning of the year, with 40 leaving and 121 on leave, such as medical leave for PTSD.

There will be two more public comment opportunities before the council decides on the budget.