A criminal complaint levying theft by swindle charges against 36-year-old Yuridia Hernandez Linares details what police think was behind the falsely reported crimes. 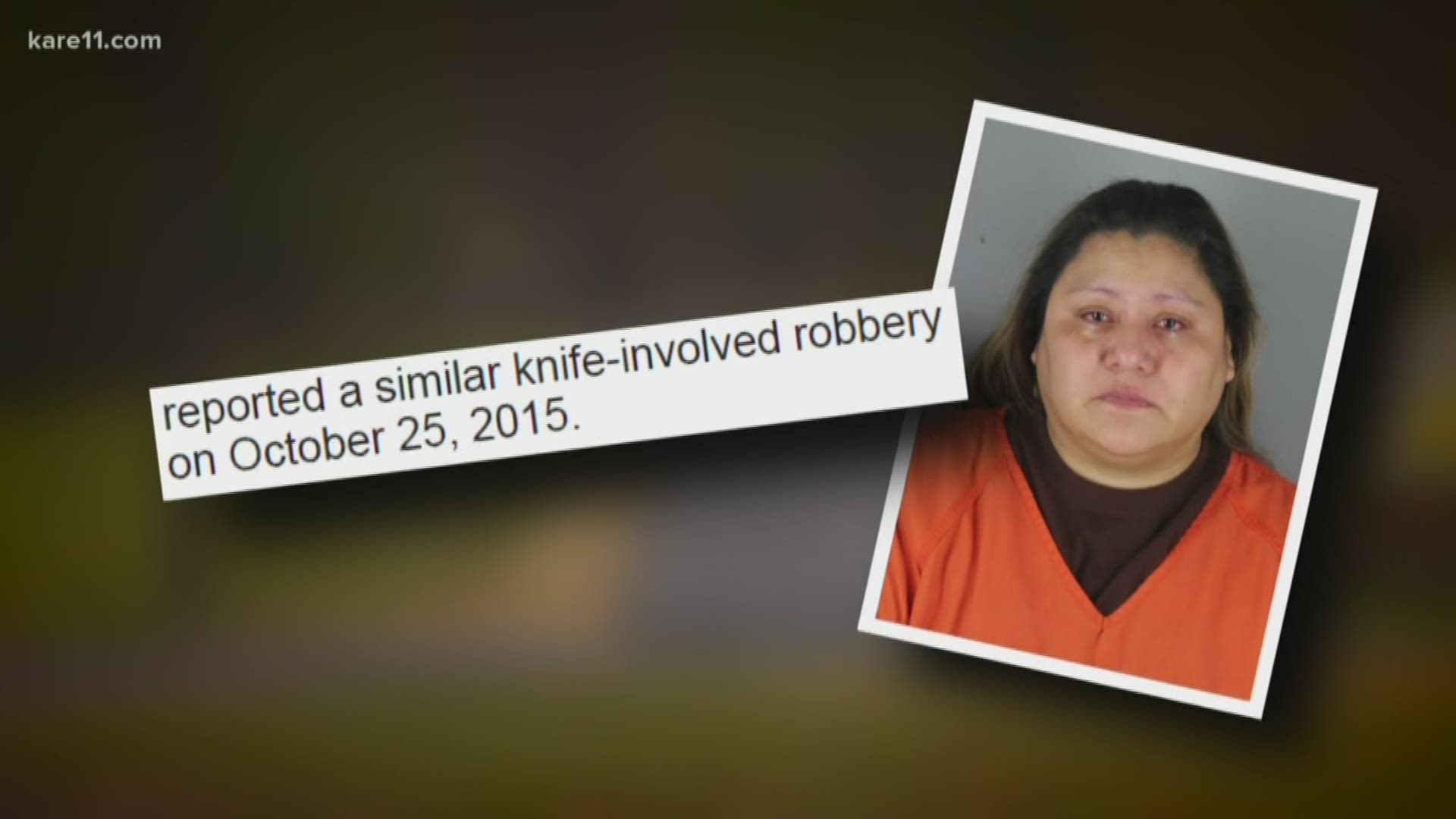 EDEN PRAIRIE, Minn. — Eden Prairie Police say a string of three similar reported armed robberies in their community over the past few years have been proven to be bogus, and that a woman has been arrested and charged in the case.

Investigators say that after the reported robberies at knife point in August of 2019, one of the victims told police that they were leaving an apartment complex after trying to visit a friend named "Judy" when the crime occurred.

During their investigation detectives identified "Judy" as Yurdia Linares, who had reported a robbery at knife point four years earlier that was nearly identical. They learned that after reporting the crime, Eden Prairie Police received a letter requesting that Linares be granted a "U Visa," which was signed by the police chief. A "U Visa" is set aside for undocumented victims of certain crimes who have suffered mental or physical abuse and are helpful to law enforcement or government officials in the investigation or prosecution of criminal activity.

OTHER NEWS: 2 Epstein jail guards charged with falsifying records, have pleaded not guilty

When questioned all the victims in the reported 2019 cases told police that they worked with Linares, and admitted the crimes did not occur. They stated that Linares told them they could get their "papers" by faking an assault. The defendant allegedly told them she had a contact in the Eden Prairie Police Department, and for $2,000 she could get them "U Visas." The fake victims told investigators Linares sliced them with a box cutter before they reported being attacked.

In an interview with KARE 11, Hennepin County Attorney Mike Freeman called the case an example of an "unusual swindle."

"She encouraged undocumented workers to injure themselves, go to police, blame it on a robbery, and use that to attempt to get a U-Visa to protect them from being deported," Freeman said, adding that the case undermines the true purpose of the U-Visa to protect crime victims. "She's abusing something that's important to a lot of other people."

The individuals who filed the false reports also said they were afraid of Linares and being deported, and told detectives she threatened that they would go to jail if they told anyone about the scheme.

The original reports of armed robberies in Anderson Lakes were quite frightening to neighbors, who use the walking paths often.

"It's a little irritating that our concerns were unfounded and it was all a scam," Jeff Thickins said, "trying to game the system."