Fortunately, none of the injuries are believed to be life threatening. 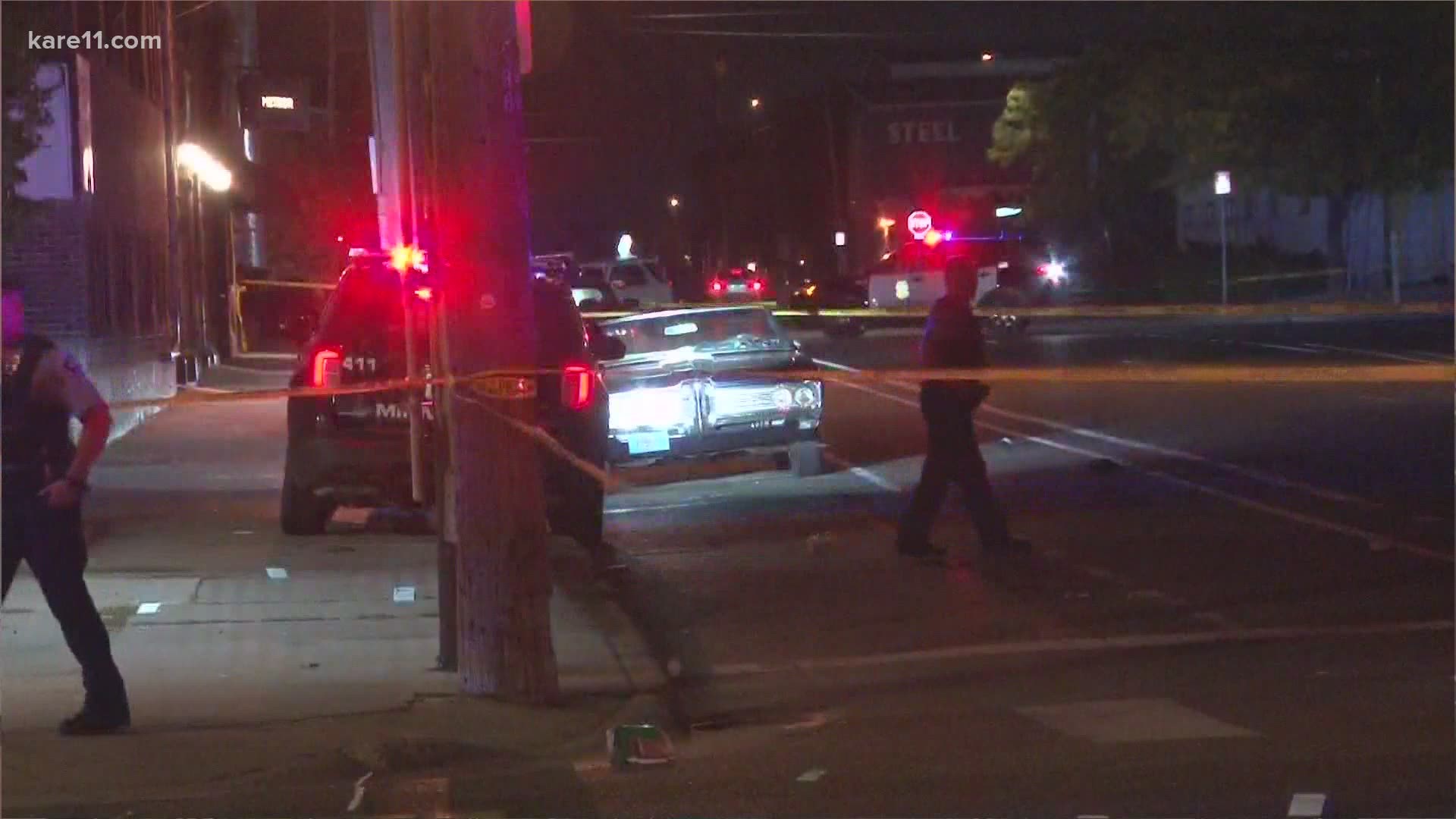 MINNEAPOLIS, Minnesota — Police say nine people were injured overnight in Minneapolis, with eight of them were shot and one person stabbed in four separate incidents.

According to a press release from police, the first incident was reported around 10:15 p.m. Tuesday. A man was sitting in his car in the 2200 block of West Broadway Ave. when an unknown person approached his car and shot him.

The man was taken to HCMC in a private vehicle, and police say his injuries are non-life threatening.

The next call to police came less than 45 minutes later, when police responded to the 3700 block of Morgan Ave. North in Minneapolis. Two juveniles were shot at while in a car. Police say they were both hit.

A vehicle with the suspects inside fled the area. The car with the victims inside accelerated after the shooting, striking several parked vehicles.

One of the victims was taken to NMMC in an ambulance. The injuries of the second juvenile were superficial, and didn't require hospitalization, police say.

The third call of the night came just after 1 a.m. Officers responded to the 200 block of West Broadway St. after a ShotSpotter notification for multiple gunshots. While driving to the scene near the Broadway Pub, police were informed that 911 callers said there were multiple victims at the scene.

Police said they located two adult victims at the chaotic scene, and were told three additional people had been taken in an ambulance to the hospital with gunshot wounds.

Preliminary investigations show that an argument had escalated into a shooting. The five victims, two women and three men, all suffered non-life threatening gunshot wounds.

In June, a man in his 20s was shot and killed in the same area. Six other people were injured in that shooting.

RELATED: One dead after Sunday morning shooting in north Minneapolis

Less than an hour later, police were called to the area near Portland Ave. South and East Lake St. in Minneapolis for a stabbing. They did not find a victim when they responded to the area, but a short time later learned that a man had walked into Abbott Northwestern Hospital with a stab wound.

Officers say the stabbing resulted from an argument between two men over money.

OTHER NEWS: 2 men injured by police projectiles during unrest sue city of Minneapolis