The 20-year-old was fatally shot by a police officer during a traffic stop. 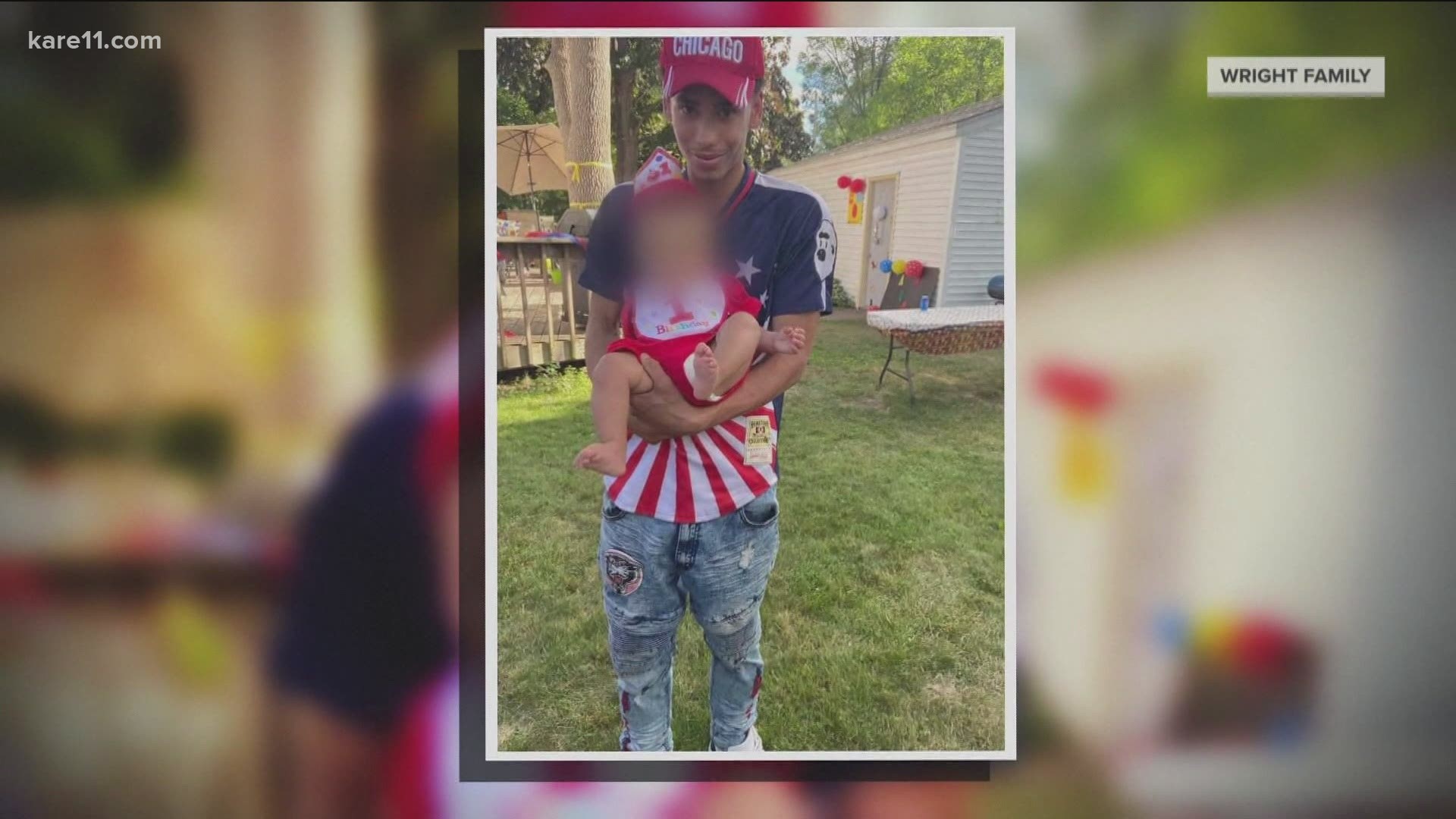 BROOKLYN CENTER, Minn. — You could hear the words dedicated to the latest Minnesotan killed in a police officer-involved shooting echo seemingly for blocks in the city of Brooklyn Center Monday night.

It was part of a Daunte Wright memorial vigil repeated by the crowd of hundreds to say his name. The vigil took place where the 20-year-old died from a Brooklyn Center police officer's gunfire. Faith leaders joined the vigil honoring Wright's life and demanded justice.

A local pastor spoke to the crowd over the loudspeaker, saying, "Isn't this child's life worth more than that of an accident."

Other speakers included Rev. Janet Rupert, who works the night shift in a local intensive care unit. Rupert conducted one of the corporate prayers during the vigil, where she called for peace as well comfort for the family of Daunte Wright. She also lead the crowd in a quiet moment in honor of Daunte.

"I just want us to take a moment for us to close our eyes and look up or have a moment of silence," Rupert said.

Another speaker expressed her exhaustion of Black men losing their lives during encounters with law enforcement officers.

Kelly Sherman-Conway offered her condolences to Wright's family, as well.

Police body cam video shows the officer firing her gun, instead of her Taser, an incident the chief called accidental. But Wright's family said they don't accept that excuse, nor does family attorney Ben Crump, who also attended the vigil.

Daunte's mother Kathy Wright pushed through grief to speak before the crowds of hundreds. She expressed her gratitude especially knowing that most of the hundreds of people at the vigil had never met her son.

"He was my son, and I can never get that back, because of a mistake, because of an accident?" said Wright's mother, Kathy.

Through tears and pain at the vigil, the crowd learned more about Wright from his family members, including his mother.

"He was a son, he was a brother, he was an uncle, He was a grandson and he was so much more," Kathy Wright said.

Daunte's brother expressed his frustration. He called his younger brother one of the best kids he's ever known. Then he shared how giving Daunte was, saying, "Everybody who knows Daunte knows what type of kid he is. He would give you the shirt off his back."

Organizers ended the vigil right at the start of curfew urging people to go home. Some of crowd remained on 63rd Street, but most took heed to the 7 p.m. curfew. George Floyd's family will join Wright's family at noon Tuesday, April 13, at a news conference set up by Crump.