Jeffrey Lo was captured and his 1- and 3-year-old daughters are reunited with their mother after an Amber Alert was issued in Cottage Grove Friday morning. 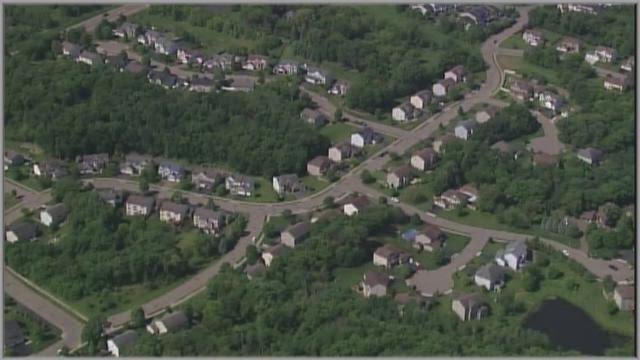 COTTAGE GROVE, Minn. — A father is in custody and his two young children are safe after a dramatic manhunt in Cottage Grove Friday morning.

The BCA issued an Amber Alert at about 8:20 a.m. after they say 24-year-old Jeffrey Lo assaulted the mother of his children and abducted their two young girls, ages 1 and 3. Lo was located and arrested in Cottage Grove two hours later.

Court records show there was already an outstanding warrant out for Lo, and an order for protection filed against him in May.

Cottage Grove Police Chief Pete Koerner said the incident began when the mother of Lo's children was loading the kids into a mini van in Cottage Grove Friday morning just after 6:30 a.m. She was unaware that Lo was hiding in the back of the van. When she started driving, Koerner said Lo moved to the front and "violently attacked" her. 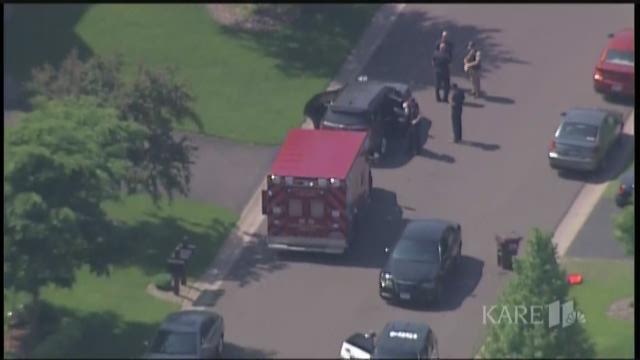 Koerner said as Lo sped off in the mini van, the victim was able to escape the vehicle, a passerby rushed up to help her and called 911. Officers arrived within a minute, Koerner said. An Amber Alert was issued less than two hours later and the public was asked to call 911 and not approach Lo if they saw him, as he was believed to be armed.

Police said they recovered the vehicle and began searching a large area in Cottage Grove with the help of 14 different federal, state, local and county agencies.

It was "accurate tips" from the public that helped officers find Lo and the children, Koerner said.

"People that were seeing him walking with two children," he explained.

Those tips kept coming in, and led police closer and closer to Lo.

"We started a much larger perimeter and then as we started identifying which neighborhood we believed he was in, you know, we were able to keep tightening up the perimeter," Koerner said.

Lo was taken into custody without incident off in a deeply wooded area just off Hinton Avenue and 70th Street. Although the children appeared fine, they were taken to Woodwinds hospital to be evaluated.

"They appear to be unharmed, which is excellent news, and they are being reunited with their mother," Koerner said.

SKY 11 footage showed authorities leading Lo to a squad car, and officers carrying the children to an ambulance, at about 10:30 a.m. The Amber Alert was canceled shortly afterwards.

Formal charges are expected to be filed within a couple of days, Koerner said. He said no weapon was found on Lo when he was arrested.

Court records show an outstanding warrant for Lo, for failing to appear at a court hearing in May in connection with criminal damage to property charges in Washington County.

Records also show there was a domestic assault order for protection (OFP) filed against Lo by the mother of his children in early May. In the petition for the OFP, she stated that he was angry that she slept on the floor, and at about 3 a.m. on March 1, he woke her up and started yelling at her.

She said in the petition that Lo pulled her hair and punched her. When she tried to go outside, she said he told her, "If you are going to go outside for help, I'm going to kill you."

On another occasion in January, she wrote in the petition for the OFP that Lo was angry that she couldn't find his phone. She said he was trying to hit her in the back seat of the car, and she asked him to pull over. She said he told her, "If you get out of the car, I will use this car to run you over," according to the petition.

She said another time in December, he threw a folding chair at her and threatened to kill her and her family, according to the petition. 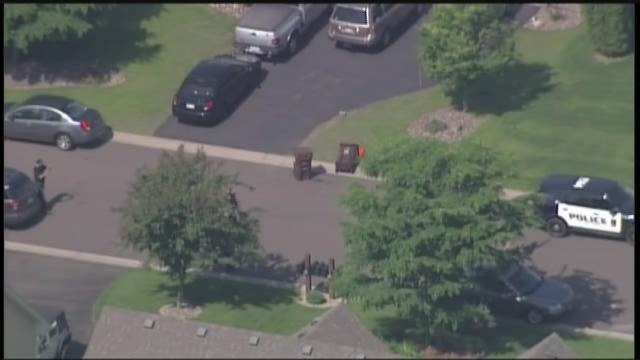 She stated when she asked for the OFP that Lo has been abusive for a couple of years, and had begun showing up at her place of work and her parents' home. She also said that he was not letting her leave the home with both of the children.

The victim's sister, Gina Yang, says Lo's arrest does not mean her family can breathe easier. "Who knows what's gonna happen in the next few months, weeks or days," she says. "He'll probably come back here. You never know cause he's done it before... he shouldn't be out anymore, he should be in prison for what he's done in the past."

According to court records, Lo was supposed to be granted temporary parenting time beginning June 8, every other Saturday, from 2:30 to 6:30 p.m. in a public place.

A police citation filed on February 5, 2019 states that witnesses saw Lo kick a taillight on a vehicle in the driveway of the mother of his children.

Emergency Management for South Washington County Schools says Crestview Elementary was on modified lockdown while crews searched for Lo. No students were in school but staff were present, according to the district.

Lo is expected to be held at Washington County Jail until charges are filed, according to Koerner.