'It's very unreal': Former girlfriend of man whose remains were found in Minneapolis speaks out

Police have ruled the death a homicide after finding the victim's dismembered body at two different locations. 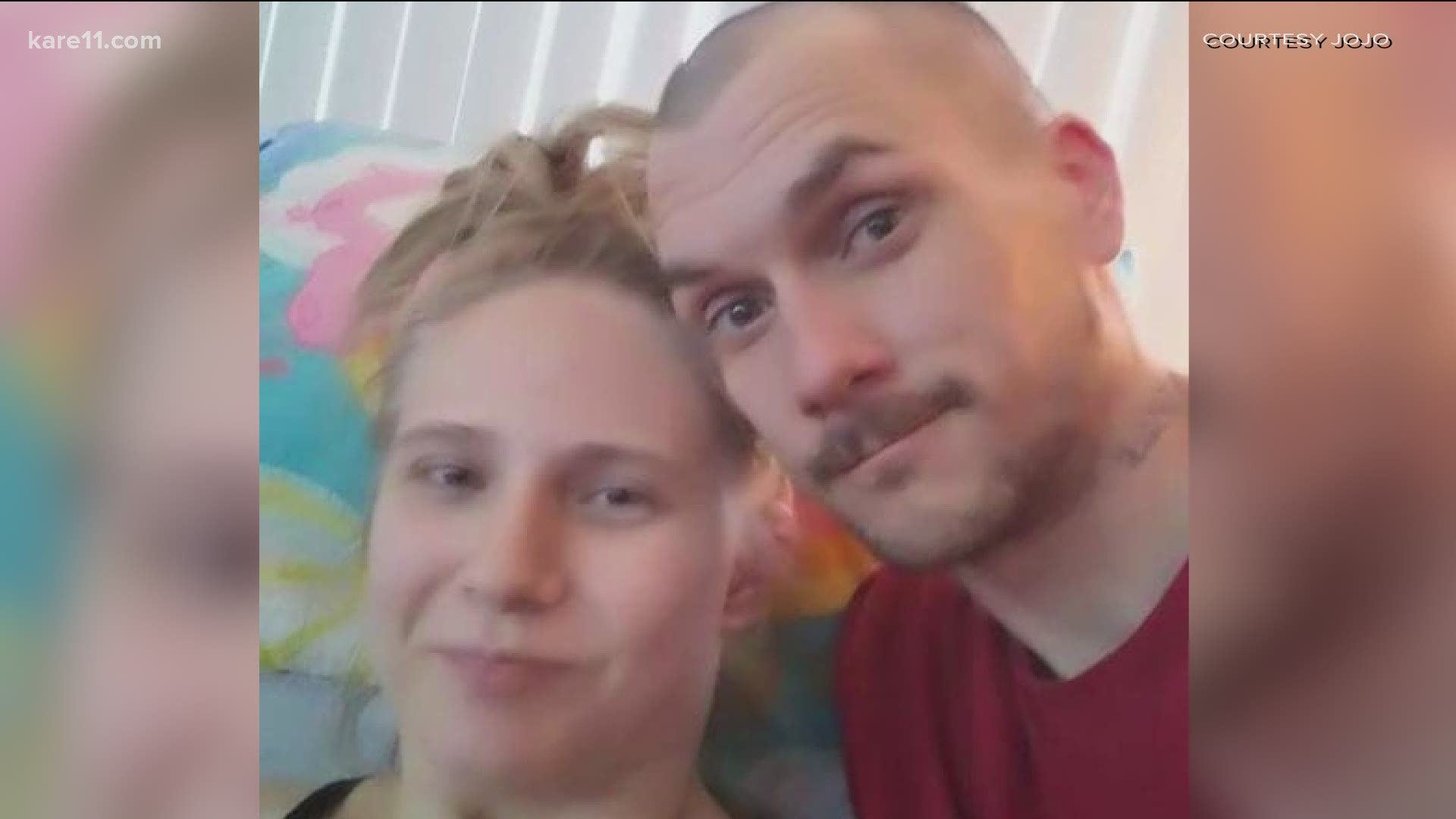 MINNEAPOLIS — Police are continuing to investigate what led up to the death of 36-year-old Adam Richard Johnson after his remains were found in two different locations in Minneapolis on Thursday.

Police say they haven't been able to locate all of Johnson's remains.

KARE 11 spoke with JoJo, Johnson's ex-girlfriend and mother to his youngest child on Sunday.

"How do you tell a 4-year-old that they’re never going to see their dad again," JoJo said. "I find out the nature of this crime and how horrific and how heinous this crime is, you can’t tell a child that.”

JoJo said she told her children that Johnson had passed away, but did not give them any more details.

Police have ruled the death a homicide and say Johnson is a person they have been familiar with.

JoJo reflected on how Johnson was as a father, and the internal struggle he was dealing with.

"As a father, he loved his children. He loved them. He would've done anything for them," said JoJo. "He was a person that struggled with mental illness."

"These last few months were a very, very hard time for him. His mental illness was playing a part in his everyday life."

Both the police and JoJo are asking for anyone who knows anything about the case to come forward.

"Please, from the bottom of my heart come forward not just for myself but for his children, we deserve answers, "JoJo said.

Moving forward JoJo says she is trying to stay strong for her kids.

"There's no words to describe how I feel and the heartache that I have now that my children know," said JoJo.

"Today is the first Father's Day without him."

A GoFundMe has been set up to help Johnson's family with funeral costs.