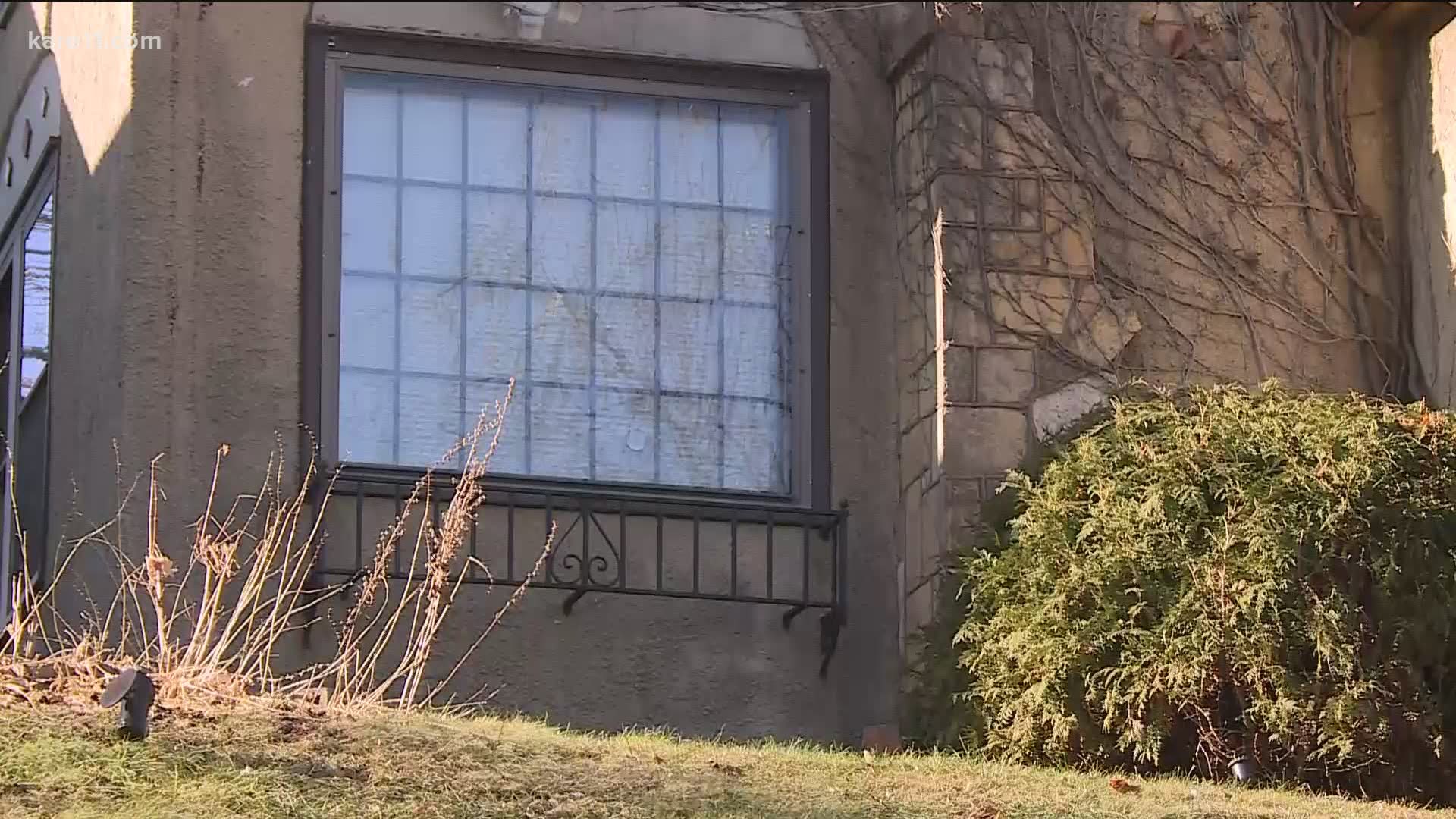 MINNEAPOLIS — Instead of making him more cautious or wary, recent attention seems to be making a serial vandal or vandals more brazen in their attacks on an elderly Minneapolis homeowner.

Just one day after working with KARE 11 on a story about repeated attacks on his mother's property, Sean Mosely contacted us to let us know that those responsible had struck again, taking a hammer or similar object to shatter windows on the home near Lake Nokomis. By his count, it's the eighth time his mother has been targeted.

"He struck again at 9:02 p.m. tonight! This guy is getting more brazen!," Mosely wrote in an email to Minneapolis police. "He seems to think it’s a game. He circles the block 8:44 p.m. to case the block and obviously feels like there’s nothing or no one to stop him."

Mosley’s 89-year-old mother Frances has called her house near Lake Nokomis home for the past five decades. “It’s a mixed community and she’s one of the longest residing residents living here,” says Mosley.

A home where she’s always felt protected and safe. That’s until this March, when Mosley says vandals smashed several windows in the home.

“Thankfully, they haven’t tried to go inside,” says Mosley.

The same vandals, Mosely says, targeted his mother’s home again in May, June, September and October.

Credit: Sean Mosely
The victim's son, Sean Mosely, says the vandals have targeted his mother seven different times, the most recent on Thanksgiving Day. He has no idea why.

The seventh act of vandalism happened on Thanksgiving day.

"On November 26th, Thanksgiving morning around 12:08 a.m., the person that has been vandalizing my mother, struck again," says Mosely.

Mosely says he believes his mother’s home is being targeted. He says it appears in surveillance video the same people are committing the crime.

Mosely says his mother keeps to herself and rarely goes outside. He says neighbors living nearby have pitched in to help replace broken window.

“We’ve added cameras, flood lights, alarms and each one of those things haven’t caused the person to pause," he says.

While he hopes by sharing the video, someone will recognize the suspects.

“They wear ski masks, they wear gloves," he says. "This last time we were able to identify the vehicle.”

He’s hoping they’re caught soon, so his elderly mother won't have to worry about someone coming in the middle of the night to vandalize her home.

"My mom is a grandmother, she’s never done anything," he says. "It's totally uncalled for unnecessary and I think the person who did this eventually they will get caught," he says.