After a gun was found on a shooting victim at HCMC, hospitals say they're committed to safety. 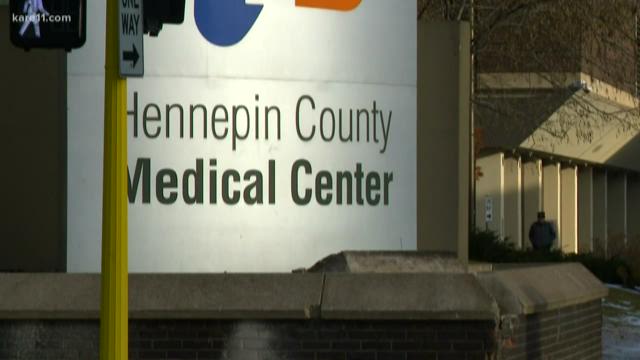 MINNEAPOLIS — Safety in hospitals has emerged as a topic of discussion after police found a gun inside a Hennepin County Medical Center room this week, according to search warrant documents filed by Minneapolis Police.

After a fatal shooting on a Metro Transit bus on Feb. 6, a second surviving victim was rushed to HCMC with a gunshot wound to the face. A search warrant application filed four days later claimed that the 27-year-old victim was "storing a handgun in his hospital room number 318," based on information from an informant. It is unclear how the gun got inside the HCMC room, but the search warrant application indicates through video surveillance that the victim had handed his gun to a woman next to him shortly after being shot.

Regardless, police said they did in fact find a revolver inside the room, which was unauthorized on hospital premises and illegal because the 27-year-old had a felony record. An HCMC spokesperson said that the victim is no longer a patient at HCMC and that all suspicious items are sent to security, which works closely with MPD and the Hennepin County Sheriff's Office.

The incident did not result in any injuries and the gun was never used, but it has raised questions about hospital security protocol.

"Honestly, this is the first time in Minnesota that I've heard of it," Carrie Mortrud of the Minnesota Nurses Association said.

But she claims it's part of a larger safety issue.

"It doesn't have to be that someone brings anything in," Mortrud said. "The issue is that we need to fix health care on the inside too, so that nurses can actually deliver care."

A Minnesota Nurses Association survey of more than 1,000 members found that 70% had reported being victims of violence. With that number in mind, the union has called for more staffing and security inside hospitals, to allow them to respond better to safety codes that may arise. MNA has also supported a bill in the state legislature that would change protocols for reporting data and allow workers to request more staffing.

"We don't have the resources to deal with it at the rate it occurs," Mortrud said.

"Our hospitals across Minnesota have been working on this issue for the last many years," Korrane said. "We have security personnel. Our staff are trained in security procedures."

The MHA has said the MNA-supported safety bill "purposely confuses the issue of workplace violence and staffing," but the nurse's union claims more resources would help them feel safer on the job.

"When you don't have those resources available and security that's available to come running to help," Mortrud said, "then it escalates further and further."