'He came to my rescue': Loved ones remember Hudson stabbing victim Cain Solheim

Friends and family of Cain Solheim gathered in downtown Hudson Monday night to remember the 26-year-old. 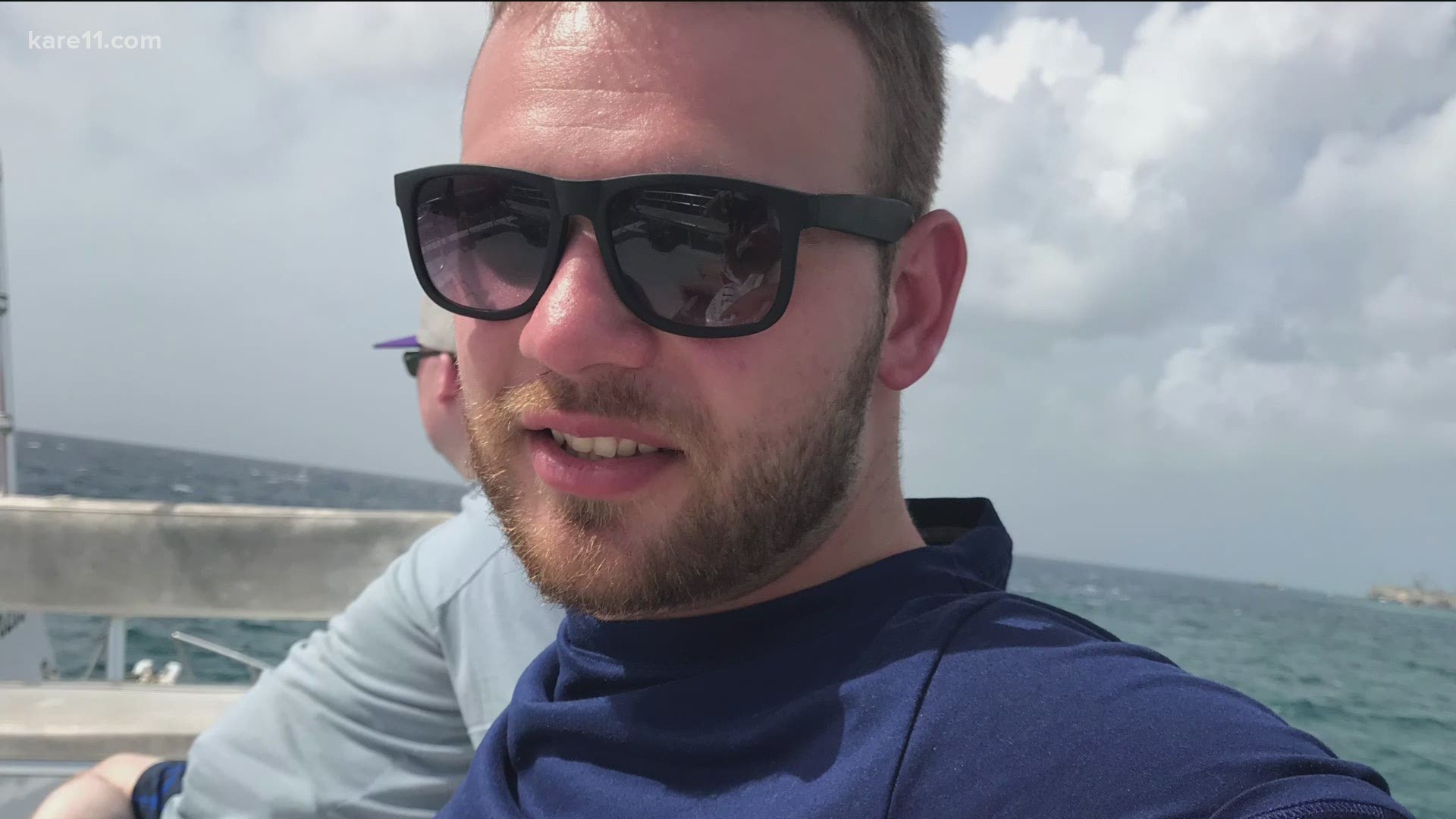 Dozens of Cain Solheim's friends and family gathered for a candlelight vigil to remember him.

According to the Hudson Police Department, officers responded to a report of a stabbing in downtown Hudson at about 1 a.m. Sunday, and found three stabbing victims in three different places within the downtown area. All three were taken to Regions Hospital.

Solheim, 26, died from his injuries.

Solheim is from New Brighton and was visiting downtown Hudson with his friends on Saturday night.

"He came to my rescue," said Yudie Kongla, who suffered a slice in the back, bruised ribs, a broken knuckle, five staples to his head and a bruised ear.

It's unclear what led up to the fight but Kongla said Solheim jumped in to help his friends.

"My buddy called him. He came running out of nowhere," Kongla recalled.

Both family and friends described Solheim as a protector; he's the oldest of a large, blended family.

"There's many times growing up where we've hurt ourselves or fell and the first person there was Cain," said Trent Hanson, one of Solheim's brothers.

Stepdad Kevin Hanson said, "My son's a great kid and this is lawless; this is senseless... We were over in Hudson a couple weeks ago and we were kind of concerned with how it was."

The Hudson City Council is discussing imposing a curfew due to the influx of people crossing the border to visit bars and restaurants with Minnesota's in-person dining on pause because of the pandemic. Hudson Mayor Rich O'Connor said he's proposing a 10 p.m. curfew for bars and restaurants.

According to Hudson Police, early Sunday the suspect vehicle was located in Blaine. Two people have been arrested and the St. Croix County District Attorney is reviewing charges.

Loved ones of Cain Solheim are gathering in Hudson for a candelight vigil. The 26-year-old from New Brighton was stabbed in downtown Hudson shortly after 1 a.m. Sunday & died from his injuries.

"It's a tragedy and it should never have happened," said Cain's mom. @kare11 pic.twitter.com/f0GFBuuFVK

"He did not deserve this at all... main thing we want is justice," said Kate Wild, Solheim's girlfriend of four years.

Solheim was a graduate of Augsburg Fairview Academy and worked as a commercial driver for UPS.

His mom said, "It's a tragedy and it should never have happened."

A GoFundMe page has been set up to help with funeral expenses. The funeral will be held on Monday.