The commotion began around 10 a.m. when St. Paul Police officers attempted to pull over a Honda Civic that had been reported as stolen. 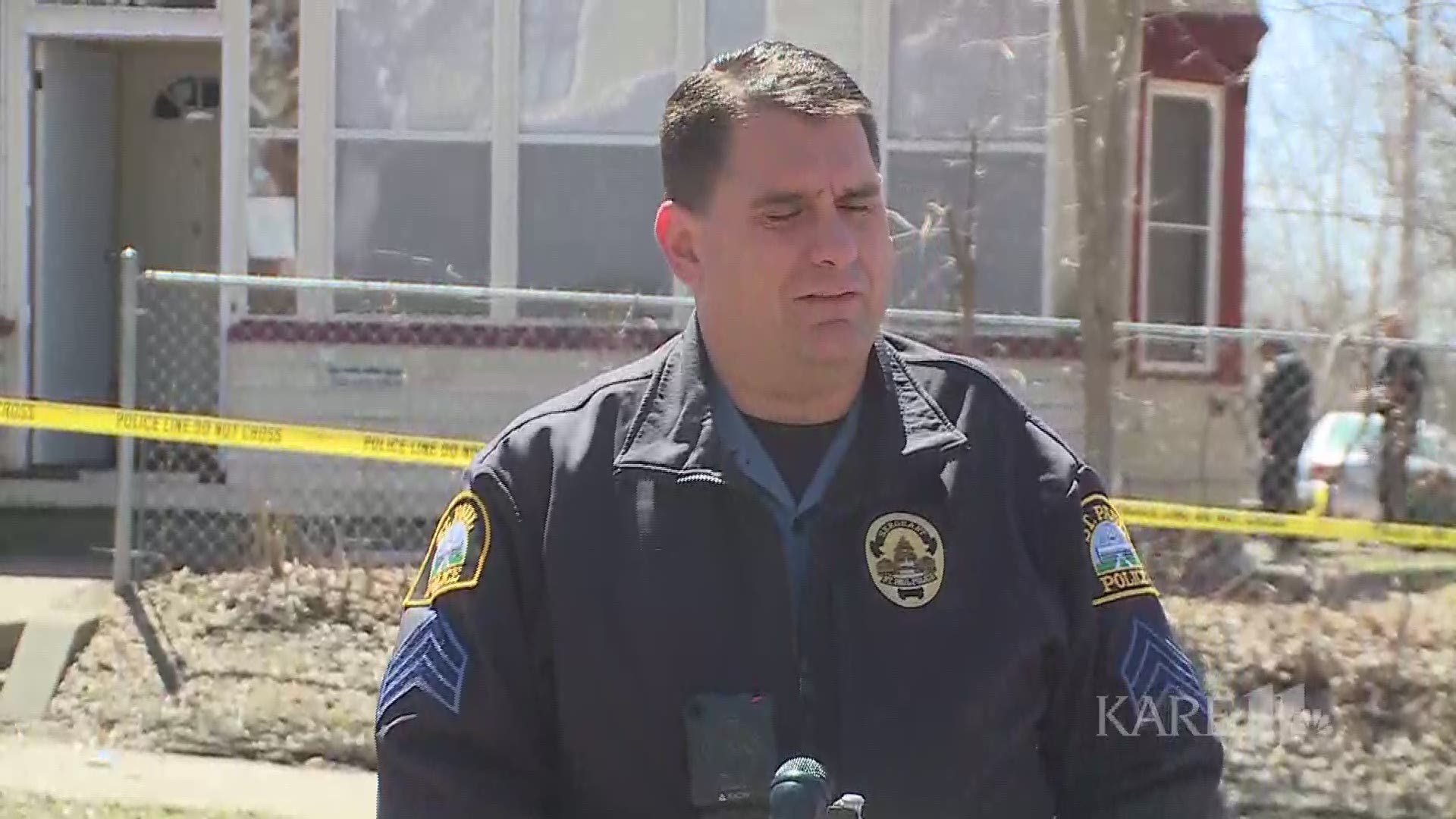 ST PAUL, Minn. — A suspect who bailed from a stolen car is being treated for non-life threatening wounds after being shot by a homeowner on St. Paul's east side Tuesday morning.

Later on Tuesday, police said the homeowner involved in the shooting has been arrested as well, on suspicion of aggravated assault.

The commotion began around 10 a.m. when St. Paul Police officers attempted to pull over a Honda Civic that had been reported as stolen. St. Paul Police spokesman Sgt. Mike Ernster says the driver refused to stop and fled at a high rate of speed, dangerously driving down side streets and alleys. When squads lost sight of the stolen vehicle the pursuit was called off.

A short time later the suspect vehicle ended up crashing with another car at the intersection of Payne and Jenks Avenues. Witnesses say multiple passenger bailed out of the crashed vehicle and ran into the surrounding neighborhood. Responding officers were searching the area when they heard multiple gunshots.

Officers soon located one of the suspects, later identified as the driver of the stolen vehicle, laying in the yard of a residence with multiple gunshot wounds. That man was taken to a local hospital for treatment. The homeowner was found nearby, in possession of a firearm. Sergeant Ernster says the homeowner turned over the weapon and is cooperating with police. Later in the day, police said on the St. Paul Police Department Twitter that the homeowner was arrested on suspicion of aggravated assault.

At this point investigators aren't saying if the suspect tried to enter the home, or suggesting any other scenario that may have led the homeowner to fire his weapon. Ernster was not sure if the homeowner had a legal permit to carry a weapon.