The search for a suspect continues after a 45-year-old man was shot Monday night. 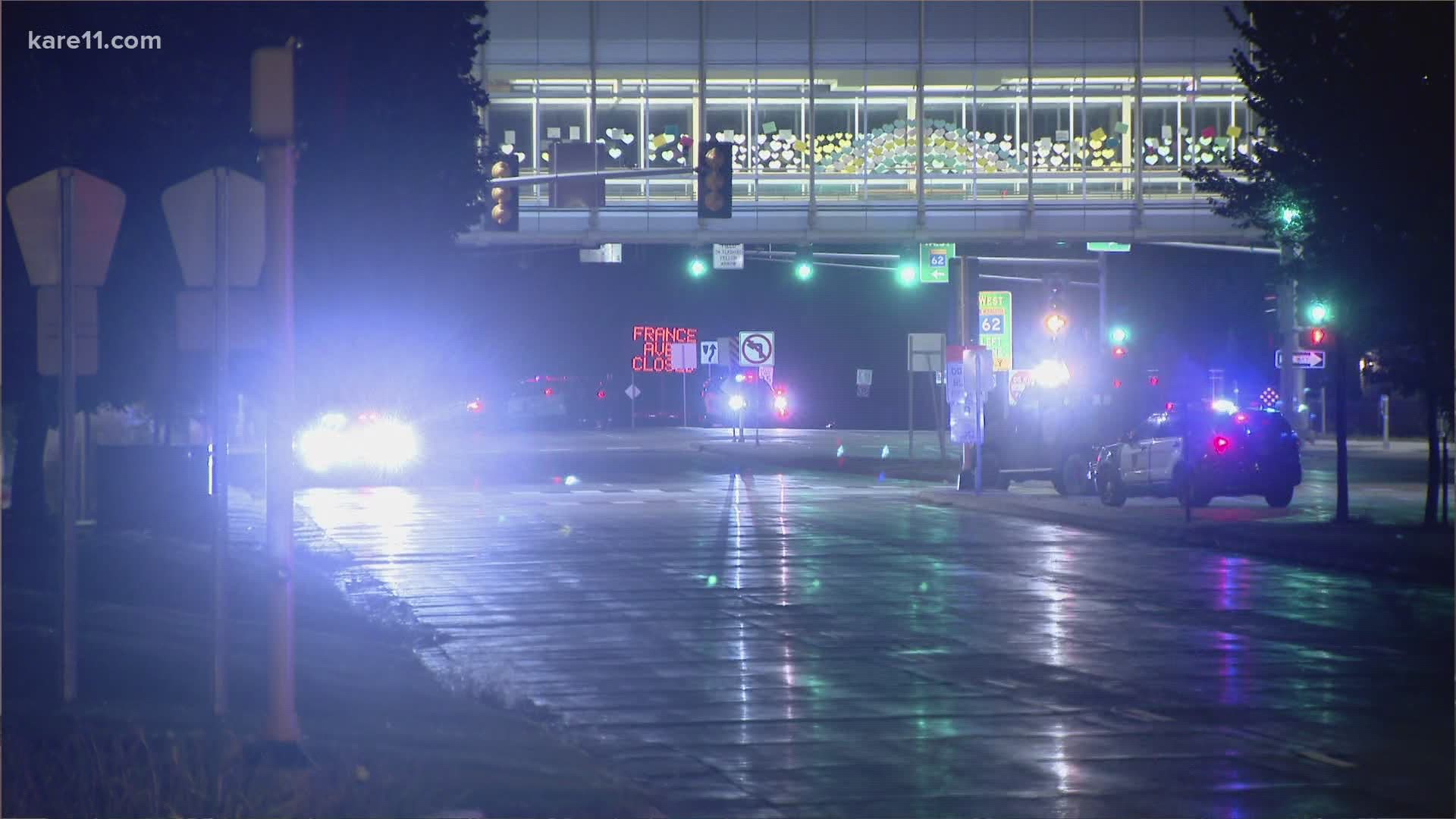 EDINA, Minn. — A reward is offered for information that leads to the arrest of a suspect in an attempted armed robbery and shooting at M Health Fairview Southdale Hospital late Monday.

The hospital and surrounding buildings were placed on lockdown Monday evening, after a violent incident Edina police say began as an attempted robbery in a parking ramp at France and 65th Ave. connected to the hospital by skyway. Police received a call just before 9:00 p.m. about a shooting on the ramp's second floor. The suspect fled the scene, but the victim, a 45-year-old man, was able to give police a description of the man.

An spokesperson for the City of Edina tells KARE 11 the man who was shot was treated for a gunshot wound to the head and then released.

Police say the suspect is an Asian male in his 30s with shaved hair and a tattoo on the right side of his neck. The Edina spokesperson says security cameras owned by M Health Fairview captured the incident, and that Edina Police are "working on a warrant" to get access to that footage.

The city announced a $5,000 reward for information that can help in locating the suspect. At this point, police have not received any tips from the public that shed light on the shooter's identity.

Edina police released images from a surveillance camera that shows someone police believe to be a person of interest, not necessarily a suspect.

Credit: City of Edina
Police are looking for any information locating this man, who is a person of interest involved in Monday night's shooting inside a parking ramp at M Health Fairview Southdale.

The lockdown on the hospital and surrounding buildings was lifted around midnight. A spokesperson for M Health Fairview says the hospital has increased security presence, patrols and safety escorts across the entire Southdale campus.

The search for the suspect is ongoing. Edina Police urge anyone with information to contact them at 952-826-1600.

M Health Fairview Southdale hospital and surrounding buildings are on lockdown after a shooting in the parking lot. Edina spokesperson says a male victim is being treated at the hospital, while police search for a suspect. Area residents are being told to stay in their homes. pic.twitter.com/3zt4zLN4ka

OTHER NEWS: Juvenile skateboarder struck by vehicle in Minneapolis