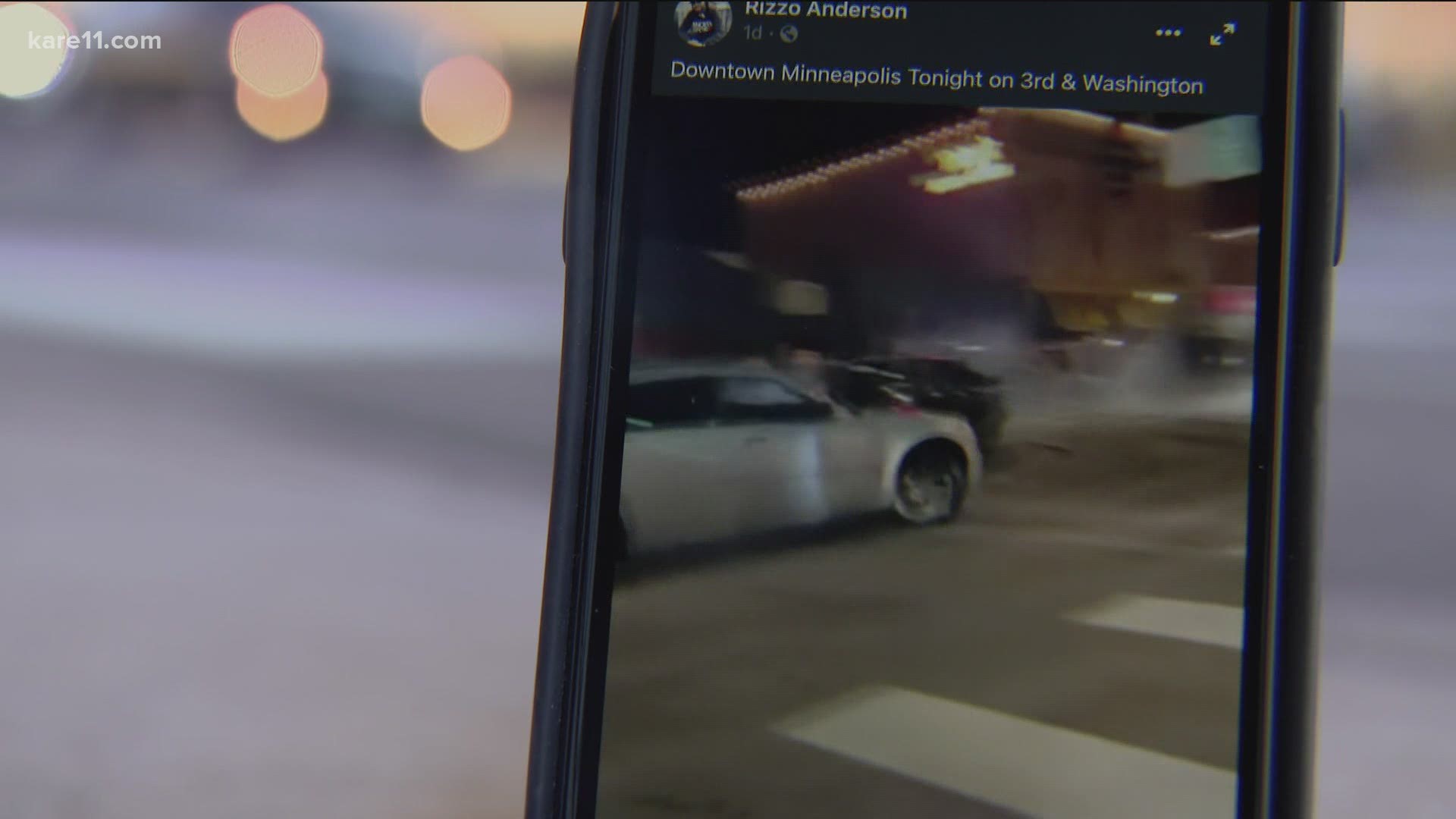 MINNEAPOLIS — After a video spread last week of a crowd blocking an intersection on Washington Avenue in the North Loop as cars burned out and one man watched from atop a street sign, a lot of people asked why police don't just drive in there and pull over those cars.

A video just posted to Youtube shows how hard it can be if police don't have the numbers to go into a crowd of that size, as people on foot surrounded the squad car, kicking it, throwing things at it and eventually breaking a window.

"I've never seen this where they gather, tear up the roadway, attack police officers when they arrive on the scene, I've never seen anything like this before," said Lt. Nick Torborg of the Minneapolis Police Department 1st Precinct.

On Saturday night, Torborg led a special detail meant to bust as many hot rodders as possible.

Like a flash mob, the hot rodding began under the overpass by the downtown farmer's market. And police started pulling people over.

"We moved in and tried to enforce any traffic law we could, basically," Torborg said.

MPD had enough manpower with the help of Hennepin and Ramsey County Sheriffs, transit police, the state patrol and Brooklyn Park police.

They made 62 traffic stops, wrote 27 tickets, made 14 arrests and recovered four guns.

One of the arrests was for child endangerment.

"Believe it or not, one of the worst offenders, it was a Corvette. (It) was driving extremely recklessly at a high speed down Lake Street. When officers caught up with the vehicle there was a six-year-old inside the vehicle with them," Torborg said.

Another arrest made downtown was that of one of the most prominent hot rodders in the group who allegedly caused $9000 thousand damage to a downtown intersection last month.

Police hope the operation deters the hot rodders, if not putting an end to the growing trend.