Police said a man is being held in connection to her death. 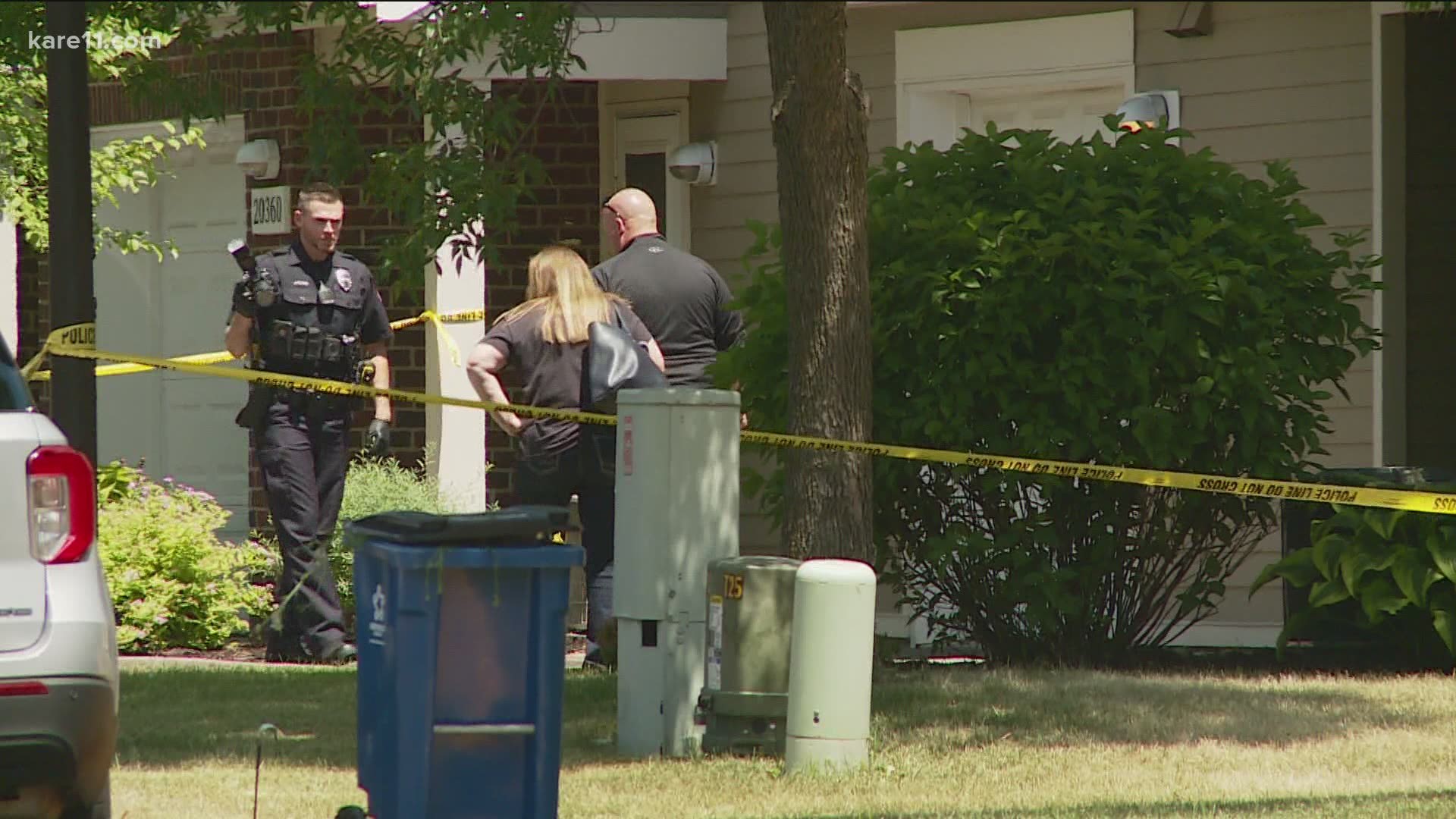 LAKEVILLE, Minn. — Lakeville police are investigating after the body of woman was found early Tuesday morning.

According to a press release, police were called by another agency around 2:40 a.m. to check on the welfare of a woman in the area of 203rd Street and Icefall Trail in Lakeville.

When police arrived, they said they found the woman dead in a parking lot. Officials have not released her name at this time.

A man is being held by police in connection with the case, according to the press release. Law enforcement does not believe there is any danger to the public.

A daycare near the scene is closed for the day as the investigation continues.

"Although police have indicated the situation is unrelated to the operation of the school, our Lakeville location will remain closed for the remainder of the day, and current students are learning at our other locations to avoid any distractions or disruptions," a spokesperson for New Horizons Academy wrote to KARE 11. "At this time, we expect to reopen our Lakeville school tomorrow with standard operating hours."

Police say the investigation is still in the very early stages, and little information has been released about what may have caused the woman's death.

Mary Smith, who has lived in a nearby townhouse community for 10 years, watched as police walked in and out of one of her neighbors’ homes to investigate. “I still can’t remember but maybe she has kids, I want to say, because most families have kids, because this is a family townhouse program,” she says.

While police say a man is in custody in connection to the death and say there is no credible threat to the community, neighbors here are still on edge.

“It’s heartbreaking,” says Smith. “I got an email from the daycare saying we couldn’t drop off our kids to the daycare because of an investigation from Lakeville police. I contacted the police department because, as a mom, I’m frantic about what’s going on.”

The Minnesota BCA Crime Scene Unit and medical examiner were on scene for most of the day, and are assisting Lakeville Police during this investigation.

The daycare will reopen as scheduled tomorrow.

MORE NEWS: 'It's very unreal': Former girlfriend of man whose remains were found in Minneapolis speaks out