Kenneth Lilly's attorney said prosecutors offered a deal that would have the security guard plead guilty in exchange for a minimum 74-month sentence.

MINNEAPOLIS — The man accused of shooting a Minneapolis school bus driver on I-35W following a fender bender last February has turned down a plea deal, and will move ahead towards a trial. 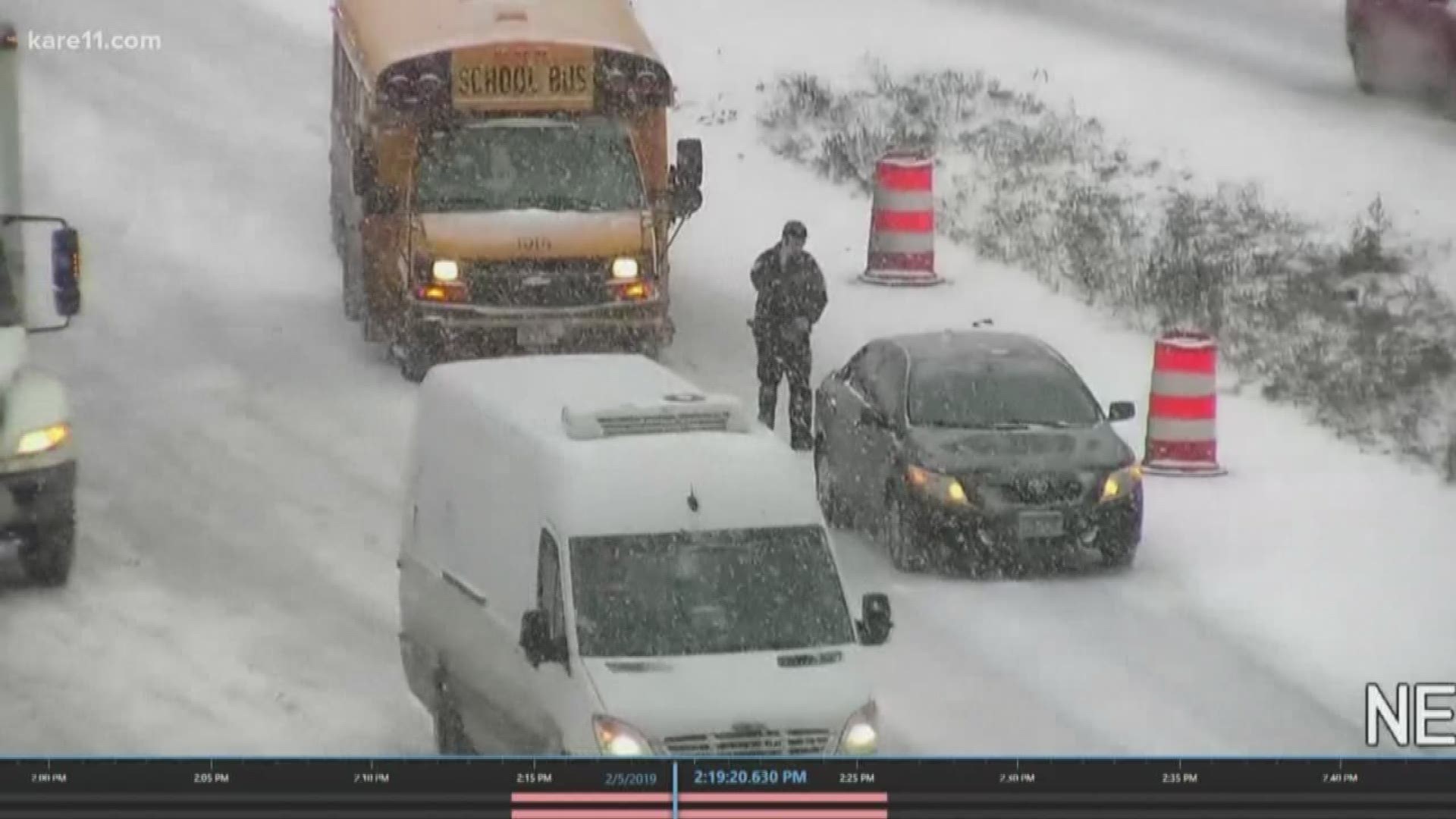 Kenneth Lilly's attorney said prosecutors offered a deal that would have the security guard plead guilty in exchange for a minimum 74-month sentence. Instead, Lilly entered a plea of not guilty, will take his chances and move towards trial with his next court date set for July 25.

The criminal complaint charging Lilly with attempted murder says the shooting happened the afternoon of February 5 after the driver of a mini-school bus tried to merge onto a crowded I-35W near Chicago Avenue and the I-94 split. Other motorists say the bus apparently scraped Lilly's sedan. The bus driver later told authorities he didn't know he hit the vehicle, but black paint from Lilly's vehicle was later found on the school bus.

Traffic cameras recorded the defendant getting out of his vehicle and approaching the bus, but the driver wouldn't let him on as there was a student aboard. At that point video shows Lilly walking in front of the bus and firing five shots through the windshield, wounding the driver. Lilly would tell responding officers that he shot in self-defense, fearing his life was in danger.

At Thursday's hearing Lilly's attorney said his client hopes both the driver and a child who was aboard at the time of the hearing are recovering.