By the time first responders arrived, the trailer was engulfed in flames. They quickly learned that a woman was inside the burning home. 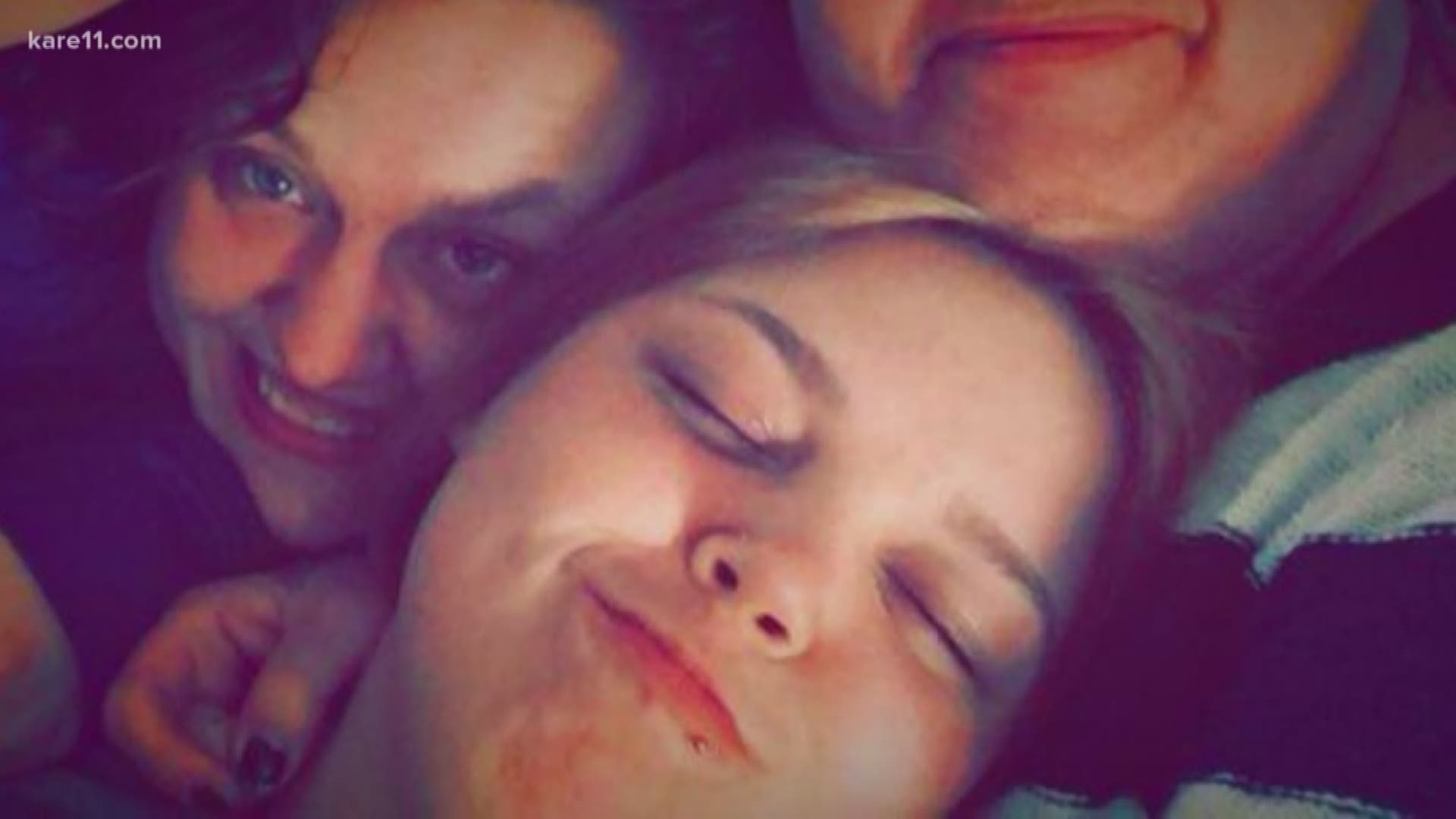 PAYNESVILLE, Minn. — A Paynesville man has been charged with felony murder in the second-degree in relation to the death of his 22-year-old daughter.

The criminal complaint states that 46-year-old John Sean Newport is being charged for setting a mobile home on fire, which killed his daughter, Jamey Newport, Monday night.

Police were called to trailer number 20 at 420 Minnie Street just before 7 p.m.

When an officer arrived to the scene, he could hear screaming from the rear of the mobile, but he could not gain access. The officer quickly learned that Jamey Newport was inside the burning home. He returned to his vehicle to retrieve a fire extinguisher, and proceeded to kick the rear door open and deployed the fire extinguisher.

Jamey Newport was rushed to Paynesville Hospital where she was pronounced dead.

John Sean Newport was identified and arrested at the scene of the fire. Investigators said he attempted to run into the home, but an officer had to restrain him to “prevent any further injury,” according to the criminal complaint. He was taken to St. Cloud Hospital for treatment of some injuries and then to the Stearns County Jail.

Police found a Facebook post in which John Sean Newport expressed his intent to burn down the mobile home, according to the criminal complaint.

On Thursday, family members — including Jamey's mother — said John Newport had a long history of mental health issues and had been in and out of institutions. They acknowledged his previous post about burning the home down, but they do not believe Newport knew his daughter was inside when he poured and lit the gasoline.

"I wanna say it was a freak accident," Jamey's mother Tonya Watts said. She attended John Newport's court appearance on Thursday. "He looked at his daughters and said he was sorry, that he loved them, and that he tried to get their sister out."

A cousin, Autumn Laskey, said father and daughter had been arguing over fixing the car before the fire was set. John Newport then left the home, she said, before returning some time later.

Laskey and Watts both said they believe Newport may not have seen his daughter's car and thus may have thought she wasn't inside.

"It doesn't excuse any of it," Laskey said, "but there's no way he knew she was in that house."

Jamey Newport, who would have turned 23 in October, was a dedicated environmental advocate who volunteered with the Conservation Corps. She also held a deep fondness for animals, served as a beloved employee at Casey’s General Store and forged connections with thousands of Facebook followers as far away as Australia.

“She cared about everybody,” Laskey said, “and every living thing.”

The family has launched a GoFundMe to cover costs of a memorial and arrangements.

"She was outgoing, she was easy to take care of, she was independent," Jamey's mother said. "It said. Can't have her back. Wish I could."

John Sean Newport's next court appearance is set for August 5. His bail has been set at $2 million without conditions or $1 million with conditions.