According to the criminal complaint, Nicholas David Kraus is charged with intentional second-degree murder and second-degree assault with a dangerous weapon. 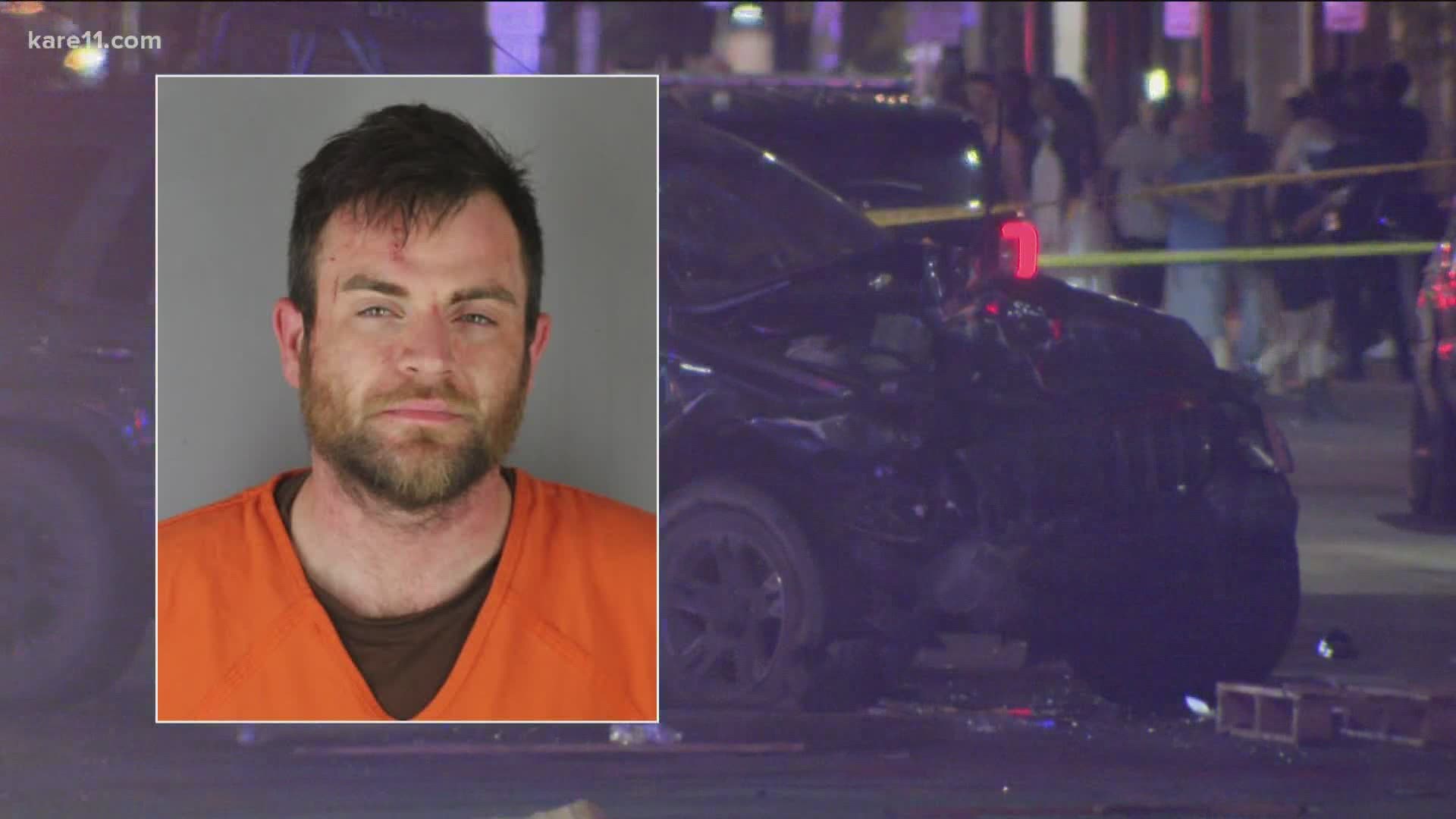 MINNEAPOLIS — Murder charges were filed Wednesday in the crash that killed a protester late Sunday night in Uptown.

According to a criminal complaint, 35-year-old Nicholas David Kraus is charged with intentional second-degree murder and two counts of second-degree assault with a dangerous weapon.

Minneapolis Police say Kraus allegedly drove into protesters Sunday, striking a parked car that hit and killed 31-year-old Deona Marie. According to the criminal complaint, Kraus admitted to having no license due to drinking, and police noted Kraus may have been under the influence at the time of the crash.

Court records show Kraus has a long history of driving intoxicated in Minnesota that dates back 14 years. Despite that, records also show the courts sometimes didn't hand down a full sentence.

According to the criminal complaint, another protester who was injured in Sunday's crash said Kraus appeared to accelerate as he was approaching the crowd. The witness said they were injured when Kraus drove into another a vehicle and one of the two vehicles pushed the witness into a chain-link fence.

Surveillance video that captured the incident shows Kraus driving into a parked vehicle, then driving the vehicle back into the crowd of people, the complaint reads. The video also confirms the claim that Kraus accelerated before striking the other vehicle.

In a released statement, Hennepin County Attorney Mike Freeman said he is shocked at the current level of violence in our streets. “The defendant, Mr. Kraus, in the Uptown fatal incident in which he struck and killed a peaceful female protestor while intoxicated, and injured additional protestors, is an extreme and violent intentional act. His behavior and admittance to intentionally driving towards the protestors is one important reason why we have charged him with intentional second-degree murder.”

Kraus, who faces a maximum 40-year prison sentence for the murder charge, will make his first court appearance Thursday at 1:30 p.m.