Emmanuel Aranda, age 24, appeared in Hennepin County Court on what was supposed to be an omnibus hearing but instead entered a guilty plea to a charge of first degree attempted murder. 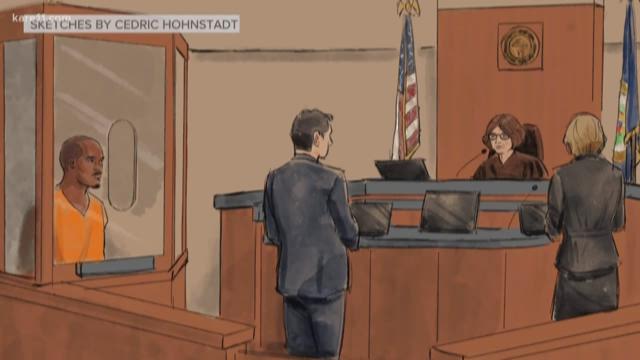 MINNEAPOLIS — In an unexpected move the man accused of throwing a 5-year-old boy over a third story balcony at Mall of America pleaded guilty to attempted murder Tuesday, in exchange for a sentence of 19 years. 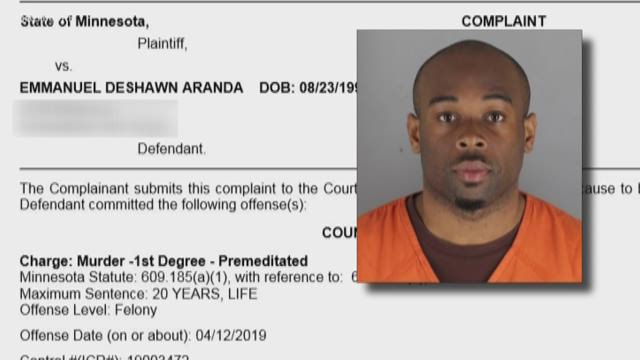 Emmanuel Aranda, age 24, appeared in Hennepin County Court for what was supposed to be an omnibus hearing but instead, entered a guilty plea to a charge of first degree attempted murder.

KARE 11's Lou Raguse was in court when the plea deal was announced. He posted on Twitter that while the sentence is for 19 years, Aranda will be eligible for release in just 12 which is standard according to Minnesota sentencing laws. That would make him 36 years old when eligible for presumptive release. While some will complain the punishment is grossly inadequate, state guidelines for this conviction were between 162 and 228 months, which is around 19 years. The deal agreed to is the toughest sentence prosecutors could hope for without petitioning for an aggravated sentence.

Raguse reports that Aranda's attorney said his client wanted to take responsibility for what he did. His defense attorney maintained he couldn't go further into Aranda's remorse for the crime because of attorney-client privilege, but insisted it was 100% Aranda's decision to plead guilty.

The little boy, known only as Landen, suffered severe head injuries and broken bones in the three-story fall. While his condition was initially critical, the 5-year-old's family has issued a series of updates on what they have called his 'miraculous' recovery.

On Monday a family spokesman issued a new update on the boy's GoFundMe account.

Hello everyone! Thank you for the continued support and prayers that continue to come in! Your efforts continue to help make a difference. Landen's family has released a statement this afternoon and I wanted to share it with you all:

"As hearings begin this week, the family would like to inform media that they will not be providing commentary on any court proceedings. The child continues to heal and the family asks for continued prayers and privacy.

Landen's mother told Bloomington Police that she and her son were standing in front of the Rain Forest Cafe April 12 with a friend and her child when a man they didn't know, later identified as Aranda, approached them and came very close. She asked him if they were in the way and should move, and without warning, the defendant picked up her son and threw him over the railing.

When questioned by Bloomington investigators, police say Aranda told them he had formed a plan to kill someone at the mall the previous day, but that it "did not work out," so he returned to the mall on Friday. He said that he had planned to kill an adult as they usually stand near the railing, but chose the young victim instead. During the interview detectives say Aranda acknowledged repeatedly that he had planned and intended to kill someone at the mall that day and that he was aware that what he was doing was wrong. A review of video surveillance at the mall showed Aranda walking in the mall on the third floor and looking over the balcony several times before approaching the victim.

Aranda allegedly went on to say that he had been coming to the Mall of America for several years and had attempted to talk to women but was repeatedly rejected. That rejection caused him to lash out and be aggressive.

In court Tuesday both defense attorneys and prosecutors went through the sequence of events to make sure Aranda agreed on the facts of the case. Prosecutor Cheri Townsend felt it was a fair deal.

"I think it’s a good result. The family then will have resolution to the case fairly quickly. They can focus where they are focused, which is the healing of their child.

When asked if Landen's family was in favor of the plea deal, she didn't hesitate. "They were supportive, absolutely."

Aranda's mother Becky was in court and afterwards told Raguse her son needs help for mental illness and doesn't belong in jail. She says she wasn't allowed to visit him, and told reporters that Aranda was acting erratically in the days leading up to the crime.

Sellers concurred, telling reporters that while Aranda was competent and mentally sound enough to enter and understand his plea, "A review of his history would show a pretty sad state of the lack of mental health care provided to people in this country."