Police say it was a targeted attack and bystanders were hit by bullets. 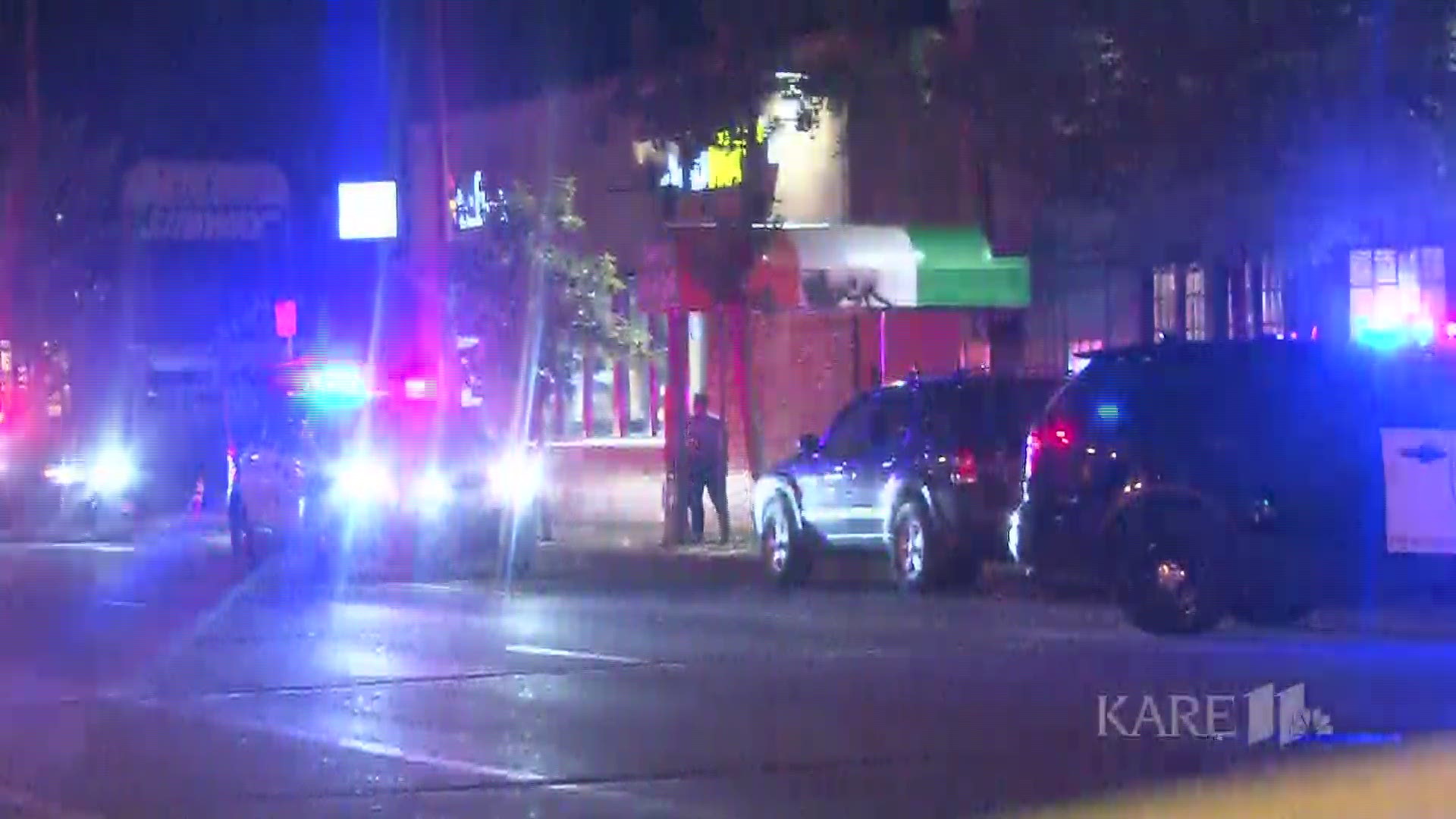 MINNEAPOLIS — Five people were injured in an overnight shooting in the Minneapolis neighborhood of Dinkytown, according to police.

Minneapolis police spokesperson John Elder said officers responded to the area of 14th Avenue and 4th Street SE at 11:51 p.m. Friday, on a report of shots being fired.

When officers arrived they found five people with gunshot wounds. None were life-threatening, and two were described as "graze" wounds, according to Elder.

Elder said the shooting appears to be a targeted attack and bystanders were hit by bullets.

"We don't believe we have someone going out and shooting innocent people intentionally," Elder said.

The five victims were brought to the hospital by ambulance. All five were adults, three men and two women.

The suspect fled the scene before police arrived. Police told Kare 11 Saturday afternoon that they have "substantial leads" as to who the suspect is.

The University of Minnesota sent out a crime alert about the shooting just after midnight. They said the suspect description is limited, and advised people to stay out of the Dinkytown area.

University of Minnesota senior, Kori Trkelsen was at home when the shooting happened but had to go to work in the area on Saturday morning.

She says she was a "little nervous" going into work, and she is more hesitant to be out at night.

"If I'm going to be here once it gets dark outside then it's a little more nerve-racking," Trkelsen said.

Police say at this time there is no threat to the public because it was a directed attack.

"This is not an area where we've had a lot of challenges," Elder said. "This is an anomaly for the area with gunshots and people being shot.".

OTHER NEWS: Police identify man whose partial remains were found in NE Mpls

OTHER NEWS: Yes, the post office is open on Juneteenth in 2021